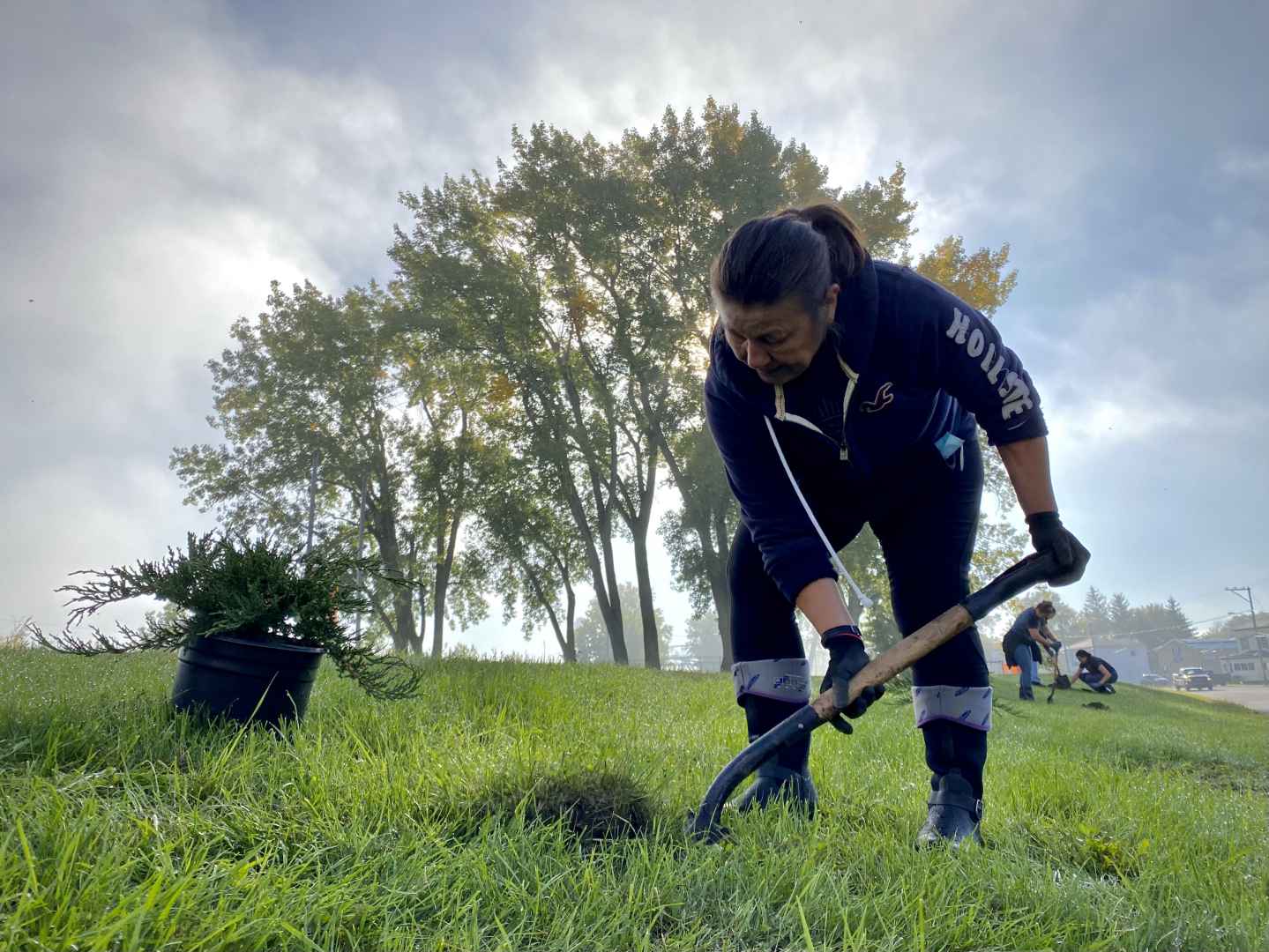 When it comes to the fight against climate change, planting trees is part of the solution.

Between Monday, October 4 and Saturday, October 9, the environment office set out to plant 475 native trees and shrubs in public spaces across the community.

Marina Gosselin, Environmental Projects coordinator for KEPO’s Climate Change Project, said exact locations were determined using a report produced by the organization, identifying some of the vulnerabilities the community faces with the climate crisis.

“We made multiple maps using satellite images showing clear days during the summer months so that we could see
which areas of the community are consistently warmer than others,” explained Gosselin.

“We found that those areas tend to be more developed, have more concrete or buildings, as opposed to greener areas, which are generally cooler.”

In addition to trees’ ability to trap and convert CO2, they concurrently contribute to reducing heat by providing natural sources of shading.

“They improve our air quality and temperature, so they’re quite beneficial to any community when it comes to climate
change,” noted Gosselin.

Along with the immediate environmental perks of planting hundreds of trees, the initiative further allows for increased engagement and awareness among community members.

“Sometimes my wife and I talk about how nice it would be to plant one tree at a time, so this is why I told myself that this
was something I wanted to be a part of,” said Dwayne Kirby.

When the Kahnawa’kehró:non joined fellow volunteers at the Linear Park on Monday, the excitement was palpable.

“It was so nice and warm to be participating there with several other volunteers from (within) and outside the community,” said Kirby.

On Thursday, it was First Nations Regional Adult Education Center teacher Kanerahtiio Hemlock’s turn to pick up a
shovel.

“Two years ago, when the environment office did this for the first time, the whole centre came out to help,” he recounted.

“This time around, I was only able to bring one student. But we figured two people are still better than none!”

Sure enough, FNRAEC student Honnie Robertson played his part in helping the community achieve its goal.

“It’s really nice to see everyone out here today. I wanted to help too,” said Robertson, who lent a hand at the Orville Standup Memorial Park.

By encouraging students to engage in actions to counter climate change, Hemlock hopes the same approach can inspire
others on a larger scale.

“This is also about showing by example what one small community can do in terms of fighting climate change,” said the educator.

As was the case with identifying different locations, Gosselin explained that the choice of trees must also consider local
factors.

“It’s important that we plant native species because they are the ones adapted to the climate that we’re in, as opposed to
exotic species that may not do so well,” pointed out the KEPO coordinator.

While leafy trees such as oak and maple are primarily being planted, Kahnawa’kehró:non will also see smaller fruit trees and shrubs appear across town.

According to Gosselin, the shrubs are beneficial in offering direct coverage for surface areas, while trees with berries and
fruits are valuable to the local biodiversity. “We need to maintain native species in the area because it’s safer for the wildlife as well,” added Gosselin.

In continuing the Climate Change Project which the Há’o Tewaiéntho! Let’s Plant! initiative is a part of, KEPO aims
to notably offset the effects of higher temperatures and heatwaves in the community.

As this year’s five-day planting event draws to an end, participants can reap the joy of knowing they are actively contributing to building a better future for the generations to come.

“There were a lot of much younger people than me there, and this was really inspiring to see for me,” said Kirby. “Seeing
so many volunteers when I was there made me want to give something back to the community.”