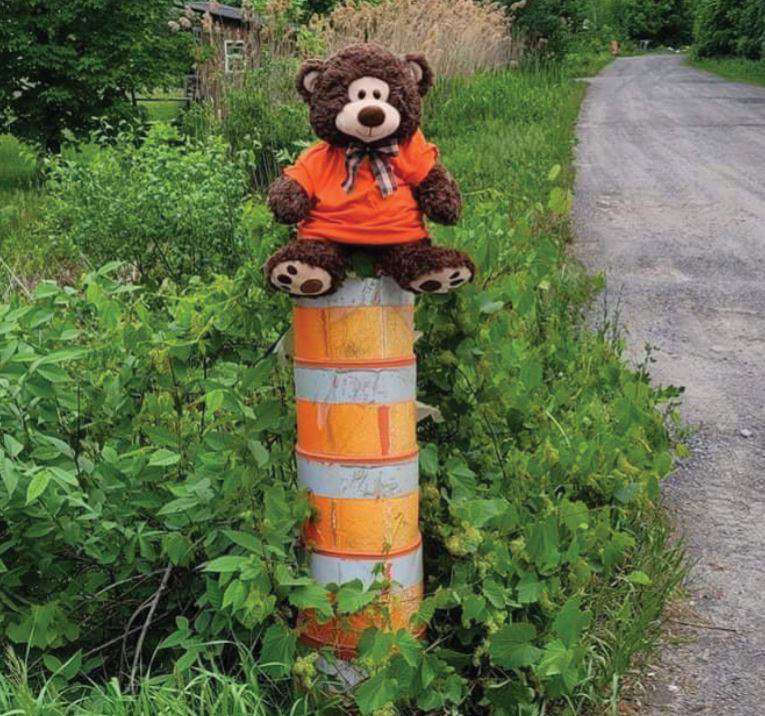 The verdict in Kahnawake is unanimous: all offices and organizations will be closed on September 30, as the community declares the first National Day for Truth and Reconciliation (Orange Shirt Day).

“On September 30, we are choosing to honour the memory of those victims lost or affected by this federally-mandated tool of systematic assimilation.”

On September 10, Kahnawake’s Executive Directors Committee, which represents nine community organizations, announced they had unanimously chosen to follow suit by declaring next Friday a day of reflection.

The legislation passed by the federal government on June 3 established September 30 as a national statutory holiday.

As one of the 94 calls to action from the Truth and Reconciliation Commission (TRC) report released in 2015, the passing of this bill represents a direct response to the report’s call to institute a holiday honouring survivors, their families, communities, as well as ensuring that public commemoration of the legacy of residential schools is a vital component of Canada’s reconciliation process.

“Only time will tell how far the government will hold themselves to their words, but having this holiday is a step in the right direction for some sort of reconciliation,” said MCK chief Harry Rice, who is one of many to have made significant strides locally to promote the movement.

Since 2013, the community has concurrently been marked by “Orange Shirt Day,” which every year brings Kahnawa’kehró:non together to honour the thousands of Onkwehón:we children forced to attend residential schools, along with the families who suffered these traumatic losses.

The federal holiday date was chosen as a nod to the day of remembrance created in 2013 by Stswecem’c Xgat’tem First Nation member Phyllis Webstad, who at six years old was stripped of her orange shirt when she entered a residential school.

Every September 30, Kahnawake organizers Helen Jarvis Montour, June Stacey and Curran Jacobs have been promoting this memorial day, which, as Rice expresses, strikes a heavy chord.

“We’ve all been affected by residential schools one way or another. For myself, my dad was a residential school survivor,” said Harry Rice. For six years, the chief’s father attended one of the Spanish Indian Residential Schools in Ontario.

Rice’s involvement with the movement extends beyond his work with MCK.

As the coach of two local girls’ soccer teams, Rice said he was touched to have players collectively agree to change their uniforms’ colour from purple to orange, a simple gesture that speaks volumes.

“It was very heartwarming to know these young girls had a little bit of an understanding about the atrocities that happened to our ancestors,” said the chief. “Especially since, when I say ancestors, I don’t mean the ones from hundreds and hundreds of years ago – I’m talking about our grandparents and parents.”

While the National Day for Truth and Reconciliation is implemented at the national level, Quebec premier François Legault objected to the suggestion to add a statutory holiday.

“It almost comes as no surprise that they’re not instituting this,” expressed Rice. “It just goes to show that the Quebec government doesn’t want to reconcile with the Native communities – not only those in Quebec but across Canada.”

According to the TRC, an estimated 4,100 to 6,000 children died while in the care of the federally-funded institutions operated by the church, although uncovered graves are revealing numbers projected to be much higher than 6,000.

As the number of estimated unmarked graves continues to mount, Sky-Deer foregrounds the numerous key objectives encompassed within the singular holiday.

“This is an important and long-overdue step by the federal government,” said the grand chief. “This annual event, which aims to seek the truth and reconcile differences, will be a day for us to reflect upon the failures of the Canadian government, and to help educate the rest of Canada on the crimes and injustices their government imposed upon the First Peoples of this land.”