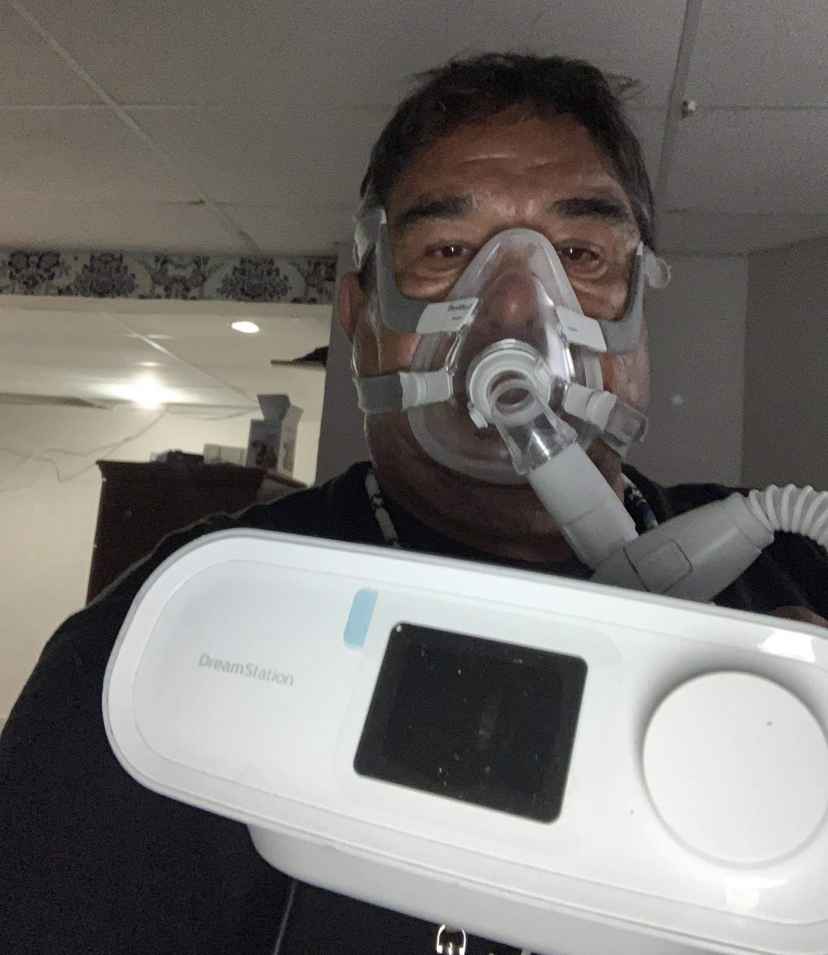 Last month, Timmy Norton received a distressing email regarding the machine he needs to help with his sleep apnea.

The email stated that he needed to immediately stop using his device because the manufacturer, Phillips, had issued a recall on June 14 of some of their ventilator and continuous positive airway pressure (CPAP) machines after becoming aware that a foam used in the products may degrade and could potentially be inhaled into the lungs of users.

Health Canada posted the recall a few days later and classified it as a type II hazard.

Norton, who has been using a CPAP machine for about 10 years now, could not believe what he was reading.

“I could not stop using it. Unless I could get a replacement that same night, I couldn’t because I am committed to this machine to live,” said Norton.

According to Philips, sound abatement foam used in the devices may emit certain chemicals. Their investigation indicated that this emission occurs during initial operation and may continue throughout its use.

After learning about the recall, Norton immediately thought of his late son Jamie, who also suffered from sleep apnea.

“He has been dead five years now, and I am still not 100 percent sure that is what he died from,” said the father.

Although Norton is not certain if his son’s sleep apnea was what caused his death, the possibility weighs on him heavily.

He explained that Jamie also suffered from epilepsy, which often affected him at night.

“I witnessed his sleep apnea. His wife used to talk about it too. She would punch him to start breathing again.

“It may have been a combination of both conditions, or it may have just have been the sleep apnea,” he said.

He explained that hearing that his boy was gone left him in disbelief. “It was just numbness and pain, and I didn’t believe it. I did not believe it,” recounted the community member.

The thought that his son’s death could have been related to sleep apnea was overwhelming and scary to Norton who was now being told not to use his CPAP machine.

Moreover, he is currently not eligible to get a new device through provincial health insurance since his current machine is only a year-and-a-half old. The hefty $2,000 price tag to buy a new one is a cost Norton can’t afford.

“Part of the reason that I got this machine was that I had a very bad incident where I almost died from sleep apnea. I fell asleep, and when I woke up in the morning, I was unable to breathe for what seemed like an eternity,” he said.

The manufacturer said that to date, it had received several complaints regarding the presence of black debris or particles in the airpath circuit. There have also been reports of headaches, upper airway irritation, cough, chest pressure and sinus infection.

Because of his sleep apnea and the lingering questions surrounding his son’s death, Norton said that he feels like he has no recourse.

The Eastern Door contacted Philips and spoke to a customer service representative who said that the company plans on replacing the defective devices, but could not provide a timeline.

Some of the potential risks of exposure include irritation to the skin, eyes, and respiratory tract, alongside inflammatory response, headache, asthma, adverse effects to other organs and toxic, and carcinogenic effects.

The representative explained that users must either call to register their defective devices or fill out a form online to start the process.

The Kateri Memorial Hospital Centre told The Eastern Door that users can speak with a nurse or their physician about their options.