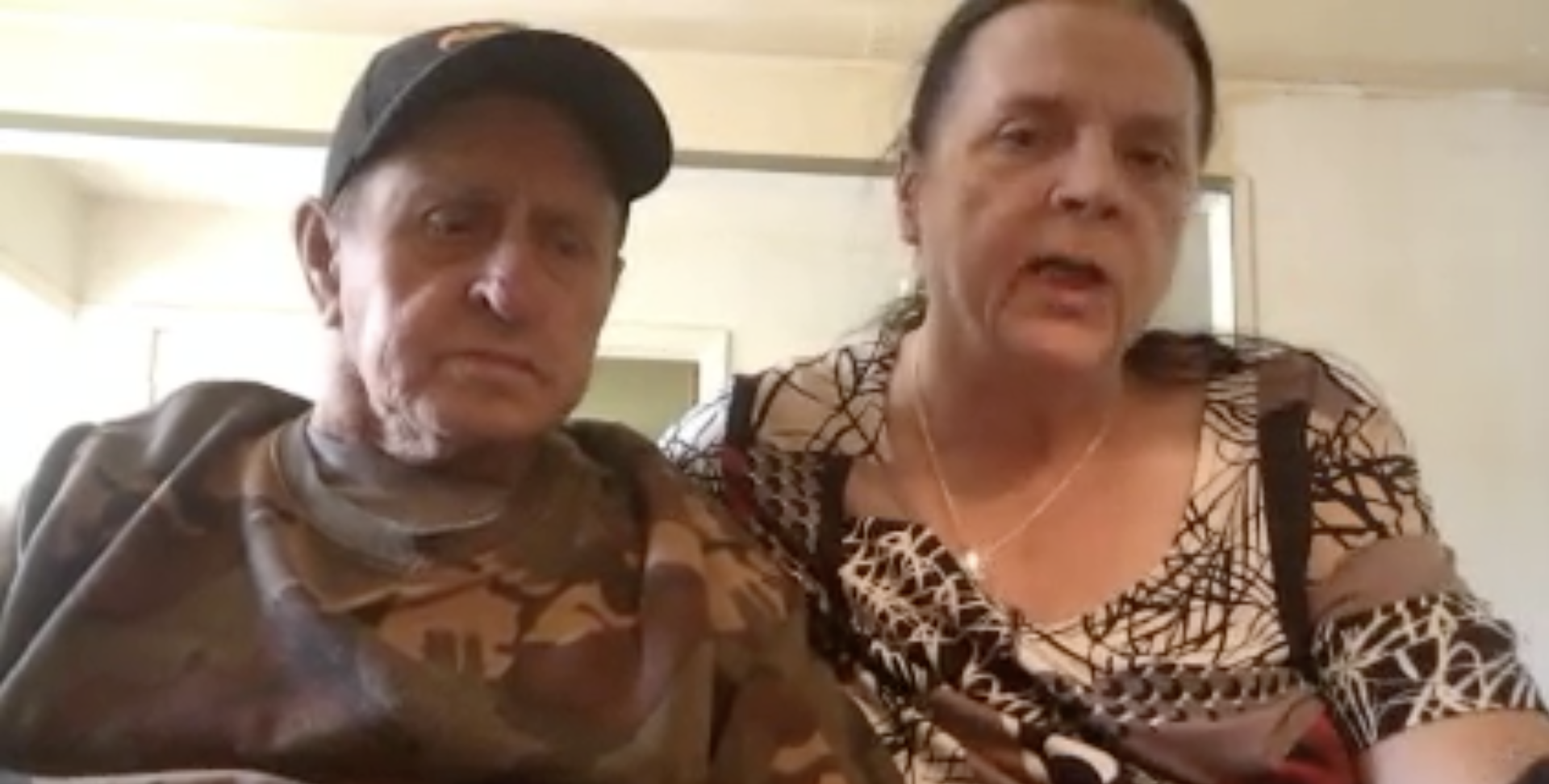 Tears filled the eyes of Cheryl Scott as she spoke about the mistreatment her husband, Kanehsata’kehró:non Winston Nelson, was subjected to while in the care of the St. Eustache Hospital.

“They cannot treat a human that way,” Scott said. “There are too many things that have happened at that hospital – no Indigenous person or anybody else deserves that kind of treatment in a hospital.”

It was during a press conference yesterday (Wednesday), with the assistance of the Centre for Research-Action on Race Relations (CRARR), that the two community members announced they were moving forward with filing a civil rights violation complaint against the hospital for systemic racism in health care.

The decision to move forward with the complaint to the Quebec Human Rights Commission in part pertains to their discontent surrounding the result of an internal investigation into a distressing event that occurred earlier this year.

When 71-year-old Nelson was sent home from the St. Eustache Hospital in frigid January wearing nothing but a hospital gown, Scott said this was the last indignity she and her husband would suffer at the hand of the establishment.

“My husband has been dealing with the racism from this hospital for too long,” she expressed. “I am going to the highest court of Canada if I have to, to get his dignity, his respect and everything else that they took from him.”

After being admitted on December 30, 2020, due to persisting heart issues, Nelson was released less than a week later when doctors presumably deemed his condition to be terminal. Having been in a wheelchair since 2013 and with Scott unable to drive, she arranged for a taxi to pick him up on January 5, so he could be brought home safely.

“I was told that the girl who took the blanket off of my husband, when she brought him downstairs, didn’t know because it was her first day,” recounted Scott.

The Centre integre de sante et de services sociaux (CISSS) des Laurentides that supervises the St. Eustache facility carried out an internal investigation into the circumstances that led to the unsettling situation.

In a response to The Eastern Door, CISSS spokesperson Dominique Gauthier said that although the inquest determined that the support offered during this event was inadequate and lacked sensitivity, the findings in no way pointed to any form of discrimination.

In light of this response, the executive director of CRARR, Fo Niemi, said the case rather appears to be the latest strike in a series of incidents Nelson was subjected to due to his Mohawk identity.

“We have clearly started to see a compilation of incidents that point to certain racial bias and outcome with the way he was treated that day, when he was sent home in such a vulnerable and degrading state,” said Niemi.

The civil rights organization director explained that CRARR has been mandated by the family to file a complaint to the Commission against the hospital.

“With systemic racism, the complaint is basically to look at the totality of the way he was treated,” said Niemi. “Any kind of differential treatment, both intentional or not, could essentially jeopardize his right to equality, dignity and the security of the person.”

While the inquest into the death of Joyce Echaquan ongoing, Niemi expressed that this case. along with the findings of the Viens Commission on access to public services by Indigenous Peoples, set a precedent for Nelson and other victims to seek legal action.

“We believe that we need to launch a complaint, so as to have a formal investigation conducted by the Human Rights Commission into systemic racism to measure to what extent – not only in this case but in all the cases of health case, how systemic racism against Indigenous people manifests itself when a person comes to hospital to seek care,” he explained.

Along with this complaint, the CRARR director said he hopes the family’s decision to take this avenue will encourage more Onkwehón:we to push back against health institutions that still foster discriminatory and unsafe climates for marginalized groups.

“We need to break this glass ceiling because there’s a general distrust in the Quebec justice system and the Quebec human rights system,” he said. “We need to overcome that – this is the only way things will change.”

As efforts across the country are underway to achieve fair treatment in public services for Indigenous Peoples, Scott adamantly joined this fight.