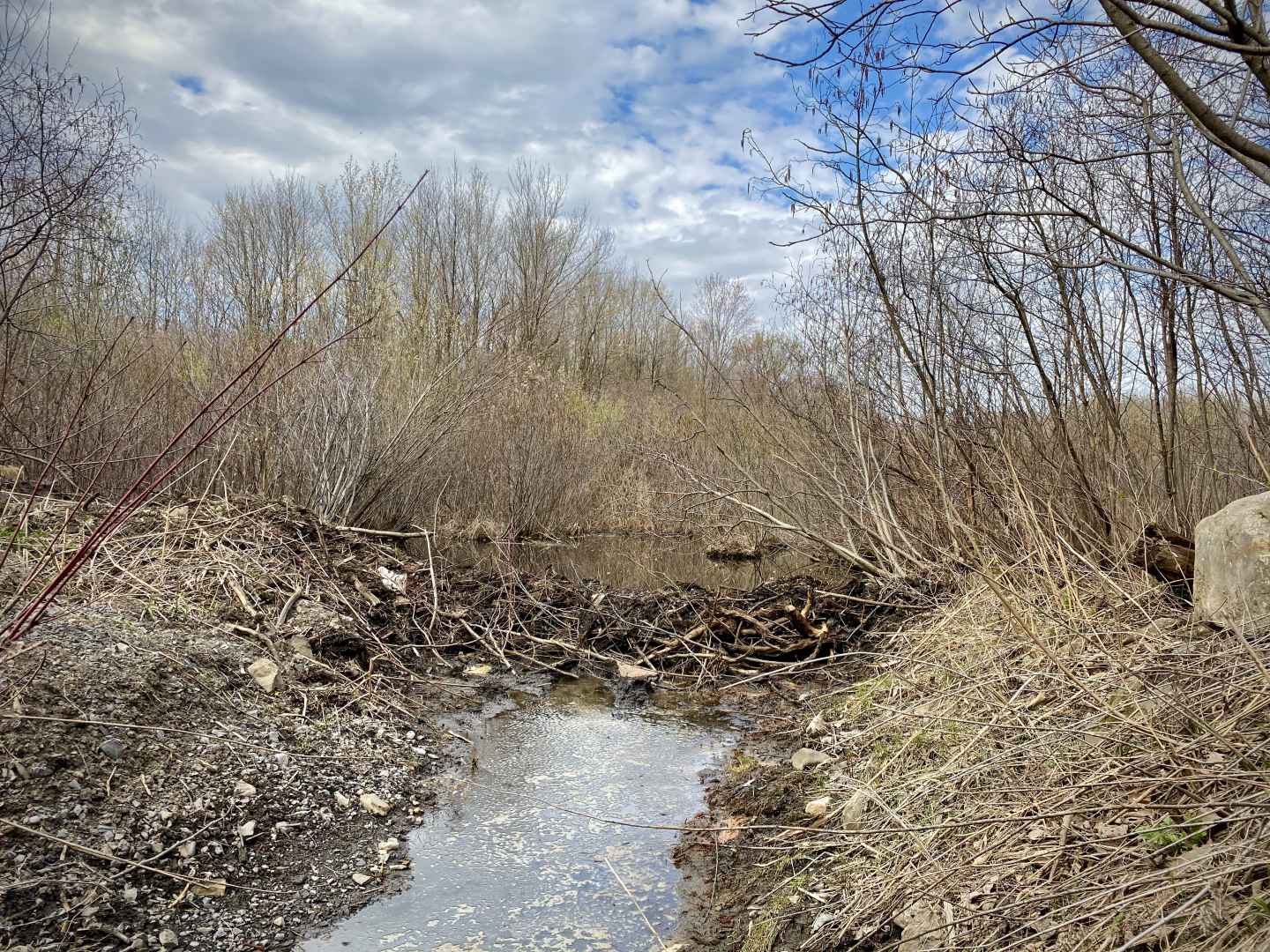 Starting this week and lasting through the fall, Kahnawake Environment Protection Office (KEPO) staff will be heading out to the Big Fence area to conduct an ecological study.

Big Fence is home to a variety of wildlife habitats including reptiles, amphibians, mammals, fish, birds, and rare plants.

“The purpose is to update our knowledge of the environmental features in the area,” said general manager of Field Science at KEPO, Patrick Ragaz. “We want to see if the same species are using the area, whether these populations are healthy and if there’s some stressors that are impacting them.”

Covering a total of 642 acres, the area targeted by the study is one of the last remaining well-preserved wetland complexes in the region.

The inventories KEPO will be conducting, with the assistance of consulting firm Tetratech, will serve to assess the presence and abundance of the species in the area.

Ragaz explained that there are some key ecological stressors, such as invasive species, that his team is cognizant of while leading the assessment.

“It’s mostly plants and insects that aren’t naturally in that area, but that have managed to establish themselves and are thriving,” he said, adding that this is resulting in the displacement of native vegetation and animals.

Over the last 15 years, there have been a number of species that went from being considered secure to now being categorized as at-risk. Being aware of these conditions has given KEPO the opportunity to make proper adjustments to the study, such as the addition of a bat inventory.

“There’s been losses of over 90 percent of several local bat species in a very short period of time,” pointed out Ragaz. “Bats were very common until the last 10 years or so, but there was an introduced fungus that has led to white-nose syndrome (WNS) in several bat species, which has really impacted populations.”

The first known occurrence of WNS in the province of Quebec was confirmed in the Outaouais region in 2010, according to the Canadian Cooperative Wildlife Health Centre. The centre also estimates that since its emergence in North America, the syndrome has killed as many as 6.7 million bats across the United States and Canada.

The KEPO manager explained that the inaugural bat inventory would be performed using a tool designed to register echolocation signals distinctive to bats.

Birds are another population at risk, not only in the region, but also globally.

“There’s a number of factors involved in the decline and certainly urbanization in southern Quebec is a big factor. The loss of habitat and introduced species are big contributors as well,” said Ragaz.

The field team will be on the lookout for birds such as the Caspian Tern and Bald Eagle, which have historically been present in the territory.

The purpose of the inventories underway will also serve to provide the environment office with the insight necessary to better understand ecological stressors, so they can develop proper strategies to try and enhance local wildlife.

Past efforts to mitigate the degradation of Kahnawake’s wetlands includes a mapping project carried out by Ducks Unlimited Canada (DUC) that was completed in 2008. Manager for the Conservation Technology team at DUC, Sylvie Picard, noted that wetlands in Kahnawake have previously shown more substantial wildlife presence than other habitats situated along the St. Lawrence River.

“The population is higher in that region due to its localization and the aspect of those wetlands being less altered than in other Monteregie regions,” said Picard.

The conservation expert explained that habitats like those found in the Big Fence area are critical productive ecosystems, which are increasingly threatened either in whole or in part from human pressure.

“Looking at the map, you can see that the region hasn’t been destroyed like in other places,” noted Picard, referring to the mapping project produced for KEPO. “This is in large part because there isn’t any intensive agriculture activity in this sector, which is why there is more wildlife.”

In fact, Picard said that with pressure to turn wetlands into housing developments or lands used for farming, Kahnawake is the only recorded sector DUC found in the St. Lawrence Valley with seemingly unaltered wetland habitats.

Mohawk Council of Kahnawake (MCK) chief Cody Diabo stressed the importance of being able to make informed decisions regarding conservation for the sector. “Big Fence is one of the last natural zones that we have, so there’s a lot of work to do in order to get that area protected,” he expressed.

Diabo said that with the loss of land base over the years, MCK has made environmental stewardship and the community’s connection to nature one of its priorities.

“The goal is to ensure that future generations have something like untouched land,” said the chief. “It’s important not just for the planet, not just for the ecosystem, but for us as a people.”