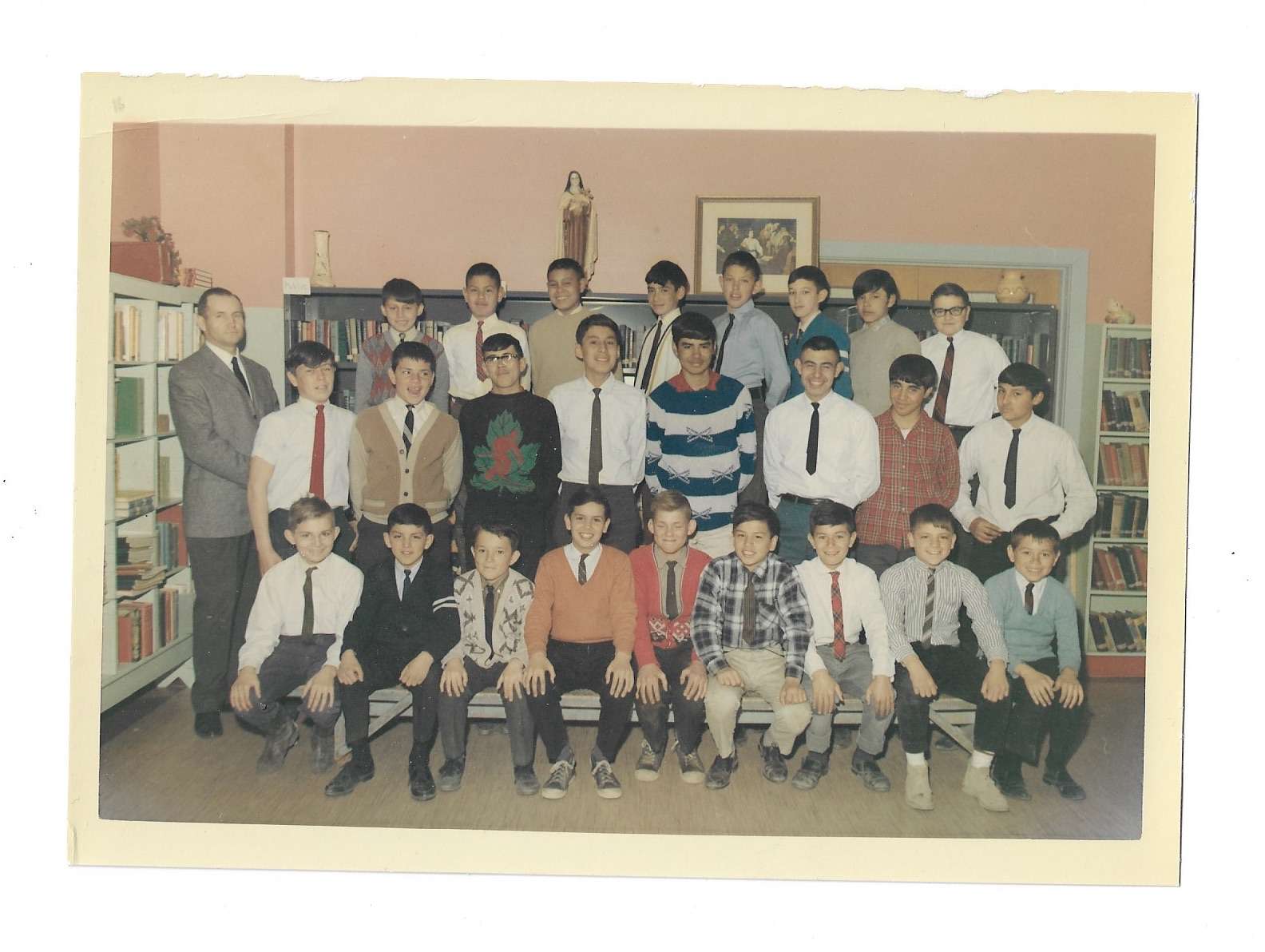 The year was 1967, and Donald Angus (second row, third from the far left) and his classmates, were in grade seven at Kateri School.

His parents were Donald Angus and Muriel Delormier. Angus grew up with his two younger brothers, the late Gregory and Calvin, and his little sister Lenore.

At the time, Kateri School was part of the Indian Day School system.

“The teacher, (Patrick) McNally, he was something. He was the one who used to beat up everybody in our class,” said Angus.

McNally would later become the principal of Kateri.

“My time at Kateri was not the greatest, let’s put it that way, not with the nuns and teachers we had,” he said.

The family grew up right across the street from the Kahnawake Moose Lodge 958.

Angus mentioned the ongoing Federal Indian Day class action lawsuit and said that a lot of the abuse inflicted on the students happened when he and his classmates were in the school system.

“It’s not that it doesn’t bother me. It is just that looking at today and looking at then – knowing what we know today, there is a lot of stuff that shouldn’t have happened,” he said.

However, he does have some good memories of his time at Kateri.

Angus said that going to school together created a strong bond between the boys that turned into life-long friendships.

Because students in the community were segregated between Catholic and Protestant schools, the same kids always hung out together.

He remembers some of his classmates being mischievous, and they also had a class clown.

“We had some good memories from that time too,” he said, recounting how their playful pranks were often met with reprimand from school officials. “But I mean the reasons for it…You always get the good out of the bad,” said Angus, laughing.

Outside of school, the boys played sports for fun like hockey, lacrosse and golf.

In 1968, Angus and his classmates went to Bishop Whelan High School in Lachine. The year after, they all went to Howard S. Billings Regional High School in Chateauguay.

At Billings, both Catholic and Protestant students from the community came together, and Angus said that was a game-changer for all of them.

That was the first year that Billings accepted Indigenous youth from Kahnawake.

“The grudges that we had at Kateri were gone when we went to Billings because we were all together and had each other’s backs,” said Angus.

In 1970, at age 17, Angus left school and became an ironworker. He worked in New York, Detroit, Indianapolis, St Louis, and Tennessee, and would go just anywhere there was work.

He retired three years ago at age 65.

Four of the boys in the picture have passed away: Alex Stacey, Wayne Rice, Robbie Cross and Mark Kirby. McNally also passed.

“We will always be friends,” said Angus while looking at the picture.