You are here
Home > News > Outbreak under control at ILC 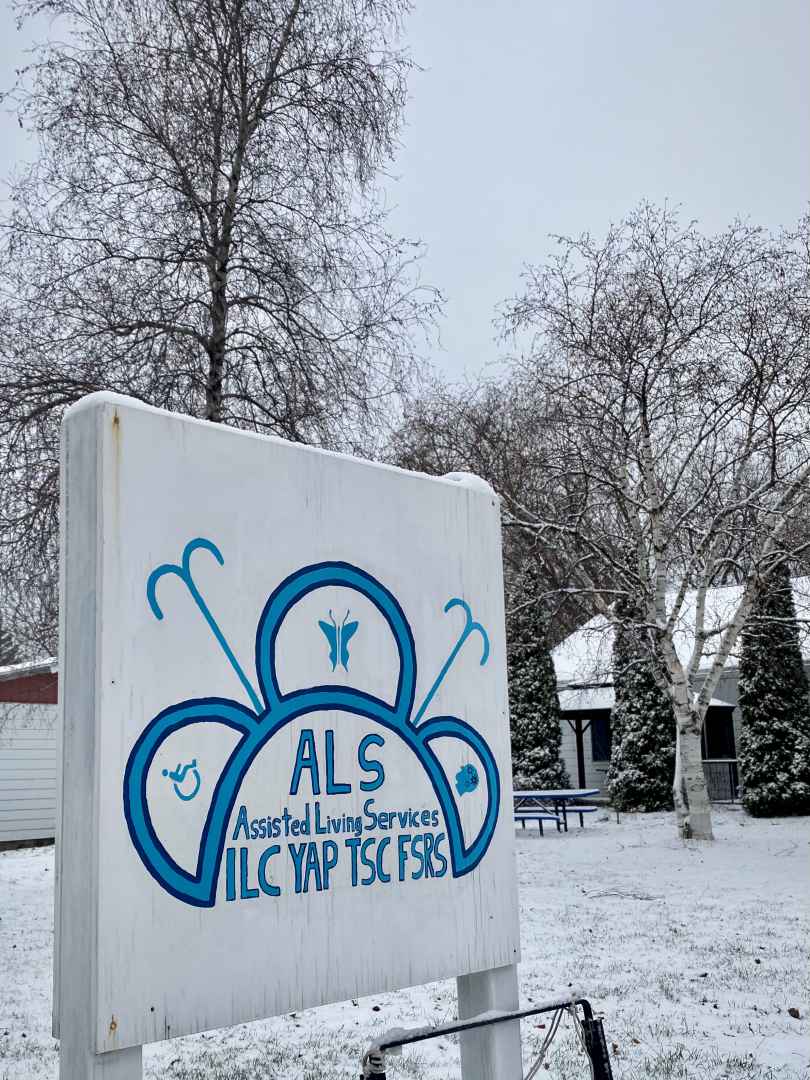 After announcing that there was a COVID-19 outbreak at the Independent Living Center (ILC) at Kahnawake Shakotiia’takehnhas Community Services (KSCS), the Kahnawake COVID-19 Task Force intervened quickly to mitigate the spread.

“We had a second screening done yesterday (Tuesday) of all of the staff, residents as well as anybody else who had gone into the building as of a certain date,” said Lisa Westaway, the executive director of the Kateri Memorial Hospital Centre (KMHC) and Task Force member.

“We are expecting those results in a day or two. Everyone is doing well. Nobody has developed symptoms up to this point, so things are under control,” she said.

Westway explained that the Task Force is cautiously optimistic about the incident, as they are keeping in mind that symptoms can still develop up to 14 days after contact.

Last Friday (December 4), KSCS confirmed that two staff members working at ILC had tested positive for COVID-19. Fortunately, none of the 12 residents at the facility were exhibiting symptoms. Residents were also immediately told to isolate to limit their risk until at least December 13.

On Wednesday, the executive director of KMHC confirmed that there were currently two active cases in the community.

According to Derek Montour, the executive director of KSCS, on November 25, a staff member of ILC started feeling ill and informed management. The employee was directed to stay home and self-monitor his symptoms.

By Sunday, with symptoms persisting, the employee was directed to get tested for COVID-19.

“That result came back on Wednesday (December 2), and it was positive, so the contact tracing with Public Health began at that point,” said Montour.

Once two positive cases are identified by an epidemiological link, it is defined as an outbreak.

And when the outbreak was declared, ILC was put under the direction of KMHC’s Public Health Unit and medical team for the duration of the outbreak, which is defined as 28 days after the last active case.

Lyle McComber has been living at the ILC since 2012 and said that everyone has been trying to keep morale up, but it’s been hard during such a stressful time.

“It was very scary for me, but I do my best to stay in pretty decent health, so I was more worried about the other residents than myself,” said McComber.

McComber said that the staff has been bringing hot meals to their rooms three times a day and checking up on all the residents frequently.

“Some days it is hard as hell to stay positive. There have been times that I have felt like breaking down. It’s been mind-numbing at times,” he said.

He said that when residents found out last Thursday, there was a lot of unhappiness and distress.

“It has been one thing after another. We went through the lockdown, and that was really difficult. Then we were given partial freedom for a little while, and that has been taken away, so for me, there has been a lot of disappointment,” said McComber.

McComber doesn’t blame the staff, however, and said that they had been nothing but excellent.

“It’s not the ILC. It’s from above, which makes things very difficult. It’s disheartening at this point,” he said.

Montour said that the facility is regularly sanitized, and when the first employee went to get tested, the ILC received additional equipment to perform an in-depth sanitization.

“We are going to do a retraining of proper health and safety protocols just to make sure that people are using the equipment in the right way, that we have the right equipment in stock, and that they take all the proper steps to ensure that we are as safe as we can be,” said Montour.

“We are ensuring that the health checks are completed daily by all of the staff. There are many measures that we are clarifying and putting processes in place that may be a little bit different than what existed before,” said Westaway.

KMHC is also re-screening the staff at ILC every five days until the end of the outbreak.

“There were some lapses in the processes that we just needed to tighten up. I think that everybody is doing the best that they can.

“I think having the medical professionals in there will just ensure that we will catch any risks before they happen,” she said.

The situation in Quebec continues to be precarious with increases in deaths, hospitalizations and high admission to the Intensive Care Units. There have also been outbreaks at hospitals and emergency rooms are becoming overcrowded.

Westway also said that the announcement by prime minister Justin Trudeau of the Pfizer COVID-19 vaccine being available in Canada before the end of the year, is not quite as reassuring as people may have hoped. There are still just too many unknowns, she explained.

Westaway reminded the community: “It’s really the time to be extra vigilant, to remember everything that we have learned, to support each other, and to work hard to get through these next few months.”