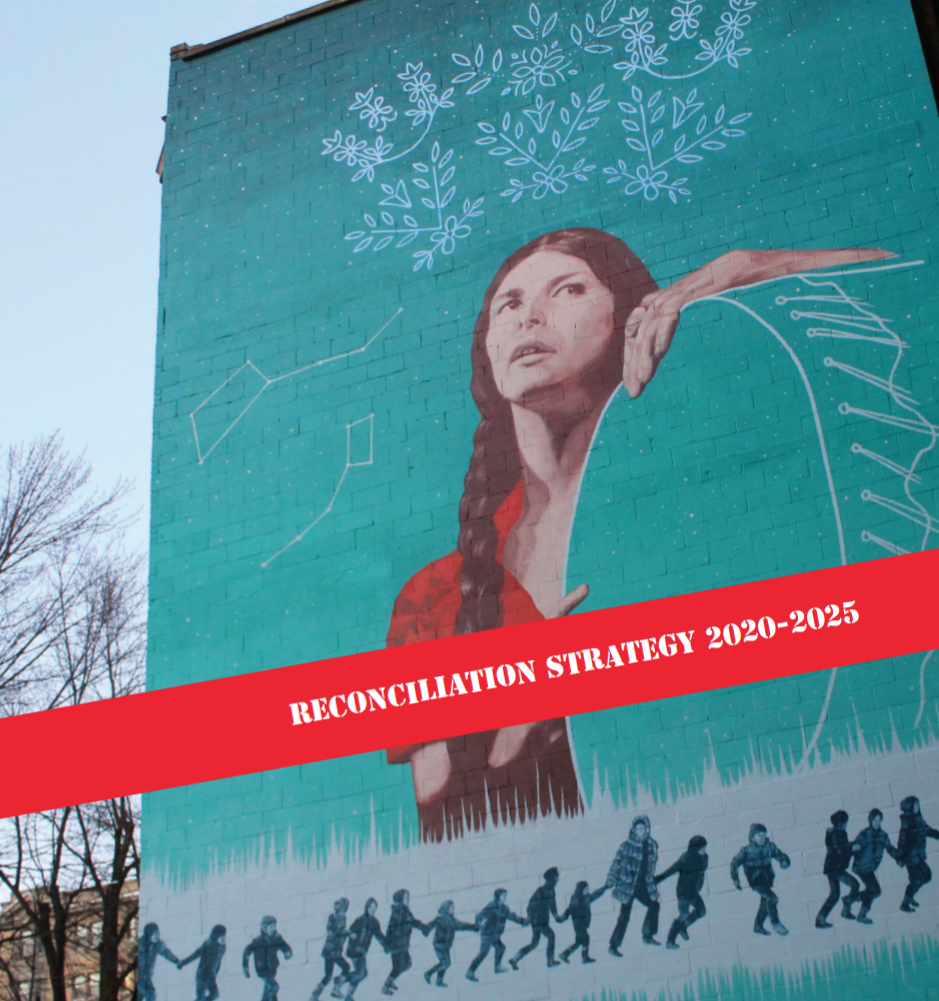 The Reconciliation Strategy is a five-year plan that commits to developing and maintaining good relationships. (COURTESY CITY OF MONTREAL)

The City of Montreal launched its newest reconciliation strategy, a five-year plan created to develop and maintain strong relationships with its Indigenous partners.

“Collaboration is essential more than ever to ensuring the quality of life and security of Montreal’s urban Indigenous community,” said the mayor in a statement.

For AFNQL chief Picard, the initiative unveiled on Wednesday comes as a proper response to the public inquiry on relations between Indigenous Peoples and certain public services in Quebec called the Viens Commission, and the Truth and Reconciliation Commission (TRC).

Picard also believes that it reflects the principles of the United Nations Declaration on the Rights of Indigenous Peoples (UNDRIP), endorsed by the City of Montreal in 2017.

“With this gesture and the clearly expressed will to act, Montreal becomes a true metropolis of reconciliation,” said Picard.

The strategy consists of seven objectives presented by commissioner Bordeleau:

• Develop a government-to-government relationship; • Improve the visibility of the Indigenous presence in the City of Montreal;

• Support the urban Indigenous community; • Improve the feeling of safety of Indigenous people in Montreal;

• Assist the economic development of the Montreal Indigenous community;

• Promote the protection of natural spaces and environments according to the 7th Generation Principle.

These reforms will be adopted by the city in its police department, court system, along with its services offered directly to Onkwehón:we.

The Native Montreal director who also runs the RCAAQ said it was about giving a framework to move forward.

“To better meet the needs and not be behind them, we need to sensitize officials on complex issues,” said Meilleur.

While he was not on the official planning committee, Meilleur provided feedback on what his organization, which focuses on families and youth, were expecting to see in the strategy, such as a positive cultural representation in the urban area and plans to improve social housing.

“We wanted the plan not to focus only on lowering the state of homelessness, of course we need that, I agree, but we can’t forget about the 90 percent of people who aren’t in this situation,” said Meilleur.

Although the reconciliation strategy looks at millions of different and complex needs, Meilleur said it provides a clear communication path that includes every party and actors.

He believes that it is something that is still missing when it comes to the relationship between Kanesatake and the municipality of Oka.

The 39-year-old Kanehsata’kehró:non compared the City of Montreal’s work method in regard to reconciliation with the non-existing method used between the community and Oka.

“We were all consulted before they defined the strategy,” he said, “and then the city used its leadership to see what they could do under which jurisdiction.”

Meilleur explained that Montreal recognized when they are stepping outside of its legal power.

The city’s powerful influence can at least act as a starting point to determine clear objectives and intentions, even if this does not fall under official legal framework, said Meilleur.

Without a constructive mode of operation, he said it leaves Kanesatake and Oka in a political game of tit-for-tat.

During the strategy unveiling, Kahnawake chief Deer spoke about coexisting for many years without having political interaction between Kanien’kehá:ka communities and the City of Montreal.

But as she looked at recent events towards reconciliation in Montreal, such as the renaming of Amherst Street to Atateken, she said that Plante’s dedication showed that even if the path to reconciliation was started by former mayor Denis Coderre, the current administration is willing to continue in this same direction.

“We need to ensure that in the future this trust remains, and through it, a true relationship will last,” said Deer.