You are here
Home > News > Wolf Pack BBQ for the homeless 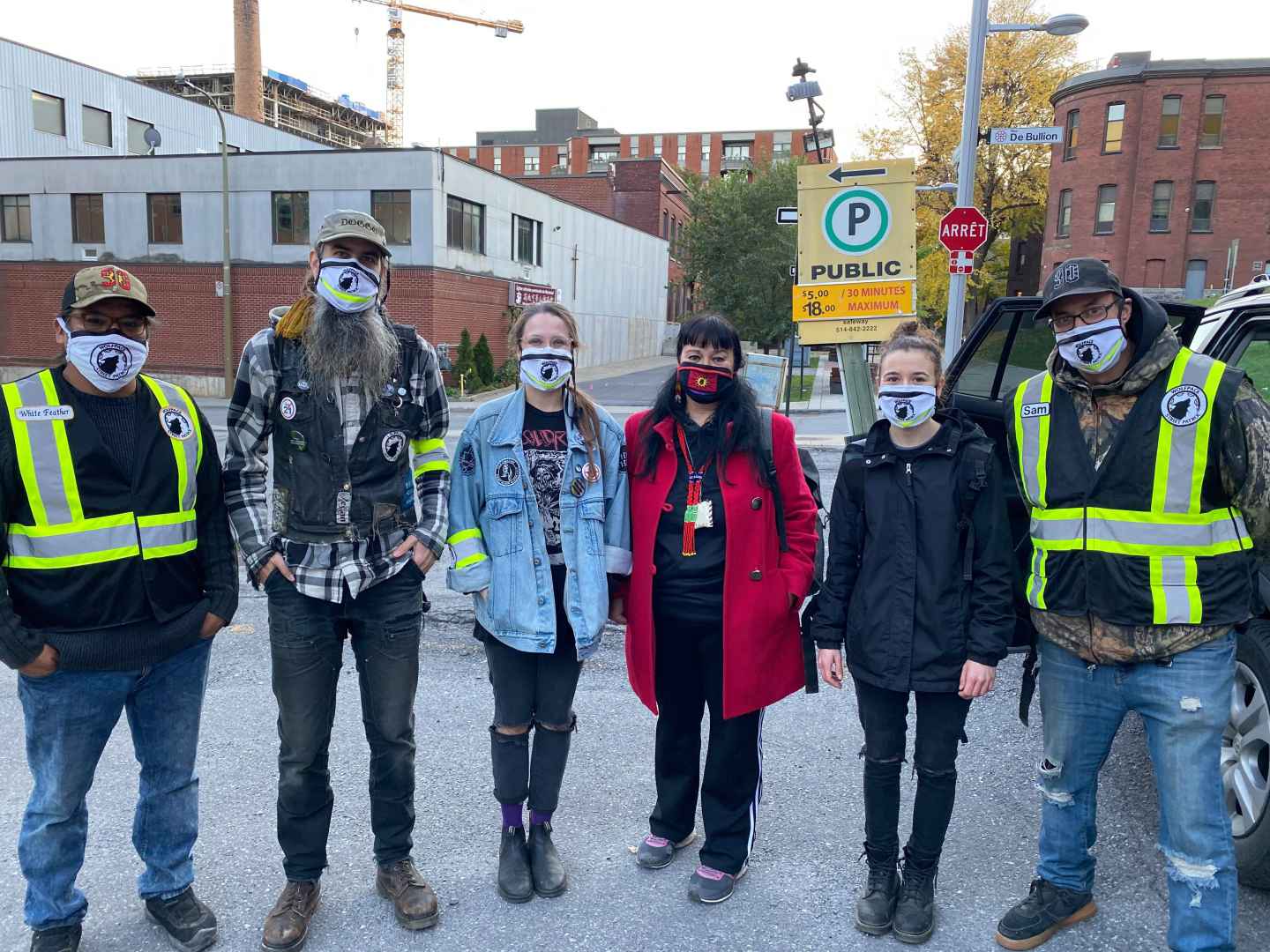 The BBQ was the latest mission by the Wolf Pack. (COURTESY AL HARRINGTON)

A year after their last mission, Harrington and his Wolf Pack Street Patrol (WPSP) hit the streets of Montreal despite the worldwide pandemic.

“We cannot be afraid of the virus,” said Harrington. “We definitely have to be cautious, but after eight months, we understand how to protect ourselves as best as we can. That’s what I told the volunteers and they understood.”

On Saturday, October 17, the organization handed out 200 hamburgers and hotdogs, along with items of clothing to people without homes. The WPSP volunteers gathered at Cabot Square for an hour before moving to Milton Park, downtown Montreal, ending their mission at the Projets Autochtones du Québec (PAC) shelter.

“The greeting we received at Cabot Square when we arrived was incredible,” said Wolf Pack member Samuel Lemay.

He said there was a sense of relief as the Pack arrived.

It was just like a family reunion, he explained.

The initial thought was to host a BBQ at Cabot Square, but like most plans this year, this one was also cancelled. Lemay and Harrington came up with the idea to pre-cook everything in Kanesatake before heading out to Montreal for delivery.

“I cooked everything,” said Harrington, “‘Sam did the wrapping and that was it!”

A few days earlier, Harrington made a Facebook post, which instantly received support and donations. The food was provided by the Kanesatake Lacrosse Association, a firsttime partnership with WPSP. The Little Tree and Bayside Convenience and Gas, donated cigarettes while different individuals offered brand new pieces of clothing, such as socks and jackets.

“Clothing, food, everything went,” said Harrington. “It’s easy like that whenever we are out there.”

One of the donors, Denis Le Sieur, offered something quite precious. Le Sieur’s mother passed away at 94-years-old on October 3. He didn’t have any use for her walker anymore but he knew someone else would need it.

Not even 10 minutes after the Pack arrived at Cabot Square on Saturday, recalled Lemay, a man came up with two canes taped together and a major walking issue.

Lemay explained it was almost as if the walker was meant for him.

“That donation is really going to improve his life quality,” said Lemay with a smile.

Harrington was grateful to have such a strong network of donors – something he built up over the years. The Wolf Pack leader from Shoal Lake First Nation in Ontario started the organization three years ago, spurred by the Missing and Murdered Indigenous Women and Girls (MMIWG) national inquiry. Along with Lemay, he felt like the situation in Montreal was appalling and wanted to help vulnerable Onkwehón:we.

“The numbers are there, First Nations are over-represented in the homeless population,” said Lemay, 39. A 2018 Quebec survey showed that more than 10 percent of people without homes identified as First Nations, Inuit or Metis.

But Harrington’s gratitude is fuelled by something even deeper than horrific statistics; it comes from his childhood. He said he remembers his parents’ divorce as something terrible, but also as a time where he learned about generosity.

“I remember the electricity going out in the middle of the winter,” said Harrington, “and I remember my mom crying. My dad had left her high and dry. But people came. They came to help her with food and gifts for us.”

Harrington is now a huge advocate of the concept pay it forward and for him, that’s all it takes.

The WPSP plans to host another dinner later in November, where they hope to offer traditional food from hunters’ wild game donations.