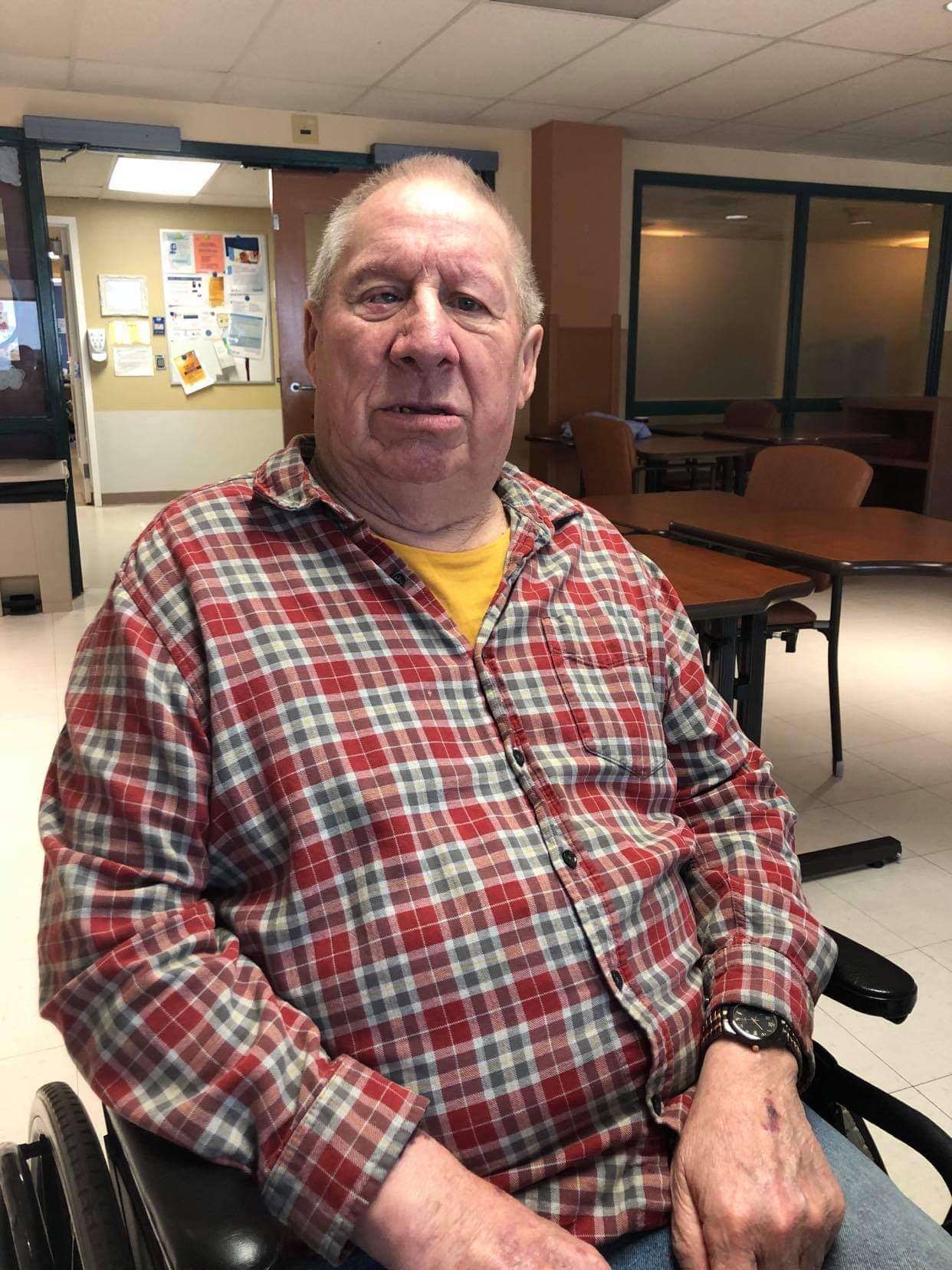 Almost everybody knew his laugh, his kindness and his generosity.

“You would come to his house while he was eating and he was ready to give you half of his plate,” said his oldest daughter Mona. “If there wasn’t enough on his plate he would get up and make more!”

Kanesatake is mourning the death of Wilkinson “Boy” Etienne who passed away from COVID-19 on Sunday, October 11. He is the first Kanehsata’kehró:non to pass away from the disease caused by the coronavirus.

He died peacefully at the St. Eustache centres d’hébergement de soins de longue durée (CHSLD) where he had been a resident since July, after an awful fall in his house left him unable to remain alone.

This was one of the last elders’ residence to fall prey to the virus. An outbreak was declared mid-September within the 171-resident establishment.

Etienne, who was a first-language Kanien’kéha speaker, is survived by his sisters, Rose, Ivy and Jenny, and his two loving daughters, Mona and Sandy, along with his eight grandchildren and 10 great-grandchildren. Etienne was predeceased by his son Tony.

Mona flew from Oregon, where she currently lives, on October 6 and was still complying with the 14-day mandatory quarantine when her father passed away. The forced separation of families is among the most tragic consequences of the pandemic, a reality Mona went through as she didn’t get the chance to say goodbye to her father in person.

“Now it’s too late, no one is going to see him. We can’t even see him or lay him out at funerals,” said Mona, who wished her father would have seen her fiancé along with her children, Jessica, 33, Kaienthokwas, 29, Teiawentathe, 27, and Johnny, 24. Mona finds it hard to grieve while in quarantine, and on top of that she is unable to help her younger sister Sandy.

Sandy runs a garage business with her husband in St. Eustache as Mona is quarantined at their father’s old house in Kanesatake.

“I feel useless,” said Mona. “I give two thumbs up to my sister who’s doing everything. Now it’s just her and I.” The sisters lost their older brother Tony five years ago in a tragic car accident.

Mona explained it was difficult to get a hold of her dad, and she had to deal with impatient nurses who wouldn’t speak English over the phone.

Mona was able to video chat twice with her father before his last moments. She played Kanien’kéha songs and watched him slowly drift away.

“He taught me to be loving to everybody and share everything you have because when you go, you are not taking anything with you,” she said.

Born on May 6, 1944, and raised in Kanesatake, Etienne was the youngest boy in a family of 14 – where he got the nickname “Boy” that would follow him for his entire life. Etienne will be remembered as a handyman who always found a way to fix things.

“If you needed something fixed, you would go to Boy,” said Mona. “He was a regular MacGyver!”

Etienne’s fluency in Kanien’kéha, was deeply valued in the community, and Mohawk Council grand chief Serge Otsi Simon admired Boy for that, along with his easy-going demeanour.

“What I will always remember, as I’m sure you will, was his sense of humour and his laugh, that when you heard it you couldn’t help but laugh with him,” said Simon in a condolence letter to the family.

A wake will be held at the Guay funeral home on October 22. He will be buried at the Pine Hill cemetery in Kanesatake. He was 76.

Kanesatake remains in the red zone as Quebec is halfway through its 28-day challenge to counter the second COVID-19 wave.

Kanesatake’s Emergency Response Unit (ERU) confirmed one active case on Tuesday, October 13. This is the first case reported in Kanesatake since September 30, for a total of 10 since the beginning of the pandemic.

“We don’t know what’s around the corner and how things are going to go, but we are trying to be on top of everything,” said the ERU spokesperson Robert Bonspiel.

Bonspiel confirmed that the ERU has been keeping daily contact with the person affected by the virus. The person will remain in quarantine with the support of their family, said Bonspiel.

Quebec public health authorities reported 1,203 new cases in the province on Wednesday, October 14. The number included 359 uncounted cases, which hadn’t been reported the previous days due to a technical error, according to the government.

In Tuesday’s press conference, premier François Legault mentioned that the recent restrictive measures might linger on after the end of October. It implies the closure of bars and restaurants along with gyms, sports activities and public or private gatherings. The county of Two Mountains also remains under the highest alert level, with more than 100 active cases.

“It’s too soon to say what will be in place in three months or six months, but we know that we will need some measures for many months,” said Legault.

Kanesatake’s checkpoints are among the measures that are there to stay, according to Bonspiel. He said the four locations — on l’Annociation/ Ahsennénhson, Ste. Germaine/Akweks, Lacrosse box road, and Ahsennénhson and Route 344 – are still relevant to prevent outsiders from coming deeper into the community.

But staying home is growing harder, especially as hunting season is in full swing.

The ERU issued warnings regarding hunters that would be travelling outside the community to take extra measures in the bushes or with other people that wouldn’t be from the same households. In one of the latest online updates, Bonspiel asked Kanehsata’kehró:non to “think about using multiple vehicles if you are with people from different households” and to keep a two-metre distance.

“If you are a hunter, you already know this, that’s what we do automatically, but still,” said Bonspiel.

Undeniably, maintaining a healthy lifestyle can be challenging during this second wave. New recommendations issued by Canada public health authorities, along with the Canadian Society for Exercise Physiology features movement guidelines on physical activity, sedentary behaviour, and sleep.

The guidelines warn against becoming an “active couch potato,” which means being highly active for 30 minutes while sitting down for the rest of the day. Instead, it pushes for consistent, shorter daily activities rather than longer workouts once over the weekend.

This lifestyle is unfortunately more common as the world faces prolonged confinement.