You are here
Home > News > Back when people dressed with class 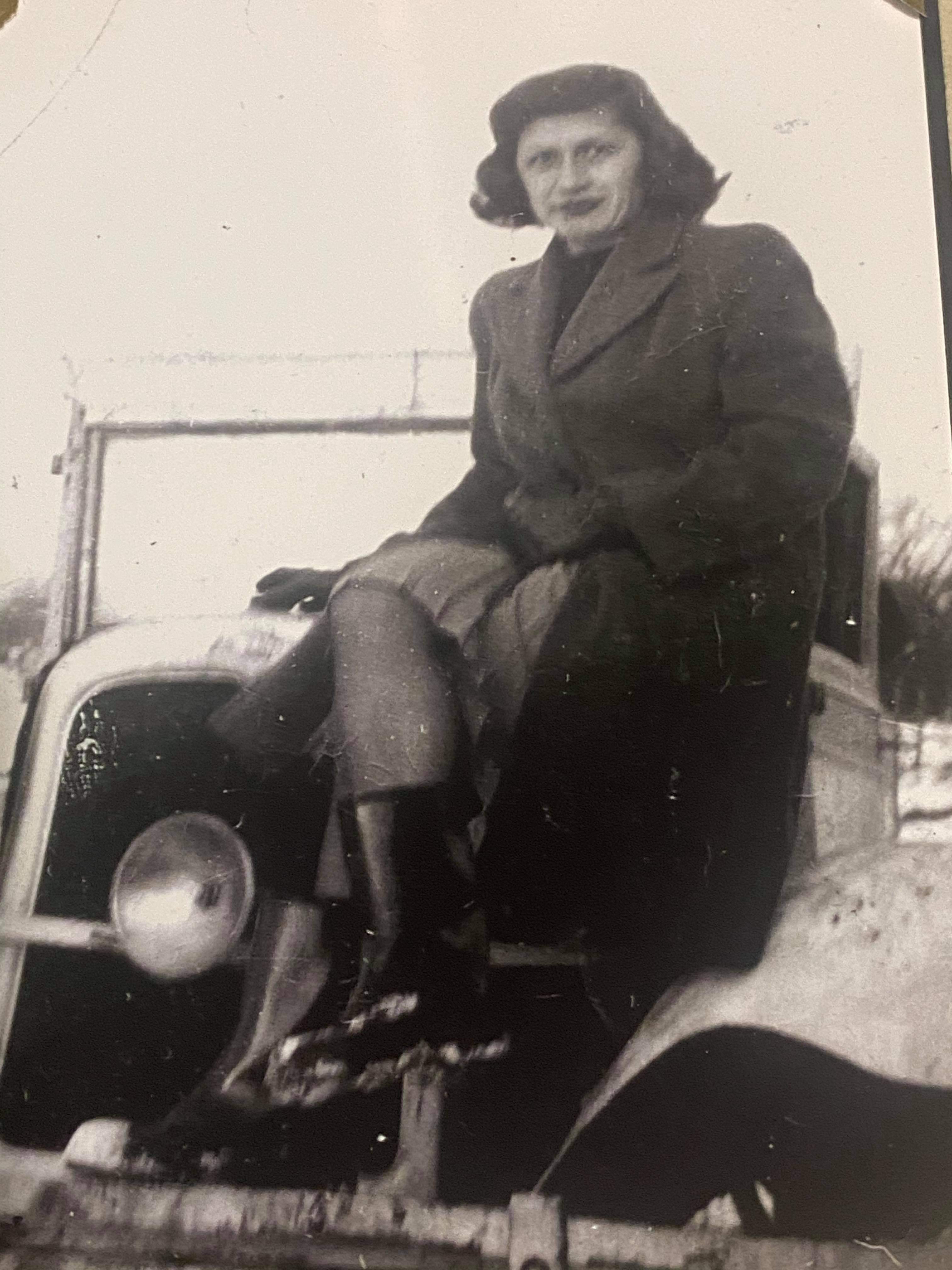 The picture of Doris Lazare Meloche sitting on the car is a glimpse of the style of the time. Her daughter Raina Meloche said that people had class back then, and she loves to look at old photographs to see the different fashion styles and clothing. (COURTESY RAINA MELOCHE) 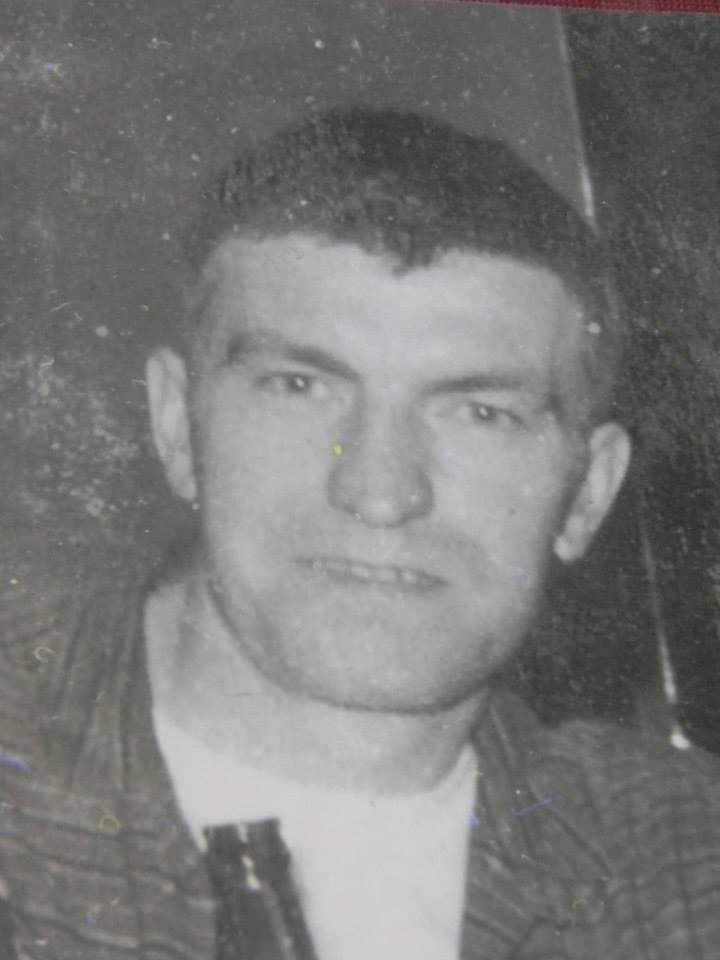 This picture was taken on June 12, 1948, at the wedding of Maurice Meloche and Doris Lazare Meloche in Kahnawake.

Maurice was born on May 26, 1927 ands his parents were Philiza Meloche and Anna Denault. He had seven siblings: Alfred, Paul (Jalopy), Lucien, Jackie, Lorette, Annette and Jeanette.

“The only one living is Jeanette, who currently resides at the Kateri Memorial Hospital Centre (KMHC) in long-term care,” said Meloche.

Maurice grew up on River Road, near where the bank is today.

“He went to school in town, but I don’t know where. I always used to hear him talk about how bad the nuns were,” she said.

Doris Lazare Meloche was born on June 7, 1926. Her mother, Theresa White, passed away when she was only two.

According to Meloche, Doris was raised by her grandmother.

Her siblings were Tommy, Leroy, Albert and Pauline.

She also grew up in Kahnawake, but Meloche is not sure in what area of town.

“My grandfather Philiza owned the first ferry going across to Lachine, and when the bridge was built, he bought a taxi. My father drove the taxi for him,” said Meloche.

Meloche explained that her parents met one day when Maurice gave his mother a ride in the taxi.

“He used to pick up my mother and her friends, and my mother always used to say, ‘this damn guy is always flirting with me.’ She would sit in the back seat, and he would drop all the other girls off first, and she would be the last one,” she said.

Maurice later became an ironworker. He worked in Detroit for a long time, said Meloche. Later, he worked in New York.

Because of the nature of ironworking, Meloche said that her father wasn’t around much when she was growing up.

Doris was a stay-at-home mom who, by all accounts, was very busy taking care of her six children.

“She had me later in her life. I was kind of like the accident baby,” said Meloche, laughing. The first child Maurice and Doris had, sadly passed away. Meloche’s siblings are Sandra, Allison, Terry, Roddy, Allen and the late Barry, who passed away two years ago.

The family lived on River Road near her paternal grandparents’ family home.

“My mom was a catholic and a very strong woman, and now I know where I got it from because I am a single mom raising four kids,” she said.

Doris was a Kanien’kéha speaker who tried to teach and pass on the language to her children.

“I remember she spoke Kanien’kéha when she would talk to her friends on the phone,” said Meloche.

Meloche explained that she was extremely close to her mother and was always by her side, taking care of her.

Some of Meloche’s fondest childhood memories were when the whole family would get together for Christmas and Thanksgiving. 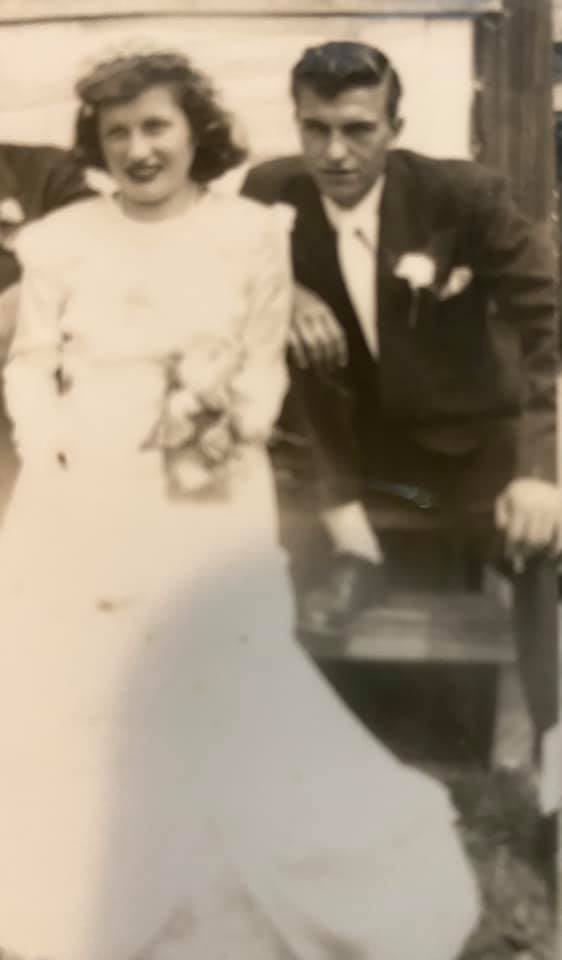