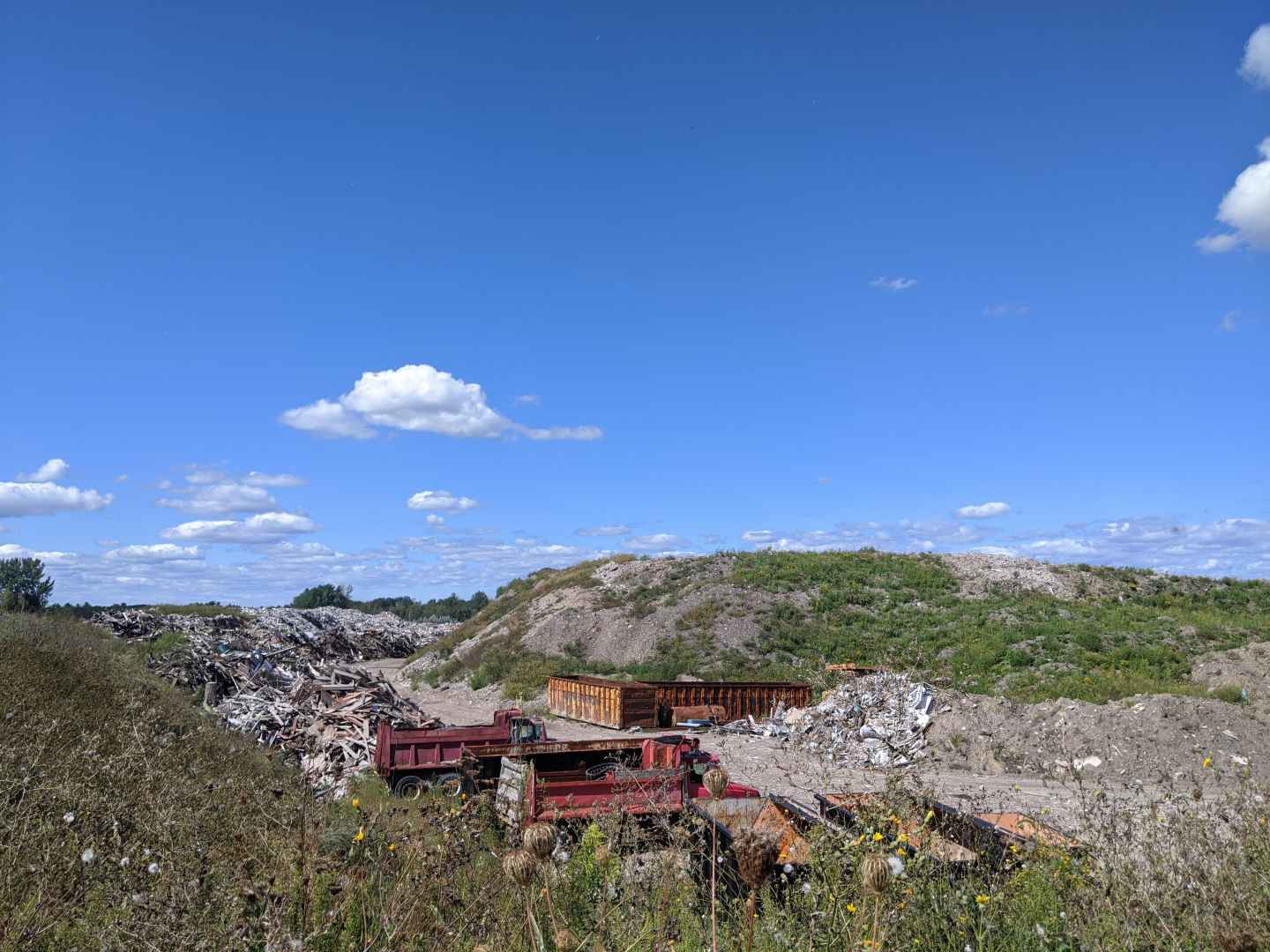 Located on 389 rang St-Jean, the G&R recycling site has been causing tension since 2014.

Some could say it was a small victory, but not the end of a fighting battle.

Years of ongoing pressure, investigations and interventions over the controversial recycling site led the Ministry of Environment and Climate Change to revoke G&R Recycling site’s permit in Kanesatake.

On Tuesday, October 6, the Ministry announced the withdrawal of the controversial recycling site’s authorization issued in 2015. Dumping at G&R is now prohibited by the Quebec government.

In their press release, the ministry explained that many interventions have been made since 2016, resulting in a series of failed inspections and more than $15,000 in fines.

G&R was no longer able to hide the excessive illegal amount of material mounting towards the forest, nor the foul-smell emanating from the site. The latter troublesome element, which is caused by chemical reactions from the degradation of construction materials leaking into the water, has become dangerously toxic for anyone living nearby.

“The smell is so intense that whenever I leave the house, I suffocate,” said Johanne Lamouche, who lives only a few kilometres away from the site. “They are burning things at night to get rid of what they aren’t supposed to have there, but it’s us who have to pay the price!”

Lamouche doesn’t understand why it took so long for the government to act. “I hope the situation improves, but as long as the grand chief doesn’t revoke its authorization, nothing is going to change,” she said.

G&R straddles the municipality of Oka and St. Placide while being on Mohawk territory. The complexity of land claims makes the whole situation even worse. While in theory, the land belongs to the federal government, within the Oka Letter process, which is the equivalent of a certificate of possession on reserve lands, the G&R owners have the right to lawful property of the land.

Even though the Quebec government retracted its authorization, Gary and Robert Gabriel received another permit. The Mohawk Council of Kanesatake (MCK) issued a resolution in 2014 allowing it to be in operation until 2044.

“If the Environment Ministry revokes the permit, I’m not obligated to shut down as I’m not on Quebec territory, but on Mohawk land,” said one of the owners, Robert, in an interview with Le Devoir earlier this September.

Simon said he is afraid that once MCK’s revokes the license, the government will leave them with the salty clean-up bill, which he estimates between $70 to $100 million.

“What’s going to happen is the government is going to say ʻwell, it’s all under you now, now you pay to clean it up,’” said the grand chief. “We don’t have that money and I don’t have anything written, that would give me a guarantee that we’re not going to be stuck. But Robert assured me, he’s not going to allow any more trucks there.”

Through the revocation of the permit, the government is now able to directly fine companies and trucks who continue to dump on the land. Oka and St. Placide intend to adopt a motion demanding that MCK revoke their license in their upcoming general assembly.

“We are asking surrounding towns and the Two Mountains MRC to adopt the same motion, testifying a common desire to take actions for the environment and population,” said both mayors, Richard Labonté and Pascal Quevillon, in a joint statement.