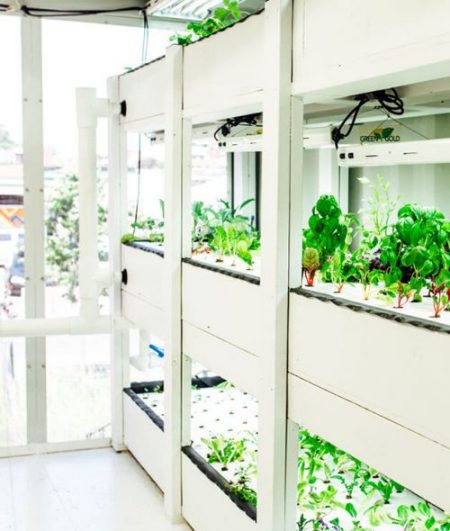 “We were pleased by the excellent feedback we received,” said Mohawk Council of Kahnawake (MCK) chief Cody Diabo, who is the lead of the Environment portfolio.

According to Diabo, 200 surveys were completed over the phone, and another 90 were done online.

Those numbers demonstrate that 80 percent of community members, on average, support the project.

Back in June, MCK signed a project contract to create a business plan with Urban Food Ecosystems (EAU), a company based in Montreal, specializing in aquaponics.

Diabo said that with the information gathered through the survey, EAU would produce a feasibility study that will be presented to Council, to determine if the project can proceed.

The survey also brought up some of the community’s concerns, particularly the use of common land for the building that will house the aquaponic system.

“People felt that there wasn’t enough common land. And questions were brought up regarding the potential to buy land or to rent it from the private sector,” said Diabo.

However, he stressed that because of the technique of growing produce vertically, not a lot of land would be needed. In fact, he estimated that only an acre of land is necessary for the 10,000 square foot facility that EAU is recommending.

“Take the area across from Clay Mountain (on Highway 132), it is void of vegetation, and there are only a few trees there, so an area like that would be a prime spot for this because we will not be building houses in the area,” he said.

Diabo also said that he wants the project to have the least amount of disruption on the environment as possible.

The potential location will also be part of EAU’s feasibility study.

Through the survey, MCK and EAU were also able to determine the type of produce the community would be interested in growing in the facility. Furthermore, it helps to establish pricing for the eventual sale of the crop.

The feasibility study should be completed and ready to be presented to Council by mid-October.

“In terms of funding, we have the minimal contribution from the Aboriginal Initiatives Fund (AIF), for a lot of the other organizations we have to wait for this report before we can really branch out,” he said.

MCK is hopeful that up to 90 percent of the project could be covered externally.

“It is important for me to tell Kahnawa’kehró:non that this is a community project, for the community.

“The food will be grown and harvested by community members, which is very important because local employment will be one of the benchmarks of the project’s success,” said Diabo.