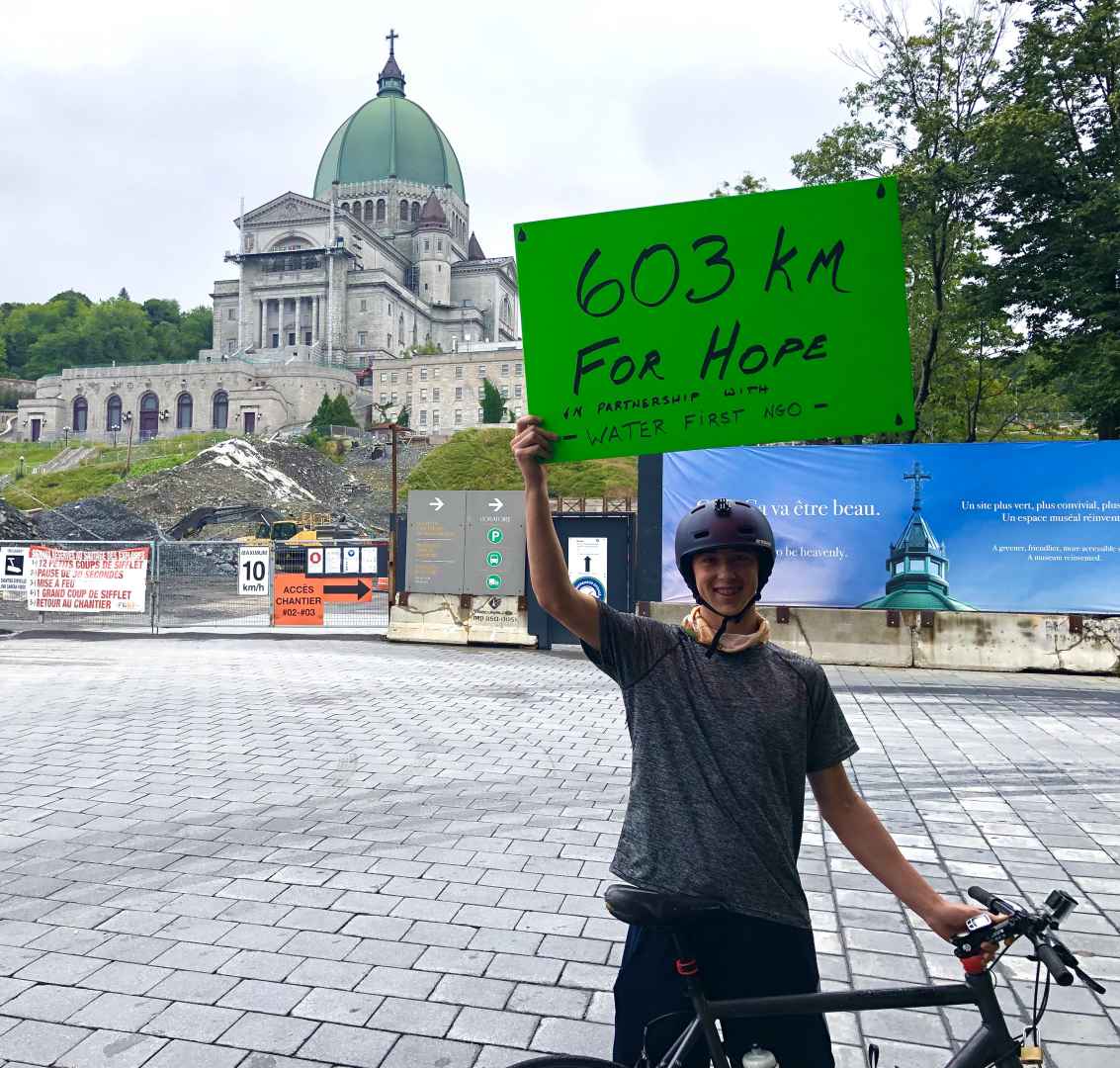 This week, 16-year-old Zach Stabb from Chateauguay is biking 608 kilometres from Montreal’s St. Joseph Oratory to the CN tower in Toronto, to raise money and awareness of the water crisis that persists today in many Indigenous communities.

By tomorrow (Saturday), he will have biked to Toronto.

Some of these communities have gone years without access to clean drinking water and continue to have long-standing boil-water advisories in place.

“This is my project for my senior year of high school. The project is assigned with no guidelines, but to make a positive impact in one way or another,” said Stabb, who attends Howard S. Billings.

Stabb knew he wanted this challenge to include some sort of physical feat, and to highlight an issue that was close to home.

“After researching many different problems that exist in our country, I settled on basing it around the Indigenous water crisis. I wanted to do this because the public is mostly not aware that this issue exists – and has for years. I wanted to be able to play my part in raising awareness and funds to support these communities,” said the teen.

His original goal was to raise $1,500, but as of yesterday (August 27), he had reached $4,090 and still has one month left. The fundraiser officially ends September 28.

Stabb will donate the money to a charity called Water First, which focuses on providing relief to communities affected by boil-water advisories.

“I’ve never biked even close to this distance before! There’s a first time for everything,” he said.

His father John Stabb, who has been on the road with his son following him by car, was excited about the adventure and was pleased that he chose such an important issue.

The young man trained for his journey by biking in rough, windy weather.

“I’ve felt very good so far. The scenery is beautiful,” said Zach. “The weather has been on my side for the most part. My legs are sore, not too bad, but not perfect. I feel generally worn out a bit, but I guess that’s to be expected after four days and 425 kilometres.”

Stabb begins his day by having breakfast and starts riding at 11 a.m. for about two hours. He then meets up with his father for some lunch and continues right up until his next destination.

“My goal for my project is to keep this problem in everyone’s minds for as long as possible until it is resolved. If we stand for this issue and pressure people in power, they will no longer be able to sweep it under the rug. They have the means and the resources to do it if they just put in the proper effort and time needed to resolve it,” said Zach.