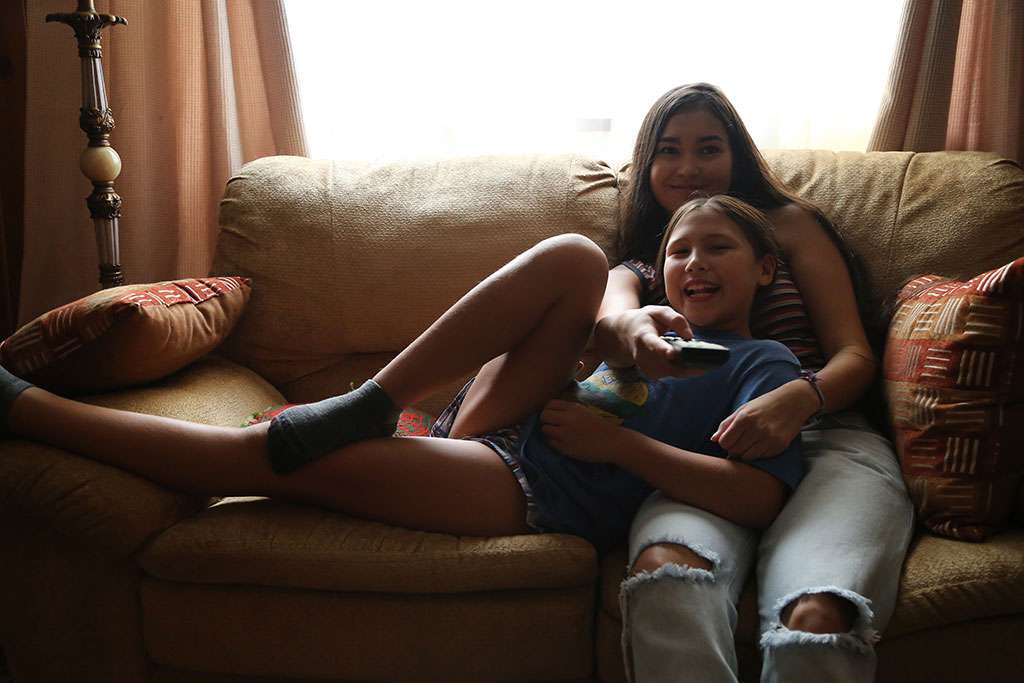 Kanesata’kehró:non Sonia Bonspille-Boileau’s latest movie will be screening in Montreal’s Guzzo Cinemas and across the province in Ciné Entreprise theatres.

Boileau’s ninth film Rustic Oracle is an homage to the missing and murdered Indigenous women and girls (MMIWG) movement. Set in Kanesatake, it follows the poignant story of Heather, a missing teenage girl (Mckenzie Kahnekaroroks Deer) told through the eyes of Ivy, her seven-year-old young sister (Lake Kahentawaks Delisle). The movie retraces the heartbroken journey of Ivy and her mother (Carmen Moore) searching for their lost loved one.

“I felt powerless,” said Boileau about the appalling statistics of MMIWG. “I’m not an activist, I don’t know how to do that, but what I know how to do is make films, and maybe I can do something towards the cause by making this film.”

Shot in the summer of 2018, the movie has been circling in festivals for the past year and has won awards.

More recently, on August 10, Rustic Oracle was screened as part of this year’s First People’s Festival, the 30th edition.

With the pandemic, the production team and Boileau considered forgetting about releasing it in theatre and instead, going directly to digital as people could watch it at home. However, the coronavirus forced most of the American movie industry to cancel production and releases, allowing for content from Canada to shine through.

“Playing in the Guzzo chain goes beyond what we were expecting,” said the filmmaker. “You know the saying in French, le malheur des uns fait le bonheur des autres (the misfortune of some makes the happiness of others), I feel like that’s what happened to us! The fact that bigger American movies were cancelled due to COVID-19 made room for smaller films and we are the lucky ones. If the pandemic served one purpose, it would be that!”

“A lot of people still see it as a niche cinema, when it’s not,” she said. “The themes are universal, we are talking about family, love, youth, all things that anyone can relate to. Once people realize that, I hope they will be more open in the future to go see more Indigenous movies because they’ll realize there’s more they can relate to.”

As an Indigenous filmmaker, it was important for Boileau to include as many people from her community as possible. The movie cast is composed mainly of Indigenous women, with 90 per cent of the extras coming from Kahnawake and Kanesatake.

“The community has always been generous and supportive, even when I was in school,” said Boileau, who will be turning 41 on the same date of the movie’s release. “They were pushing me so that I wouldn’t quit school and I felt like for once that I have a budget, I could come back and pay people to work on a film. I could hire people for the crew, or in the cast as extras to play some of the roles. I could finally bring something back.”

When talking about her movie, the pride of being able to show her community while confronting a bigger issue is deeply felt in Boileau’s discourse. From the get-go, she surrounded herself with people who had family members that went missing to help her tell the story, such as Cheryl McDonald whose sister Carleen, 25, went missing in Akwesasne in 1988.

“We also worked with Enfant Retour (Missing Children network) in Montreal and they reached out to all the families of missing children because there’s a scene in the film you see a lot of posters of actual people who’ve gone missing,” Boileau said. “The families were like, ‘yes please, the more that we can see that these cases are still active, the better we can get the word out.’”

Before the shooting days started, Boileau explained that the production created a safe space for everyone to feel comfortable, as they were dealing with such a sensitive subject.

“My mom and I went through the role,” said 11-yearold Delisle, “and she explained to me how hard it would be to play. I didn’t understand until I got to the emotional scenes. It was really sad because if it happened to someone in my family, I would be very upset. Before I got the role, I wasn’t too aware of it (MMIWG). But after, I realized how often it happened and that you need to make sure you are safe.”

For Deer, who plays the missing girl and was also experiencing a movie set for the first time, it was reading through the script and being on set that helped her see the pain and difficult obstacles that families have to go through.

“It’s truly heartbreaking,” said the 19-year-old actress. “This story needs to be heard and understood.”

As the film will be playing all over the province, Bonspille-Boileau hopes to connect both non-Indigenous and Indigenous audiences in remembering that each and every missing or murdered female has a family that is still grieving.

“I want people to realize that the stories are real and still very much in all those families and hearts. Because of the national inquiry and political debate around it, it became a national issue that distances us from the human beings that live through it,” she said.

“Every one of those girls had a mother, a father, brother or sister that now misses them. I feel we tend to forget that.”