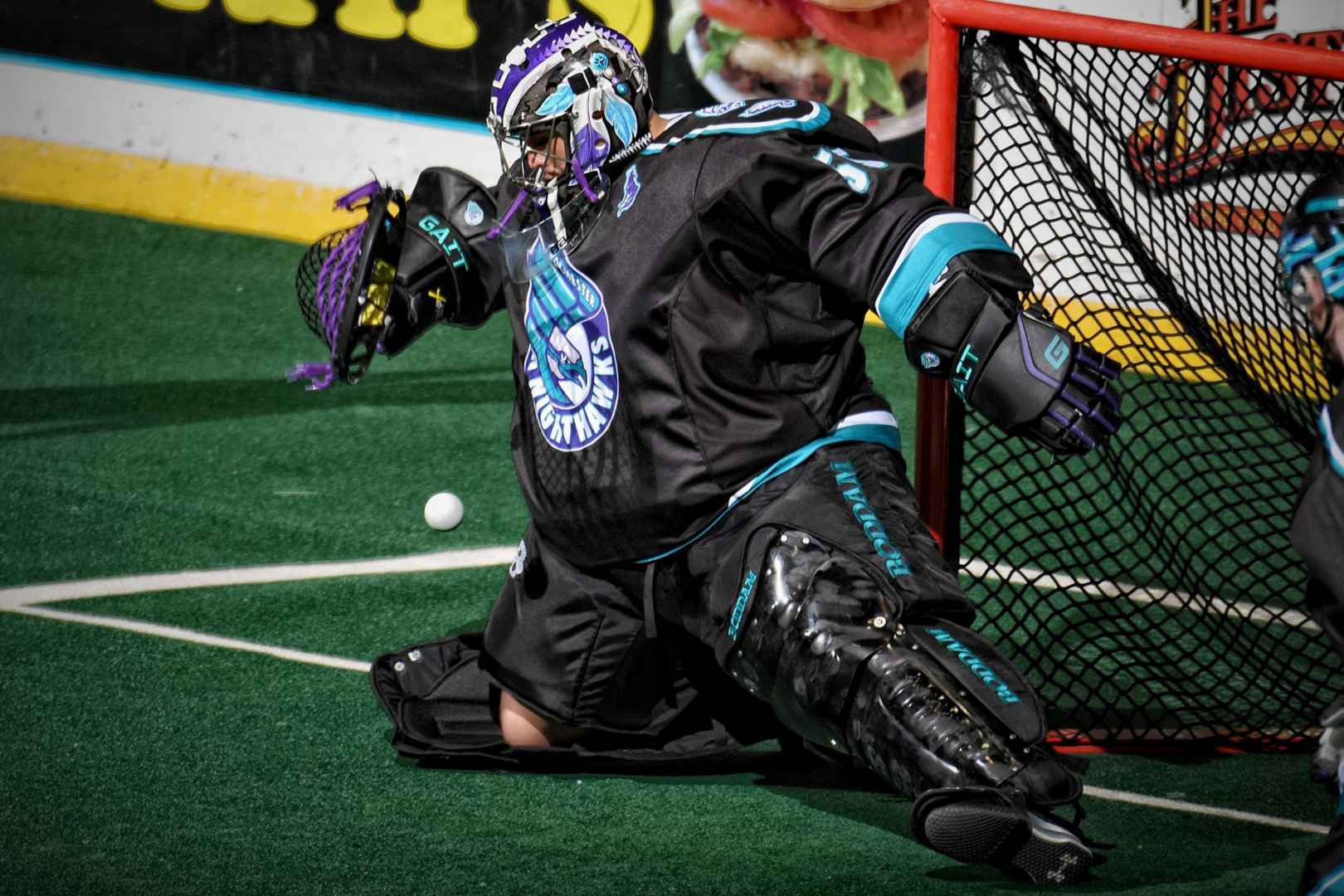 After suffering a heart stoppage at the President’s Cup last year in August, Kahnawake’s Angus Goodleaf will return to the National Lacrosse League with the Philadelphia Wings.

He was sidelined from lacrosse since the incident and sat out the entire 2020 season. Goodleaf has not played a professional game since his collapse. He was currently on the New York Riptide on a two-year deal signed on August 1, 2019. Goodleaf signed with Philadelphia for one year on August 5.

“I was thrilled,” he told The Eastern Door. “I was happy. I wasn’t quite sure what was going to happen going into free agency. I got released from New York a couple of weeks before because their doctors said they couldn’t clear me. I was happy to get the call.”

He will be reunited with head coach Paul Day of the Wings. Day coached Goodleaf with the St. Regis Indians of the Major Series Lacrosse in 2009.

“I’ve known Paul for a long time,” said Goodleaf. “I was going to sign the first contract given to me and I was just happy to get another opportunity. I was really glad it was Philadelphia.”

He was signed as the backup goaltender to current starter Zach Higgins, who was acquired in a trade from the Buffalo Bandits in July 2019.

The 33-year old netminder describes his faint memories before his heart had stopped and he fell unconscious.

Off-duty paramedics who quickly arrived on the scene resuscitated Goodleaf with a defibrillator. When carted out of the arena, he gave a thumbs up to everyone, although he has no memory of doing so. After spending 11 days in the hospital, the doctors could not diagnose a problem and Goodleaf felt he could have returned immediately to play in the President’s Cup.

“Everything came out as normal so they couldn’t pinpoint anything that exactly happened,” he said. “Two hours passed after the initial collapse, I was completely normal. I was foggy, but I didn’t have anything wrong with me. I felt like I could go back and play. It was serious because it was the heart so I had to stay in the hospital.”

The COVID-19 pandemic has affected Goodleaf’s training regime during the offseason. Gyms have not opened yet in Six Nations, including his residence in Oshweken.

“I’ve been training pretty hard all summer. Right now, I’m doing lifting one day and a bike ride every other day for six days of the week,” he said. “There’s a small home gym in my garage – that’s all I’ve been doing really.”

It has not discouraged Goodleaf’s Warrior spirit in returning to the Creator’s game, as he is eager to return to the net.

“I’ve been 100 percent since March. I’ve wanted to play for awhile,” he said. “Lacrosse is a big part of what I do. You meet new people, travel to different places and it’s why I love the game.”