You are here
Home > Sports > Taken by cancer too soon 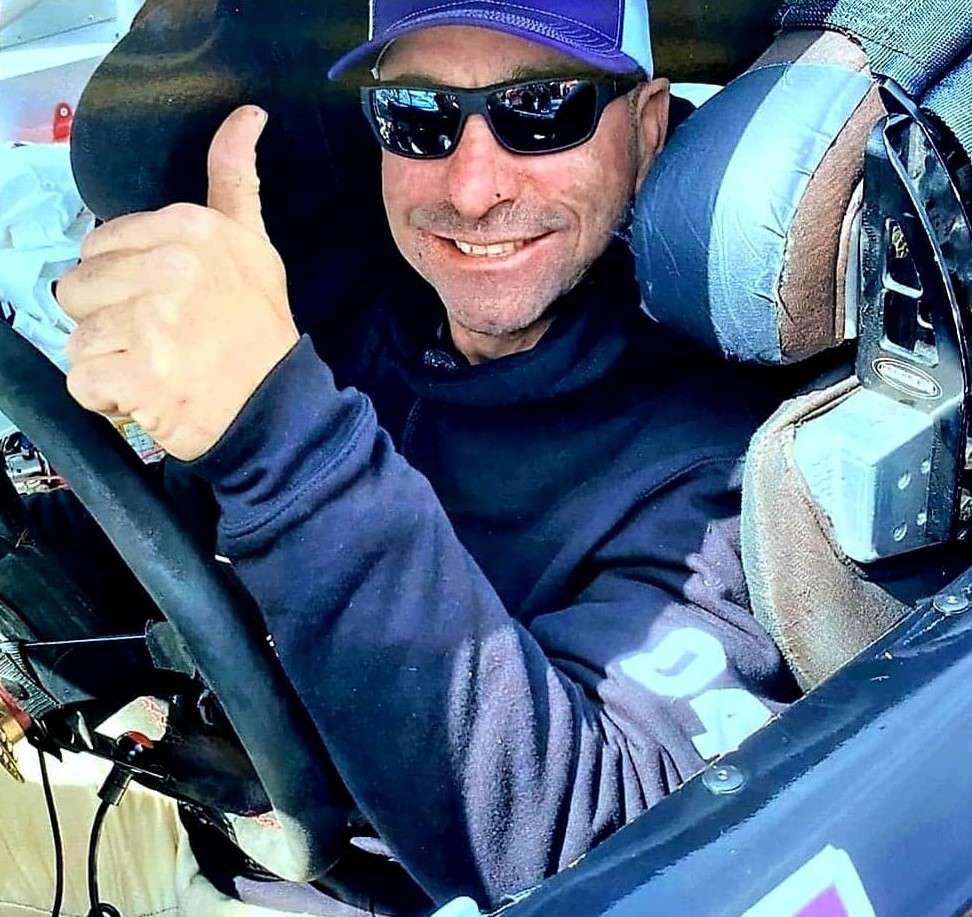 Brandon White and Trevor Montour fought brave battles against cancer, but both sadly died within less than a month of each other, leaving behind many loved ones. 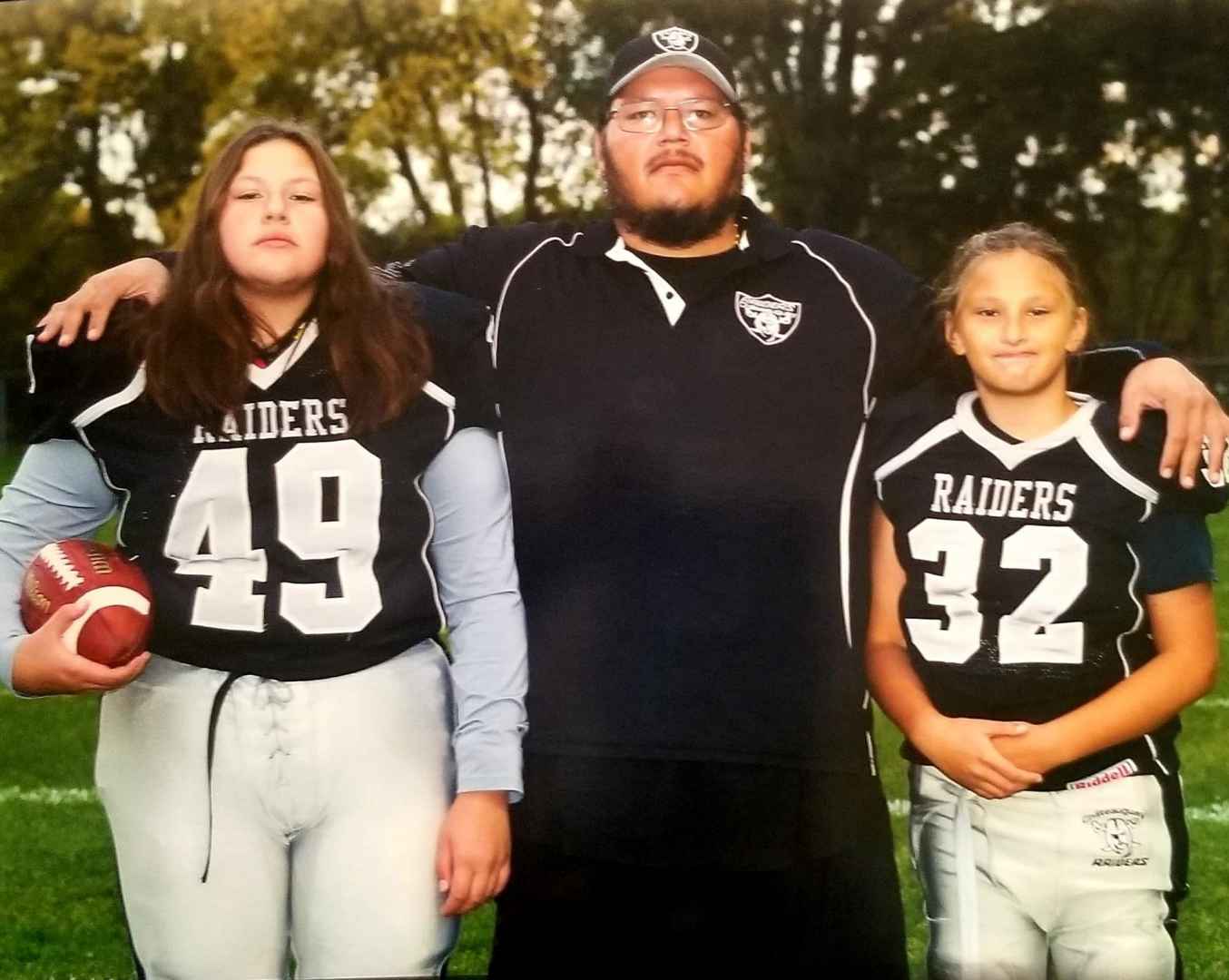 Legacies have been left behind after the deaths of former NASCAR driver Brandon Ioseriio White and Chateauguay Raiders football coach Trevor Montour, both from cancer.

White was best known for his six-year career from 2011-2019 in the NASCAR Pinty’s Series. Despite his cancer diagnosis in 2017, he raced four times that season. He took 2018 off to recover, made his comeback with nine races in 2019, with a top-10 finish at Autodrome Chaudiere. That was his only one in his career and was his second race since his return.

“He would not give up, that’s what he had a passion for,” said his partner Laurie Jacobs. “It didn’t matter if he was in pain or didn’t feel well, but when he was in the car it would make him feel better. When you’re going through the disease he was going through, you would do something to alleviate the stress and that was his go-to thing.”

She was White’s common-law partner for 15 years. They had two girls, a boy and a stepson from Jacobs’ side. Despite White’s passion for NASCAR, he prioritized his family over anything else, according to her.

“He was a family man,” she said. “With his friends, he wanted to try to interact with one another and have the kids get to mingle with each other. Any sports our kids were a part of, he was involved and he would coach.”

White became an advocate for early cancer detection and had an “Early Detection is the Key” paint design, including purple ribbons in his 2019 return to NASCAR, to share his story and spread awareness.

“For the Cancer Support Ribbon Walk, he biked every morning and tried to inspire others by posting on social media,” said Jacobs. “He promoted early detection is the key. The minute you feel something that’s just not right, go and get it checked.

White’s funeral saw over 150 people pay their respects, including a tribute of motocross bikes and ATVs revving and riding slowly through the street.

“He was my favourite racer,” said Jacobs. “I appreciate the community’s compassion. It makes things a lot easier.”

Kahnawake raised $5,870 in support of the Tetewatatia’takéhnhahs Cancer Foundation instead of flowers, in honour of White’s passing.

Trevor Montour was an assistant coach for the Mosquito and Peewee Chateauguay Raiders since 2015. Both his children Madison-Rose, 14, and Bryce, 10, were on the teams he had coached for.

Wrestling coach and cousin Peter Montour said Trevor was a selfless man who was a protector and had a great sense of humour.

“He was a great guy. No matter what was going on in his life, he’d always have a laugh,” said Peter. “It was infectious. He always got everybody laughing.”

Growing up, Trevor was passionate about freestyle wrestling and football. He passed down those passions into his children, which helped make the family’s relationship stronger.

“I can’t even imagine the bond we had, we made it that much closer,” said Trevor in a December 2019 interview with The Eastern Door. “Especially with the cancer treatment, it brought us closer together.”

Trevor spending all day with his children was a common theme in the Montour family.

“I got to spend four hours a week a night on the football field and every Saturday, my son would play then my daughter played next,” said Montour. “There were whole days that we’d spend on the football field. It’s something I’ll never get again. I’d do that all over again in a heartbeat.”

“His kids were involved, a lot of stuff we were teaching in wrestling, he was training them in football. He looked at all the kids on the team as if they were family,” said Peter.

“Trevor always had their back and he was a true coach. As time was going on he was developing health problems, but he was always there for his kids and always drove them. You couldn’t ask for a better parent.”

When Madison-Rose was abroad for wrestling competitions, Peter would recall how dedicated and supportive Trevor was for his daughter.

“Her dad was her loudest fan. He’d make the trip up (in secret) and brought the family to surprise her. He took care of everybody,” said Peter. “When you think what a Mohawk man should be, that’s Trevor Montour.”

Peter always saw the warrior spirit inside his cousin, whether it was sports, life or his battle with cancer.

“If you think about how rough you have it, look what this man went through and how hard he fought,” said Peter. “He still helped the community and shows what kind of man he is. I have nothing but praise for Trevor.”