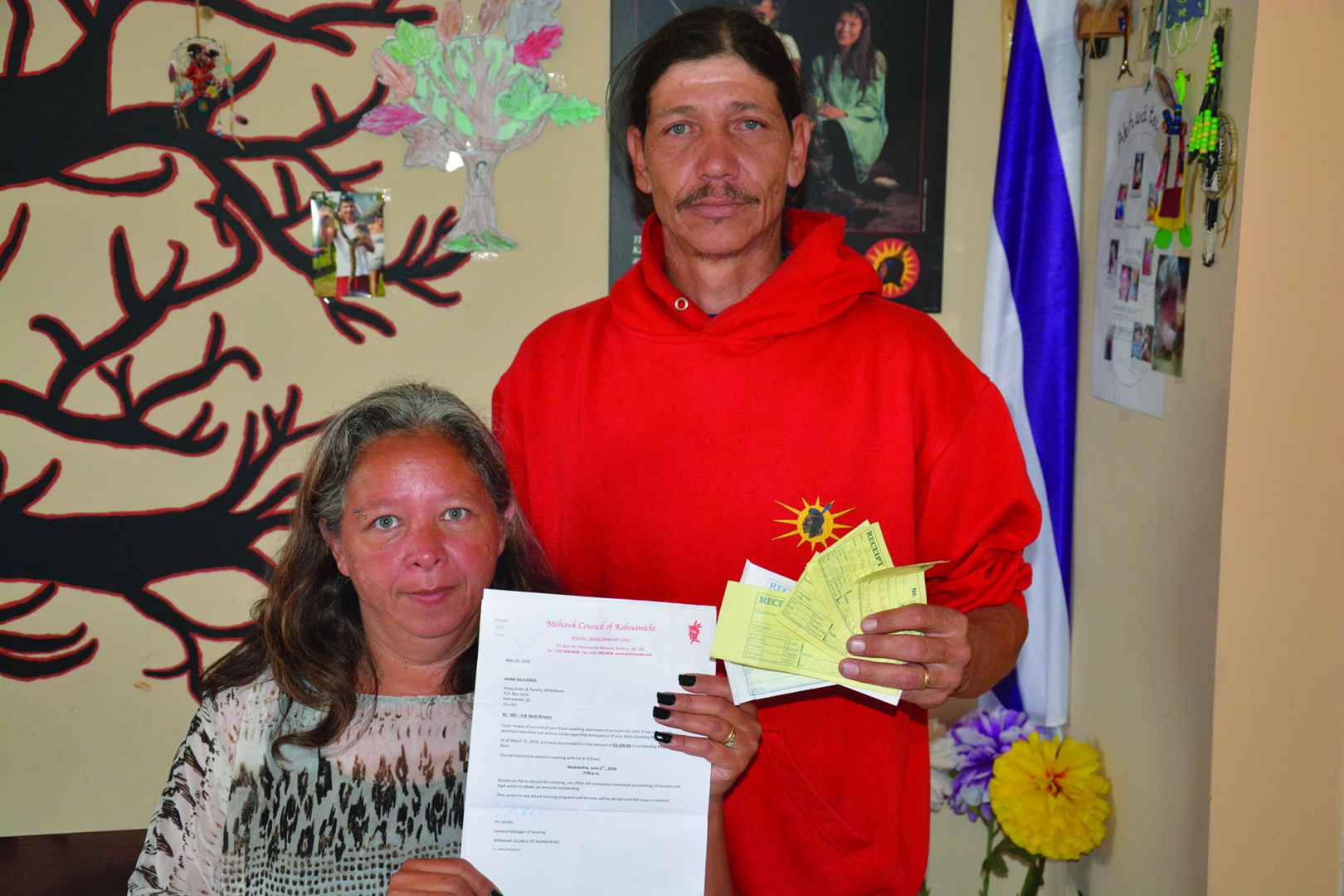 After handing over the Mohawk Council of Kahnawake (MCK) Housing file to the crown prosecutor last September, the Kahnawake Peacekeepers recently partnered up with UPAC (Permanent Anticorruption Unit) to continue working on the file.

UPAC is a provincial agency that specializes in cases related to corruption, collusion and other economic crimes involving the government. The partnership started in April, according to chief Peacekeeper Dwayne Zacharie.

“The file is still under investigation, said Zacharie. “They have a certain expertise that we don’t have here, and they are going to help us to sort that stuff out, and as we go along, the file will progress,” he said.

The Eastern Door contacted UPAC, and spokesperson Mathieu Galarneau said that the Kahnawake Peacekeepers asked for their help in the analysis of the evidence acquired and the charges that could be held in the case.

According to Zacharie, the partnership also includes the crown prosecutor.

“We work really closely with the prosecutor.The prosecutor has already reviewed the file, but there are some additional findings in there, and UPAC is going to help us get the additional evidence together,” said Zacharie. “They specialize in making the evidence clearer and easier to understand. They also help with the financial aspect of it. It’s almost like they are going to help us and the crown with cliff notes of the entire file. The file is huge. We have boxes and boxes of evidence, and we have to weed through it because they need to be able to discern what is in each box,” he said.

Recently, investigators from the Kahnawake Peacekeepers met with UPAC to update the file and to move forward. And Zacharie said that when the file goes to court, it will be easier to go through the whole process.

“This is one of the strategies. We are just waiting. It is very time-consuming because it is tedious work. I know lots of people think that nothing is happening, but that is not the case. Files like this are very complex, and they need expertise in certain areas, and that is what we have done,” said Zacharie.

The Eastern Door contacted some of the victims of the Housing scandal and many said that they have gone months without any news and that, yet again, they have been left in the dark.

Kim Diabo said that MCK’s Housing department told her that she still owes $42,000 in mortgage payments.

“My question is what happened to all of the money that I was paying for years?” said Diabo.

“Because it shows on all my receipts going to arrears and house payments. So, there is a lot of money that they owe me back, and there is also my $10,000 cheque that I am still waiting for, that they said no, they are not giving me. But they are claiming it went on my house payment,” she said.

The same day that she paid the $10,000 to her mortgage, it showed that she still owed money and that she was still being charged for late fees.

“We were never called to give sworn statements to the PKs. It’s been over a year, and nobody ever contacted me. Actually, I contacted them to see what was going on last year and they said that they were looking into it,” she said.

“We are out thousands of dollars, and we still can’t fix up our houses. We won’t get loans to fix our houses. It’s as if they forgot about us,” said Diabo. They only information that Diabo has received is proof of house insurance.

“I am not sending them (Housing) anything. I am not giving them a dime. I want to meet with a financial advisor that is not from town to look into it. I am not paying anything. I refuse to pay until they clear everything up, and they give us back a lot of money that they stole,” she said.

MCK chief Gina Deer told The Eastern Door that since the file is in the hands of the Peacekeepers, Council is waiting on the crown prosecutor to see what comes next.

In terms of repayment for victims, Deer said that there are only about four cases left to finalize.

“That has been worked on since day one to rectify the situation, and our legal department has worked with each individual along with our accounting department to go back and rectify all of this,” said Deer.

“That was already done. There is a very small portion of people that we have left to resolve. Some are not happy with the outcome of the result. Because if we go back to what we have on file, and some people cannot justify a payment – and let’s not forget there is mostly a paper trail and we also tried to be flexible with those who have not been able to provide any proof of payment,” she said.

Faye Norton said she also hasn’t been contacted about the case and that the MCK only paid her back $443, which is the equivalent of one month’s rent. She said she expected much more.

“I haven’t heard anything,” said Paula Paul, another victim of the housing fiasco. “All I was told was that everything was on hold due to COVID-19. At this time, I can’t pay rent. I have no place to pay it,” she said.

Tammy Whitebean, who moved out of the MCK apartments in January and lost about $5,000 in rent payments, said that she was never contacted to provide a statement to the Peacekeepers.

“I never heard anything. I just figured I was renting an apartment, so I figured it was the Council’s money,” said Whitebean.

When the file was transferred to the crown prosecutor last fall, the Peacekeepers recommended charges of fraud, but charges have yet to be filed.

An audit found that $695,000 went missing from the Housing Unit at the MCK over a period of more than 10 years, resulting in the scandal breaking in the summer of 2018.

“We are still looking to improve upon the whole Housing itself,” said Deer. “There are many lessons that have been learned through this, and there are a lot of things that need to be put into place, and that is what we are working towards at this point. Not only supplying housing but enhancing the whole program.

“I think separating Housing from Financing is one of the major first steps. We are going to have a whole issue around delinquency because we are still dealing with that, and it shouldn’t be Housing dealing with that. Moving forward, there is going to be a lot more change coming,” said Deer.

On Monday, the MCK’s Housing Unit announced that it was preparing to resume regular Housing payments beginning July 1, after having implemented deferred payment agreements with several of their clients who were struggling financially because of the COVID-19 pandemic.