You are here
Home > News > Going back to the roots 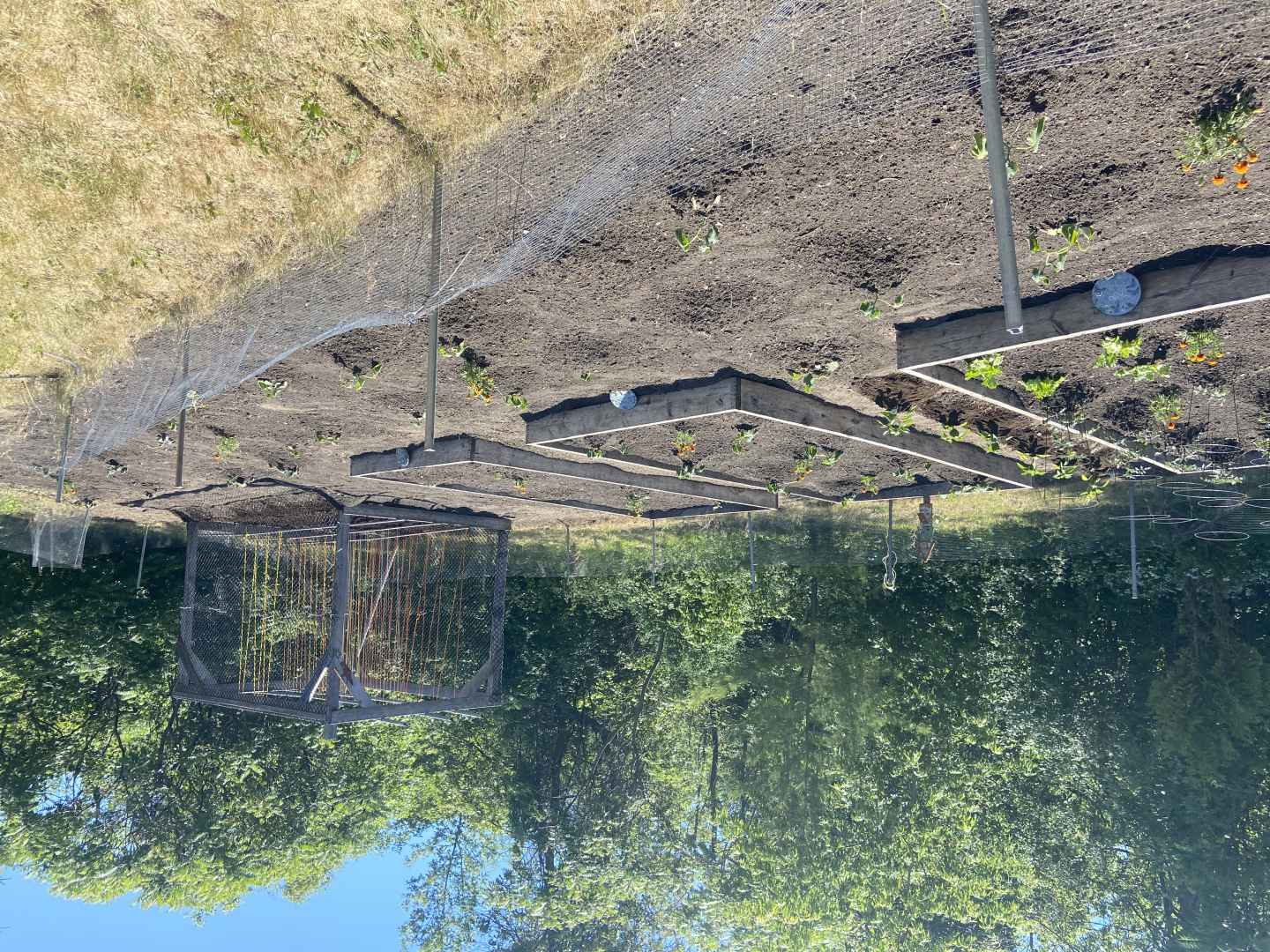 Every day at around 6:30 a.m., Ruth Jacobs goes outside in her backyard and waters her garden.

Jacobs has tomatoes, squash, cucumber, pumpkin and watermelon planted in her garden in Kahnawake.

“My father, my uncle, my brother, my whole family had a garden,” Jacobs said. “I used to always have one, I could spend the whole day in the garden.”

Jacobs was worried that this year she wouldn’t have a garden because it was too much for her to do.

But when Jacobs heard about the First Nations Regional Adult Education Center (FNRAEC) Grassroots Community Gardening Project, she was happy to find out that having a garden this year would be possible after all.

Jacobs, 69, said she is happy about the garden initiative because having to do everything herself was daunting.

“I’ve always had a garden,” Jacobs said. “But the last couple of years have been too much to do it on my own.”

Jacobs called on a Sunday to request a garden be made in her backyard and the very next day, workers from the initiative showed up ready to transform her space into what she envisioned.

Jacobs said the team worked hard on her garden and didn’t take any breaks.

“They did everything,” she said. “It was amazing.”

She even said that this garden has inspired her to continue to maintain it and even plant additional flowers.

“I was so emotional the whole time they were here,” Jacobs said. “I wanted to cry, I was so happy to have a garden.”

The garden initiative aims to create and adapt home gardens in the community, as well as to promote food sovereignty and self-sustainability.

Tiio Hemlock, who is in charge of the initiative, said this year has particularly been the busiest they have ever been and he believes it’s because of the pandemic.

Hemlock says the initiative has always been about encouraging community members to have their own garden.

“We set out to set an example,” he said. “We wanted to show it is possible for us to produce our own food.”

With each request, the team gives an estimate of how much the garden will be and what materials are needed based on the needs of the community member.

The garden initiative workers do all of the labour.

The same initiative also has a communal garden near Highway 30 and Hemlock said that a family in the community has loaned their yard for it to be an extension of the community garden.

“We’re getting back to our roots”

Sisters Lisa and Kwetiio Peterson said their mother Susan Patton offered to lend her backyard as an extension to the community garden for Hemlock’s initiative.

Lisa says her mother’s house originally was her grandparent’s house – John and Josie Patton – and offering this land is a way for her and her family to honour them.

“We figured this, as a family, was a way to honour our grandparents, our family and everything we grew up knowing about,” Lisa said.

Lisa said growing up they always had a garden, and having a garden again in her mother’s backyard is very special.

“My mom wants to be able to go outside from her backdoor, like when she was younger, and see a garden like my grandparents use to have,” she said. “It’s really a magnificent thing, we are so happy with what they have done with the garden.”

Kwetiio said this is something they grew up knowing.

“My grandfather always had a garden back there for as long as I could remember and when he passed, no one ever took it up again,” she said. “We’re getting back to our roots by having the garden back there again.”

Kwetiio said the garden, that is currently filled with beans, squash, potatoes, tomatoes, cucumbers and onions, is beautiful and her mom is very happy.

Lisa also added they loan the backyard space to Hemlock’s initiative so that people in the community could see the community garden easily, since their mother’s house is centrally located in Kahnawake.

“People hear about the community garden on Highway 30 but they don’t always have the opportunity to see it all the time,” Lisa said. “So now people can pass by and see what’s happening and it’s absolutely amazing.”

A memory for the kids

Lisa White decided this was the year her and her family would invest in a chicken coop and start becoming more independent and self-sustaining.

“It’s something we always wanted to do,” she said. “We already have our garden here and we combined gardens with three other households: my sisters and my parents; we all live in the same area.”

White was able to get chickens from a family friend in Huntingdon, Quebec, and Hemlock’s team did the rest.

“The worker that came had experience with chicken coops – his family had one,” she said. “He built it up the road and brought it back in a week and it was all done.”

White was amazed with what was delivered back to her and her family: a large chicken coop with roof shingles that could hold more than 10 chickens.

“It was full service, it was amazing,” she said. “We’re all so proud of it, it’s a big commitment to have animals.”

White said this coop is special to her and her family.

“Growing up we always had chickens,” she said. “We also had ducks and geese. We are starting with chickens but we are looking at introducing turkeys and goats eventually. My husband even mentioned getting a cow.”

White is pleased with the outcome of the coop and is excited to get her kids involved and make memories.

“We’re definitely involving the kids so they will remember this,” she said. “We’re getting back to our roots.”

“My son has the responsibility of putting the chickens in at night. They collect the eggs; my kids are very hands on.”

She is very happy to finally be investing in animals and said it has also made her realize some things.

“We were running out to the grocery store so often,” White said. “It’s one thing to buy a carton of eggs up the road, but in the long run we have to learn how to preserve things and know where our food is coming from.”

White also said that this teaches her family to be mindful of food.

“It’s shifting everything we know. We’re going back to the way it used to be.”

“In the beginning it was to show to the community what is possible,” Hemlock said. “This year it’s kind of like a necessity to have a garden.

“We don’t know what’s going to happen with the virus,” Hemlock added. “But whatever happens on the outside of the community, in Kahnawake we are trying to make sure that our people will have food to get them through the winter.”