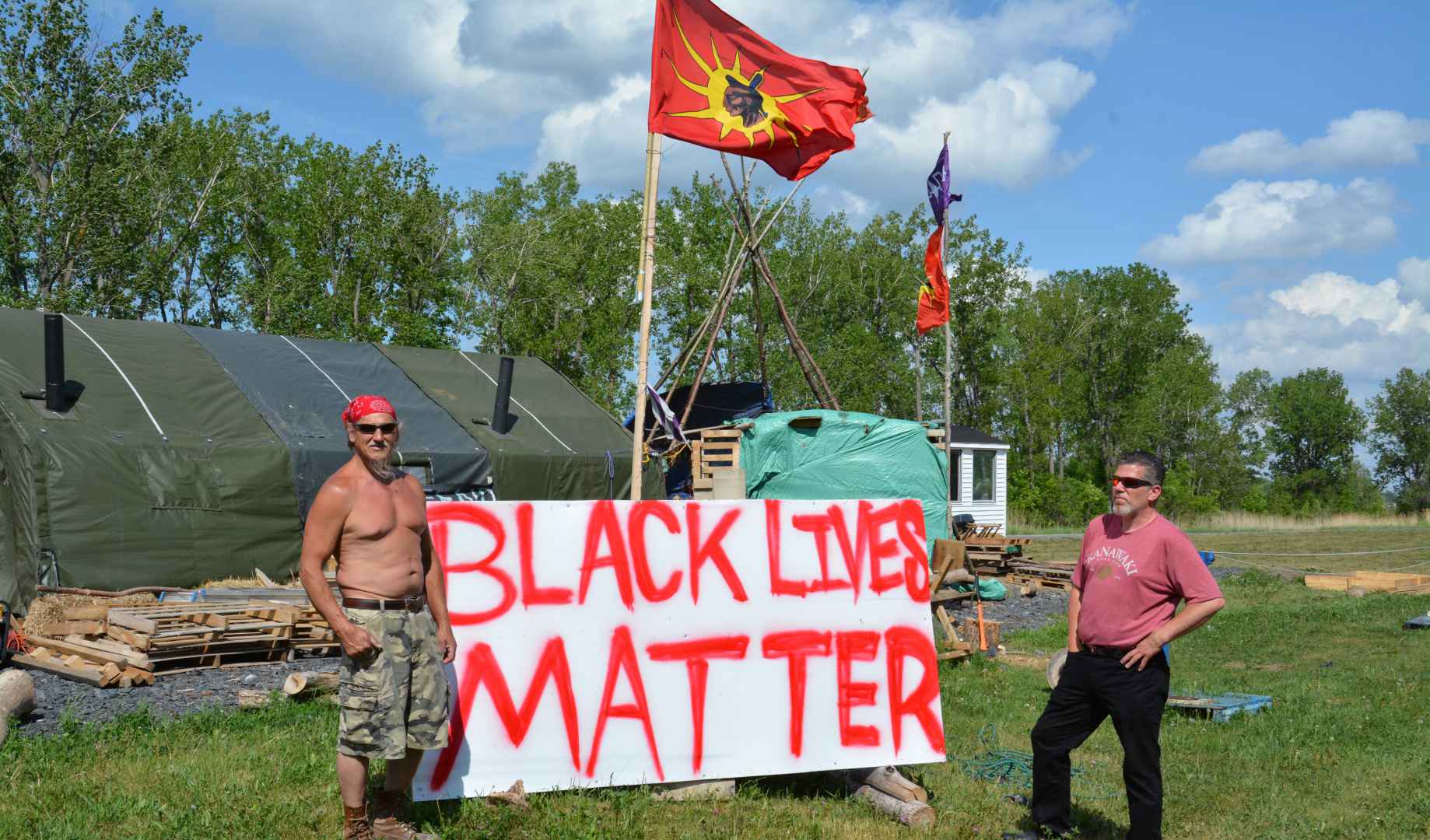 Protests have erupted worldwide as people continue to reel in shock and horror by the killing of George Floyd at the hands of four Minneapolis police officers, with one, Derek Chauvin, kneeling on Floyd’s neck for nine minutes.

Last Sunday, Kahnawake joined the fight against systemic racism and discrimination. In a show of solidarity, land defenders erected a large Black Lives Matter sign at the site of the sacred fire on Highway 132 near Glen Delaronde’s.

“When I saw the video of George Floyd’s death, I was very angry,” said land defender Onowakohton Rusty Nolan. “When someone says ̔I can’t breathe,̕ it means they cannot breathe. It’s only human nature that will tell us to get off the person so they can breathe. So, if those cops did not understand that, then it was cold-blooded murder.

“I have to question their humanity when I see actions like that. It hurt to see that video of George Floyd. It makes me feel that nothing has changed,” he said.

On the same day, a protest in downtown Montreal took place where people chanted, “I can’t breathe,” and denounced police brutality. Some people expressed outrage and demanded change.

“The protests around the world is an obvious sign that people of colour will not tolerate this behaviour any longer. As a Mohawk person, there was no doubt in my mind about supporting the black community.

“It hurts to see their pain because my grandparents and theirs and so on have also suffered under the same oppressive hands,” he said.

On Thursday, Minnesota Attorney General Keith Ellison announced that the other three officers who were present during Floyd’s arrest, Thomas Lane, J. Kueng and Tou Thao, were charged with aiding and abetting second-degree murder.

There have been demonstrations in at least 430 cities and towns across all 50 states, as rioting and outrage poured into the streets and businesses.