You are here
Home > Arts & Culture > Visiting a virtual gallery 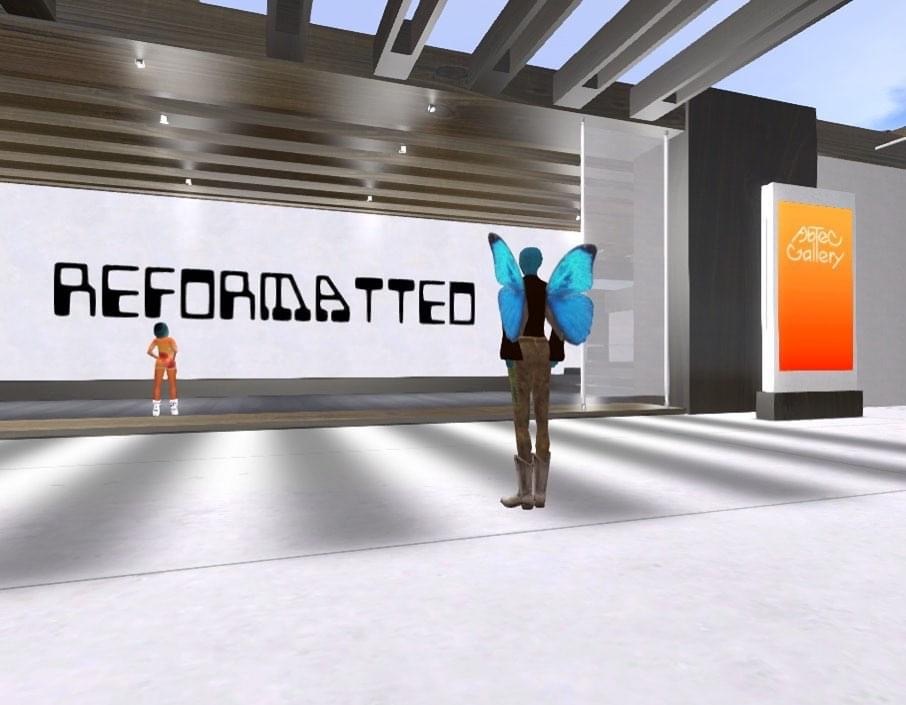 “Finally, the present has caught up to the future,” said Kanien’kehá:ka artist Skawennati, who recently dropped her last name, during a phone interview with The Eastern Door, while discussing AbTeC Gallery’s inaugural virtual exhibition Reformatted.

The virtual gallery and exhibition opened Friday, May 1, and takes place in an online virtual world called Second Life. AbTeC, which stands for Aboriginal Territories in Cyberspace, is a research network that operates out of Concordia University and aims to identify and implement methods in which Indigenous Peoples can use new media technologies to complement their cultures.

Skawennati is the co-founder and co-director of AbTeC along with partner Jason E. Lewis and she is best known for her machinima (movies made in a virtual environment), and makes art that addresses history, the future, and change from the perspective of an Indigenous woman and as a cyberpunk avatar. Her machinimas explore contemporary Indigenous culture.

“The backstory to the exhibition was that I was creating a machinima (Timetraveller™ (2013), a movie, in this virtual space, and I wanted this particular scene to take place in a gallery in the future (the year 2121). We chose the Montreal Musee des Beaux-Art, and the show inside the museum was called Early Twenty-First Century Indigenous Art,” she said.

“We built this beautiful gallery, my team and I, and we needed artworks in it, and I happen to know a lot of Twenty-First Century Indigenous artists, and I asked them if they would lend me a digital representation of their works so that there would be a beautiful, but also significant, environment for the story to take place in. These amazing people answered my call.”

The Kahnawake artist requested specific artworks that would look good in Second Life and had to be brightly-coloured, animated and clean, an aesthetic she called ‘cyberealism.’

“That is why the particular works that are in the show are in the show. Hannah’s (Claus) piece, the cloudspace (2012), is very special because I feel that it is at the heart of that space.

“Hannah and I are friends, and she had contacted me asking if we knew someone that could help her develop 3D sketches of these sculptures that she makes in real life, and so we did know someone, and they started working together. So, I knew that those pieces existed in a digital form. And I wondered if there was some way to bring them into Second Life,” said Skawennati.

Nancy Townsend, an associate producer at AbTeC, who Skawennati called an “amazing problem solver,” figured out how to do just that.

The artwork in the exhibition, which was never intended for Second Life, then had to be imported, uploaded and sometimes digitally coaxed and cajoled to make it possible to show them in this particular world, she said.

“COVID-19 was the reason it (the exhibition) happened now. Here we had this space existing for all this time in Second Life, and we had more and more visitors.

“Also, many artists have been losing income because of COVID-19. We started seeing all these virtual galleries and shows, and we thought we were ready for this. We have an amazing show right now in Second Life, so we contacted all the artists, and we said, ‘we never treated this exhibit like a real show, and we would like to do that now, and we would like to pay,’” said Skawennati.

According to Skawennati, the artists were very happy with the idea, and they all said yes.

4th space, an organization at Concordia University, was also very excited about the show and live-streamed the opening on Facebook.

“This is an Indigenously determined space, and that is what pretty special about it,” said Skawennati.

For information on how to view the virtual exhibition, visit AbTeC’s Facebook page.