You are here
Home > News > Centenarian celebrating a century 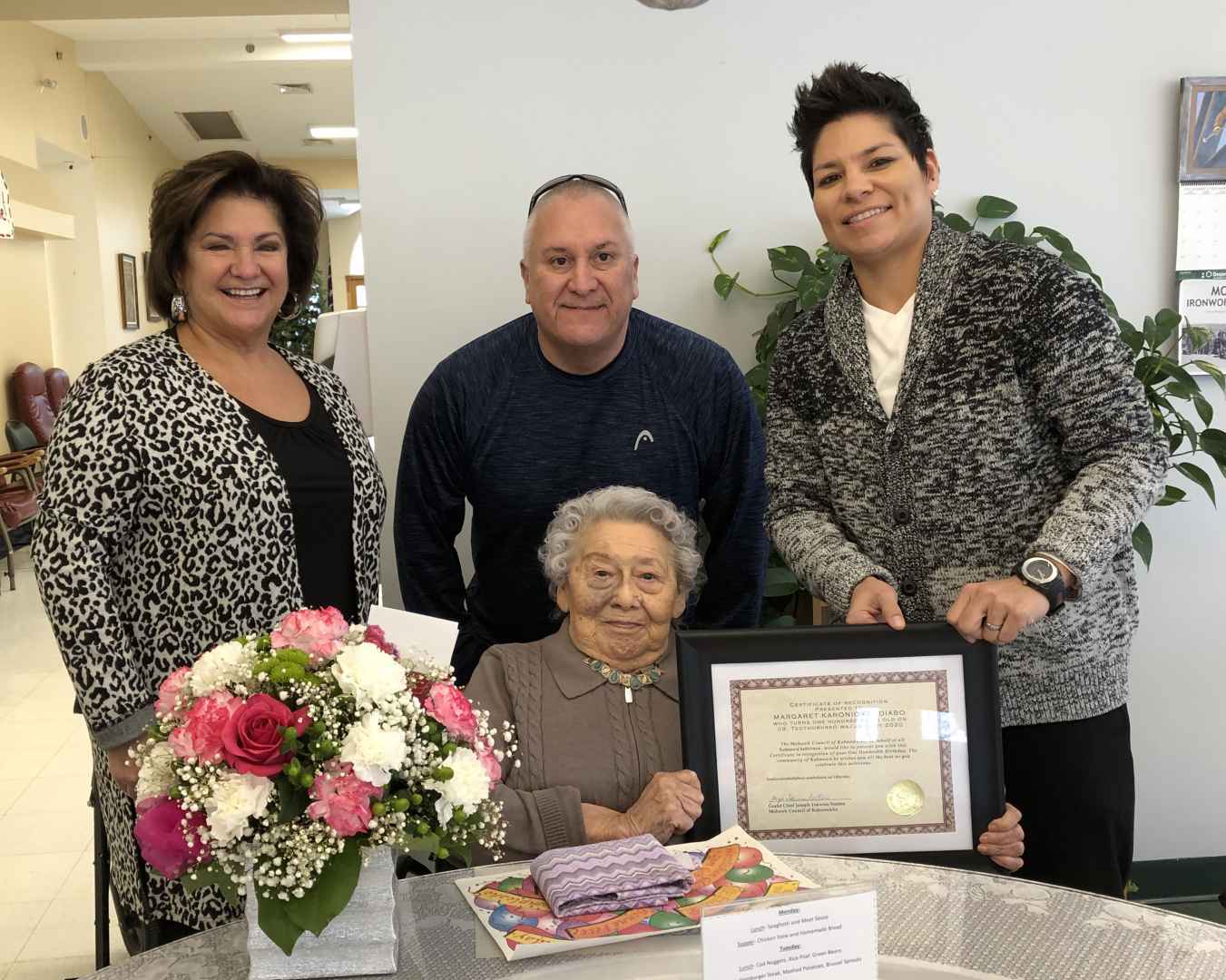 Margaret Diabo is Kahnawake’s newest member of the triple digit club, and to mark this very special birthday, her family organized a small gathering to celebrate her long and healthy life.

Diabo’s 100th birthday was on January 9, and the celebration took place on January 11 at the Turtle Bay Elders’ Lodge.

“It was pretty much like any day other than the chiefs who came with flowers and a plaque,” said Diabo.

Norma Angus, one of Diabo’s two daughters, who lives in Florida but who flew into town for the celebration, said that on her mother’s actual birthday Mohawk Council of Kahnawake chiefs Rhonda Kirby, Mike Delisle Jr, and Kahsennenhawe Sky-Deer come to the Elders’ Lodge and presented Diabo with a beautiful floral arrangement and a plaque.

“It was wonderful to have so many of the family all together,” said Diabo of the celebration.

Diabo is one of 10 children, but according to Angus, there are only five of them left.

From oldest to youngest, the siblings are Evelyn Gilbert, Robert Diabo, Melvin Diabo and Frances Diabo. “They all live in Kahnawake except for Melvin, who lives in Chateauguay,” said Angus.

Angus said her sister, along with all of her mother’s siblings and a host of nieces and nephews, including one who flew in from Texas, attended the celebration. In all, they were about 25 people.

And her request for the birthday meal?

Diabo, who has been living at the lodge for about 20 years, also lived in Brooklyn for many years.

“During a time she worked in Brooklyn in a cosmetic factory. She used to call it the lipstick factory,” she said.

She moved back to Kahnawake to live and take care of her elderly mother, Mary Diabo, and did so for a number of years,. Mary passed away in 1989.

Angus also said that several residents from the lodge and the kitchen staff chipped in and bought Diabo a cake, which she enjoyed.