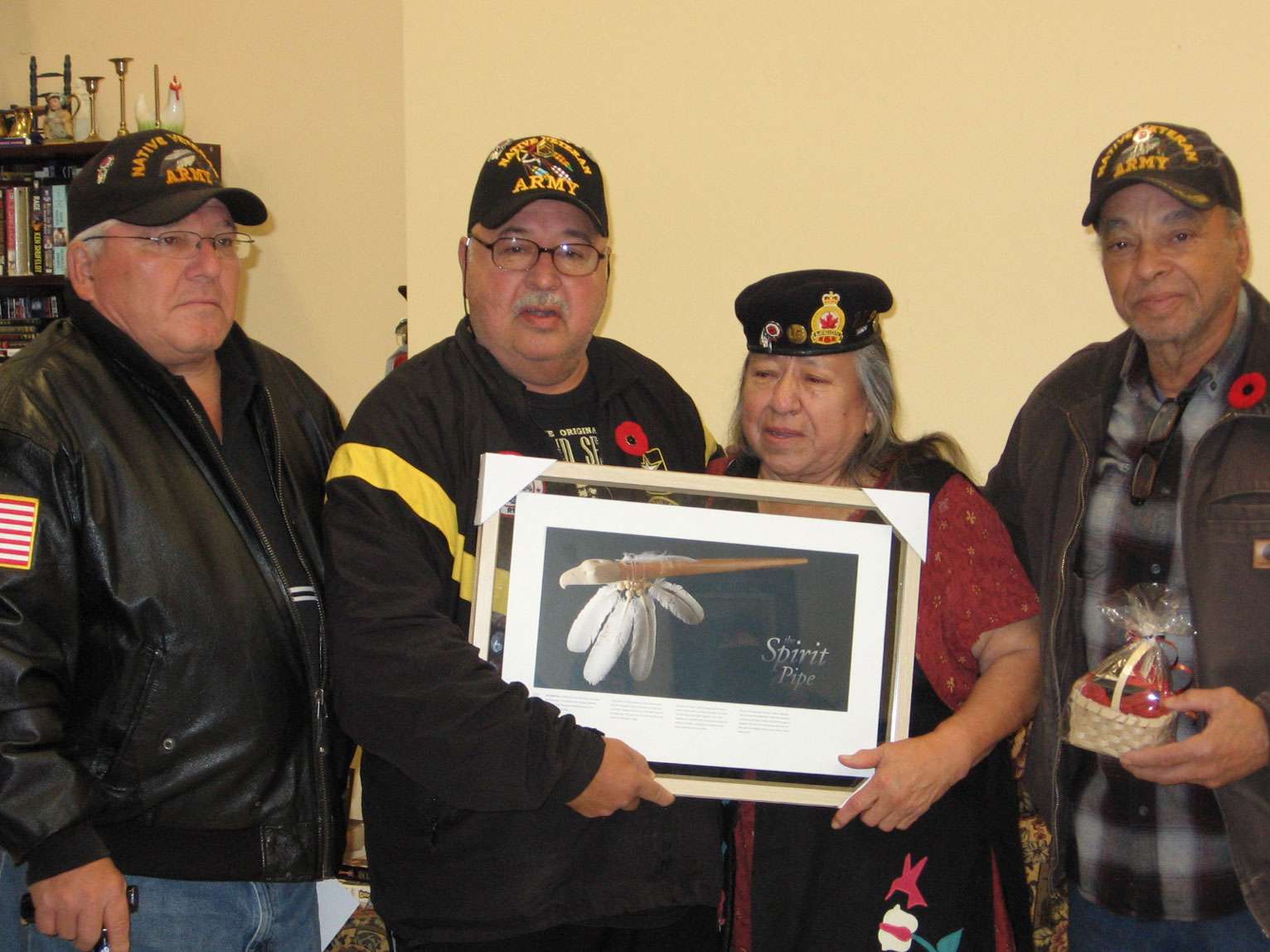 Veteran Barbara C. Diabo is the first female veteran from Kahnawake to be living at the Elder’s Lodge. Diabo is a veteran from the United States military in the nursing sector.

Veteran Ray Deer noticed that Diabo did not make it to the Remembrance Day parade and ceremony held November 9.

“Usually Barbara is always at the activities that the Legion hosts, especially Remembrance Day activities that go on every year. We didn’t know the reason why and we decided to try and locate her,” Deer said.

As tradition, on the 11th day and the 11th hour of November, Kahnawakehronon veterans, their families and community members gathered around the cenotaph in front of the St. Francis Xavier Mission Catholic Church in Kahnawake for the two minutes of silence.

Prior to the ceremony, Deer wanted to surprise Diabo and make it so that she was not forgotten.

“So, I called her the night (before) and I told her I was going to see her the next morning. I didn’t tell her what I was bringing or who I was bringing and she goes ‘oh great, great!’ and then she asked ‘do I have to wear my beret?’” said Deer.

Deer and Diabo are from the same branch and thought it would be nice if she wore her beret.

When Deer got to the Elders Lodge, he helped Diabo put on her beret and sat her down and explained to her what was going to happen for the next hour or so.

Deer had a few other people with him, including other staff members of the Legion and other assorted well-wishers.

“So we went there and we did a presentation for her. Then we sat down, had some coffee with her, talked with her and laughed with her and she was very overwhelmed,” Deer said.

Deer and the other Legion members and community members who accompanied him also brought Diabo gifts to pay homage to her service in the military.

“We thought it would be pretty neat to kind of put her on a pedestal and honour her with all the gifts we had. We gave her what’s called a spirit pipe and it depicts women on the battlefield on a portion of the picture and we thought it would be really cool for her to have,” Deer said.

After the presentation it emotions were high, Deer added.

“The rest of us tough guys saw her getting emotional and we were all like ‘get back in there, tear!’ because she got us a bit,” Deer said.