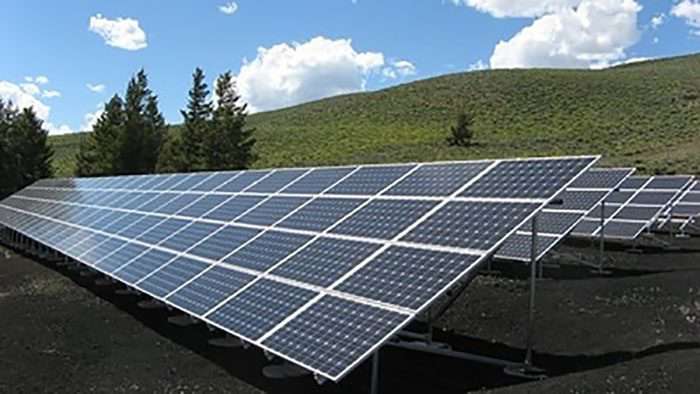 The renewable energy industry is rapidly growing, and with a current workforce nearing retirement, a new generation of employees will soon be needed. (File Photo)

Renewable energy is a fast-growing industry, and has become good option for career futures as the need for energy expands.

The Iohahi:io Adult Education Centre in Akwesasne currently has a program for community members looking to enter that field.

The Energy System Engineering Technician program (ESET) is a two-year diploma course, which is offered in a partnership with St. Lawrence College in Kingston.

“I got into it because there’s a lot of energy-based problems in our community, and I just wanted to be on the forefront in the progression of the solutions,” said Evan White, one of the 13 local students in the program.

White said it’s a career that he is interested in getting into because it’s something he would be able to use within his home community as the industry expands.

“We have regular power outages around here, high energy bills in multiple zones in our community and I’d like to see people not as angry anymore about that kind of thing,” he said.

The two-year course has four semesters and will finish at the end of April. The students are finishing up their third semester right now.

Iohahi:io, academic program manager, Becky Smoke said that Mohawk Council of Akwesasne is a large employer in the community and many of the workers will eventually retire. She said the infrastructure is also aging and will soon be replaced, so having the ESET program for community members is a good investment.

“They’re in need of new and upcoming potential employees who could take the lead and take control over the new electronics, because a lot of it is digital and it’s different right now,” she said.

A large part of the program is focused on solar photovoltaic power.

“We’ve touched lightly into wind turbines and biomass energy, but we really haven’t gotten as deep as we have been into solar. That’s really on the rise and it’s so inexpensive and getting cheaper and cheaper,” said White.

Smoke said that the program is focused on the future of the community becoming more self reliant with energy production.

“We’re going to start out as technicians at first and we will be installing it at first but eventually we will have the training behind us to become designers, the engineers behind it. We design the whole complete system and all the technicians put it together,” said White.

Smoke said that there will likely be another course offered in the fall for another group of students, but that could depend on if she is able to expand the current program. She said that she is looking at adding another year to the course for the current students.

“They are requesting that I try and offer year threes which would give them a full, well-rounded, hands on education so they could do what ever they want in renewable energy,” said Smoke.

She said it would depend on what St. Lawrence College can offer for instructors and resources. There is also the question of securing funding for a third year.

White said he’s excited about the possibility of a third year, but for now said that the future looks bright for his future career in renewable energy.

“That’s going to be the next big push all around the world and that’s why they’re focusing in on that,” he said. “There’s going to be so much work in it very soon that it only makes sense to try and get into it if you can.”