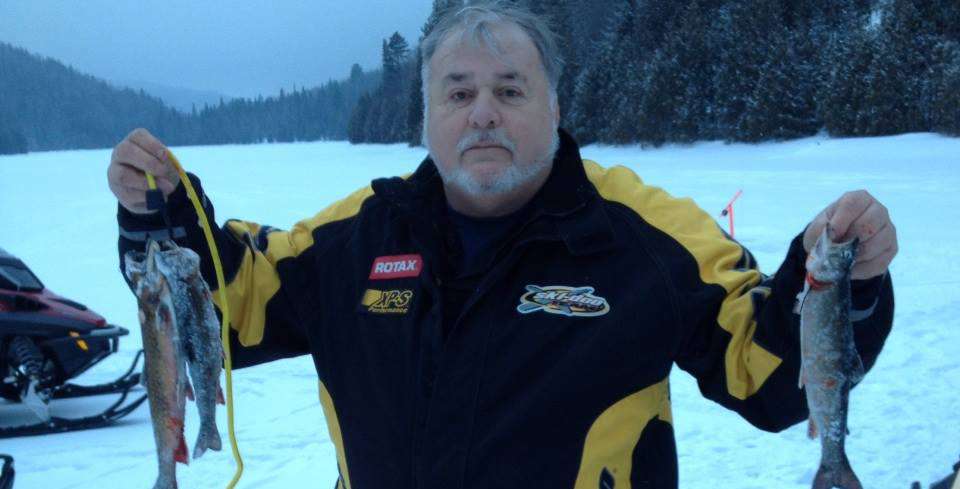 Kahnawake was shocked and saddened to hear the news that long-serving Mohawk Council of Kahnawake chief Martin Leborgne passed away Tuesday night, leaving a large void for those who knew him. (Courtesy the Leborgne family)

Tuesday night, news spread that former Mohawk Council of Kahnawake chief Martin Leborgne had died. Leborgne fell ill the day after this year’s council elections, and was in care at the Anna Laberge Hospital. He was 65 years old.

Leborgne was a dedicated family man, and those who worked with him remember him dedicated to helping those less fortunate. He leaves behind a loving wife Lee, children Duke, Betty Jo, Tracy and Peter, and grandsons Jackson, Akwirente, Brayden, and Peter Jr.

Martin was an ironworker before serving on council, and got to realize his dream of working with his son in Rhode Island in the late 90s.

“I was just a punk, 18 maybe, 19,” said Duke. “I worked with him for maybe three months, four months… It was awesome. It was something he wanted to do, work with me, before he officially stopped, retiring, and then he got into politics.”

Martin instilled a solid work ethic in his son that Duke is forever thankful for.

“He always woke me up early in the morning on the weekends and made me work,” said Duke. “He didn’t care what time I got home at night, he still woke me up at 5 a.m. to go to work with him.”

His coworkers on council were also shocked and saddened by the news.

“It hurts,” said Bobby Patton, the council chief seen throughout his tenure on council by Martin’s side in almost all situations.

“When we started working together, we had that connection. His drive and love for the community was just as much as mine was. We’ve always tried to help others, the less privileged,” said Patton.

“He was very passionate about the community and wanting to help the ‘average Joe,’” said council chief Kahsennenhawe Sky-Deer.

“The very next day after elections he got sick,” said Duke.

After multiple trips to the hospital, doctors found an infection in his gallbladder that complicated the illness in his stomach, and caused Martin’s health to go downhill fast.

“He got an infection in his stomach and from there it kept spreading,” said Duke. “The infection got into his colon and that’s when everything got serious. He went through three major surgeries in a month-and-a-half. Three major ones and three minor… After the last surgery, it was just too much on his body and he just couldn’t recover.”

Martin originally wanted to decline the final surgery, but went through with it in the end for his family’s sake.

“He talked with me and my sisters individually, telling us he’s not getting better from this and he’s sorry and doesn’t want to do the surgery,” said Duke. “The doctor said, ‘if you don’t get the surgery, you’re going to die in five hours, basically.’ He came in and said, ‘I’ll get the surgery. For you.’”

Martin did not recover from the final surgery.

Duke said his father strongly considered not running in this year’s elections for health reasons.

“We didn’t want him to run at all, but the elders at the Elders’ Lodge and the Golden Age Club, they were kind of heartbroken when he told them he wasn’t running,” said Duke. “They kept saying, ‘you can’t leave Martin. You’re our voice,’ so he just said the hell with it. I’ll throw my hat in one more time and see what happens.”

Many commented in their sadness that Leborgne did not get to enjoy retirement and spending time in the outdoors or with his family.

“It breaks my heart that Martin didn’t get to do all the things he wanted to with his grandchildren,” said council chief Gina Deer.

“He had that true love for his children, his grandchildren and especially his wife. He would always say, ‘she deserves a medal. I put her through so much,’ and he laughed,” said Patton. “That was Martin.”

Deer, Patton and Sky-Deer were among those who entered council after the elder council chief and spoke of Martin’s guidance.

“I appreciate the help and knowledge he gave to me over the six years we worked together,” said Deer. “If something needed to be said, Martin said it.”

Martin was a plainspoken man, who did not hold back or pull punches when a point needed making.

“He was honest and he was direct, and there was no sugar-coating it,” said Patton. “When you needed to speak, he had that deep voice that he would get his point across, and that’s what made him so passionate about his people… He made sure he was heard… He helped me to really express myself and not to be afraid to express myself.”

No one relied more on Martin than Patton. The two became nearly inseparable over the past six years.

“A lot of people even called us Batman and Robin and those type of things because of the connection we had,” said Patton, who tied Leborgne for votes in 2015. “’Martin can’t go anywhere without Bob.’ That was always the joke at the table… He became my best friend… I’ve never had that friend that had that connection.”

Martin had a solid sense of humour and would often slide a joke into the most serious of conversations.

“He loved to make people laugh, always telling jokes at the table, but when work had to be done, he was ready,” said Deer. “Martin will be missed and I thank him for all his years of service to community.”

“We spent many hours together outside of work on various lakes, fishing or playing in golf tournaments together,” said Sky-Deer. “We always enjoyed each other’s company and became good friends over the years. I will sincerely miss him.”

Funeral arrangements at Poisson and Sons have not been announced at printing.

“The community’s lost a strong Mohawk man who cared about his community,” said Patton.

“It’s kind of surreal right now,” said Duke. “I know it happened. It hit me and then it kind of went away, and I know it’s going to hit me again.”