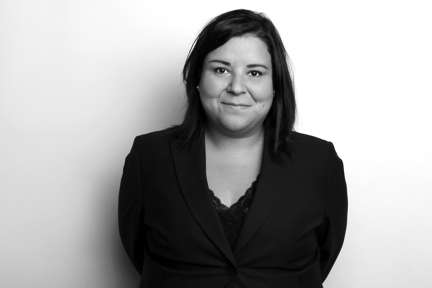 With the provincial election campaign season entering its final week, the Native Friendship Centres of Quebec expressed their concerns about the political parties’ attitude towards urban Indigenous people’s issues.

In its official statement from August 23, RCAAQ wrote “political parties remained silent about Indigenous issues in the cities of Quebec.”

The RCAAQ would like the situation to change and asks the political parties hoping to form the government in Quebec City for “their commitment to maintain and develop sustainable partnerships with the RCAAQ in order to offer more direct services to the Indigenous urban population.”

Tanya Sirois, executive director of the RCAAQ, tried to contact local candidates to understand what Quebec politicians plan to do in terms of ensuring access to services for Indigenous people.

“During the last provincial election campaign the political parties on their platforms did not pay attention to the issues of Indigenous people. We see that Quebec may be late at this point. All we want to do is to discuss with people, social media and political parties what we can do together,” said Sirois.

According to RCAAQ, as a result of the meeting, Quebec Solidaire made commitments regarding Onkwehón:we people and direct services for urban Indigenous people.

The party, if elected, would create a $7 million-fund to support Indigenous languages and cultures. In addition, if elected, it would contribute an additional $1.6 million annually to support the mission of the Native Friendship Centres.

“Whether it is justice, health, employability or family services, a supportive government will ensure that specific programs are put in place to ensure the full participation of Aboriginals in Quebec society, “said Nadeau-Dubois.

Sirois said it is important at two levels: to provide information about the reality of the Indigenous issues and create contacts between the candidates and urban Indigenous population, which “often face poverty and discrimination against a background of total indifference.”

“We hope to have commitment; we hope to have follow-ups with our demands concerning core funding for the programs for families and children. We want people to be more and more aware of Indigenous issues,” she said.

She thinks while addressing the Indigenous question in an economical way, political parties cannot ignore the social side of the issue, especially in the aftermath of the Val d’Or events in 2015.

“These two aspects, social and economic, must be working together, because social development is to say about improvement of quality of life, make sure that people can have education, that people are secure, children are well being. As a result, people can participate in socioeconomic development like everyone else,” she said.

Sirois spoke about services offered in Montreal and nearby areas to provide solutions and improve relations between Canadians/Quebecers and the Indigenous population.

“There are services offered for communities like Kahnawake; they are offered directly by community but sometimes you have to look for services outside. We have services that are suitable for all Aboriginal populations in Quebec,” she said.

Philippe Meilleur, executive director of Native Montreal, thinks Indigenous issues are underrated, but the diversity of issues is interesting for their (political parties’) voters.

“It is up to provincial government as well as municipal government to figure out how they take their responsibilities to address fully towards people that are limited in jurisdiction,” he said.

Meilleur believes when parties are willing to understand the issues and give recourses to Indigenous organizations, people will be more self-determined where they want to go.

“Our expectation is that parties position themselves in support of Indigenous people’ needs for better services and needs for stronger organizations in the urban environment,” he said.