You are here
Home > Ratiwennahní:rats > Clarifying the big picture through Kanien’kéha 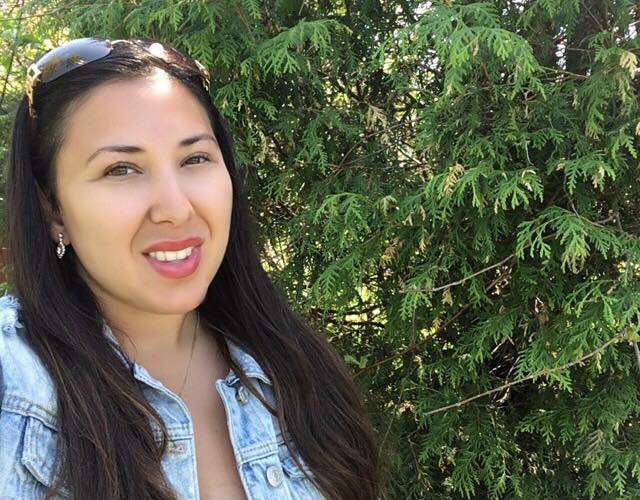 Working fulltime at the Kahnawake Youth Center, Kahentiio Rice took every opportunity to put bricks in her Kanien’kéha foundation.

“I would read all kinds of Kanien’kéha books any chance I could get, which really helped me, but it also wasn’t enough and I wanted more,” she said.

In 2016, she did what she had always wanted to do and applied for the two-year Kanien’kéha Ratiwennahní:rats Adult Immersion Program at the Kanien’kehá:ka Onkwawén:na Raotitióhkwa Language and Cultural Center (KOR).

“At that time, I knew I was finally ready to put everything aside and put all my focus into Kanien’kéha, which wasn’t easy, but I knew I had to do it,” said Rice.

“I wanted to be a part of revitalizing our language and I knew that if I put my heart into it that I could help out the younger generations.”

Taking two years off fulltime work is a huge sacrifice for those, like Rice, who have already established themselves in the workforce. She was thankful to have a supportive family and help from Tewatohnhi’saktha to minimize the damage.

Have a solid linguistic foundation helped Rice as well, as she attended Karonhianónhnha, KSS and Iakwahwatsiratátie Language Nest before entering the immersion program.

“That helped me out because I was familiar with a lot of the words, however, it was very new to me to be learning in a linguistic way, but I caught on,” said Rice.

“I really enjoyed being immersed in our language all day long, and it helped me to train my mind to think in Kanien’kéha as well as to push myself to speak as much as I could with my boyfriend, who is a first-language speaker. He helps me out a lot and it means a lot to me.”

Rice had some advice for those wanting to build a base in the language, throughout Kahnawake and the confederacy.

“It is very important to learn and absorb as much as you can from all our resources such as language books, CDs, Sound Cloud, which had many recordings of Kanien’kéha radio shows, and most importantly visiting our elders because they have so much knowledge and wisdom to share,” she said.

In the second year, Rice took full advantage of speaker visits, sitting down with over a dozen fluent speakers of all ages.

“It was very inspiring for me and I learned so many old words you’ll never find in a book,” she said.

In addition, she visited the other immersion schools in the community to see firsthand how the language is being taught to children.

“I love how our elders say, they still learn something new about the language all the time because it is so descriptive, as well as humorous,” said Rice.

“The jokes always seem more funny in Kanien’kéha. They also always say that it is our responsibility and it is so important to learn as much as we can to keep the language alive.”

Looking at Kahnawake, Rice is encouraged that there is such a cross-community effort to revitalize Kanien’kéha across the age spectrum.

“It is very encouraging and motivating to see all ages working together to strengthen our language,” she said. “We have a lot of work to do, but it is good to know that there are many that are dedicated and always encouraging people to learn and use it.”

For Rice, it’s about putting the time and effort into learning, and to never stop with graduation or the end of class.

“I have a lot more learning to do and looking forward to it because that is where my heart is,” she said. “I have a lot of ideas in the works that are going to push me to learn the words that I don’t know so that I can pass it on to the younger generations.”

Rice has no regrets about taking two years off work to learn Kanien’kéha, as it has not only given her a skill, but also broadened her understanding of her life in general.

“I am so proud that I followed my intuition in improving my language skills and taking on this important commitment,” she said. “It was a great learning experience for me, and every day the big picture becomes clearer and clearer.”