The Survival School Eagles had another meet cancelled this week due to lack of wrestlers, but get a chance to put a stamp on the season today at the Ed Meagher Tournament in Montreal. (Photos: Daniel J. Rowe, The Eastern Door)

Kahnawake Survival School’s wrestling season continues to progress in bits and starts, as weather continues to stand in the way of meets happening.

Survival’s grapplers were ready to host Loyola, Vincent Massey and Massey Vanier this week, but ice rain froze that idea and the meet was postponed.

Jordyn Goodleaf lost her match, but knows she could have had the win and tip the balance for Survival.

“At first I almost had her, but I didn’t have the head, so it didn’t count,” said Goodleaf.

She knows if the KSS girls are going to win the banner this year, Beurling is a team they will need to go through.

“Beurling is the girls team to beat this year, so we’re going to really try,” said Goodleaf. “I think we’re going to have to focus on our leg shots.” 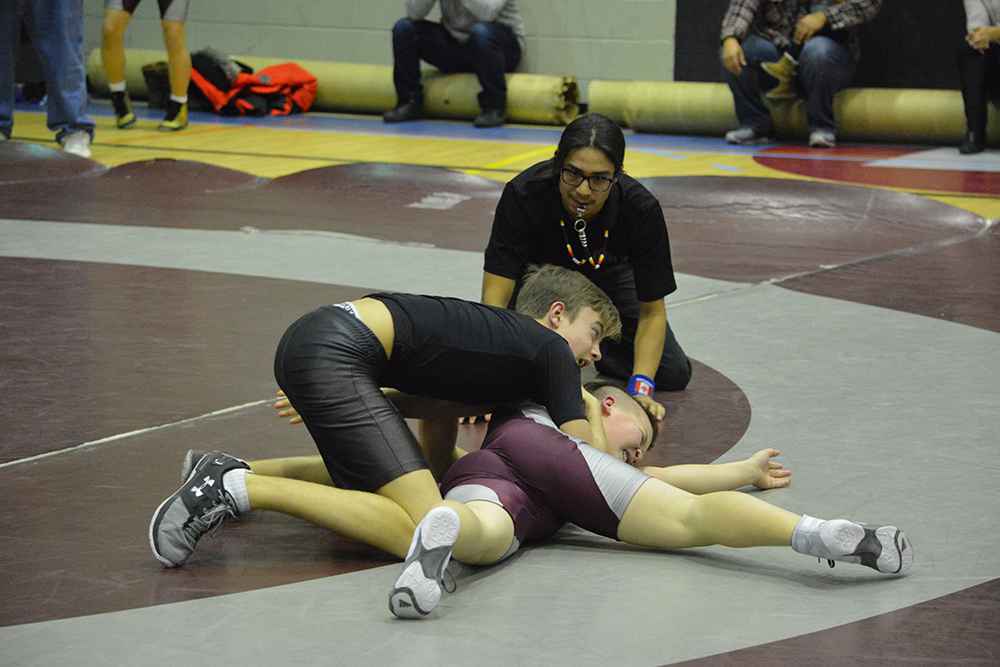 Jordyn and her twin sister Winter have been wrestling for four years and both said they liked what they see on the team.

“I think we’re going to do very good,” said Jordyn, now in grade nine. “We have a lot of good girls this year.”

Assistant coach Angel Robertson can see the talent on the squad, but also realizes that both teams are younger than in years past, and will need to work to beat the heavy hitters in the GMAA.

“Our team needs a bit more focus and more confidence,” she said. “Our team is made up of a lot of first-year wrestlers, so we still have a lot to learn.”

Having rookies gives an opportunity for those with more experience to help out the up-and-comers. Though young themselves, Jordyn and Winter have both been grappling for a while, and help out where they can.

“You need to practice your moves still, but you can help the younger ones practice their moves and walk around and help the coaches,” said Jordyn. 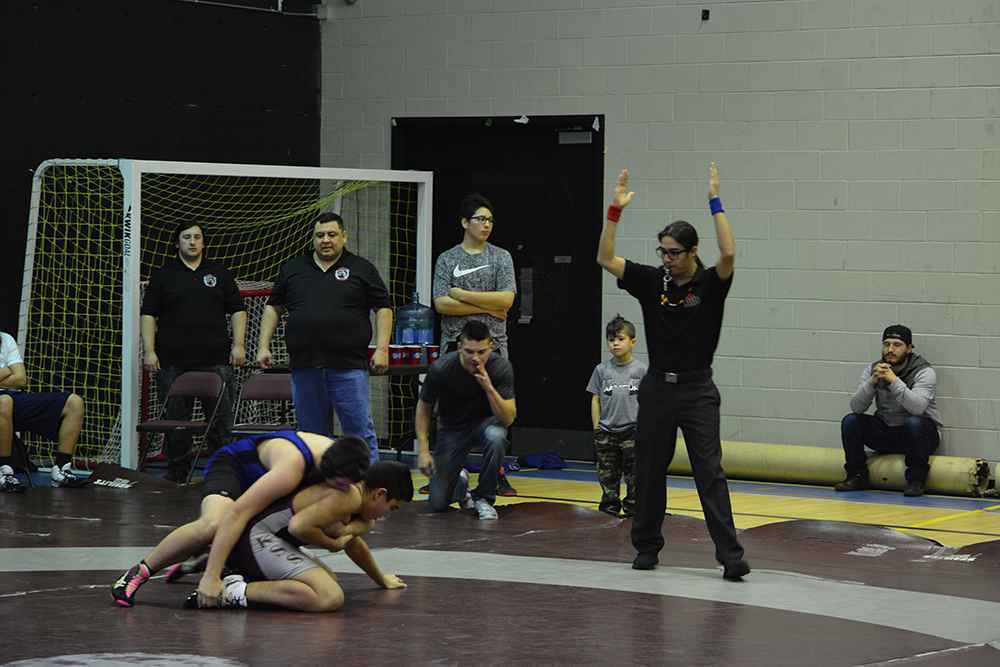 Today’s Ed Meagher tournament is an ideal opportunity for Survival’s young pups to make a statement.

“It is a big opportunity for KSS to show what we’ve got and I’m pretty confident that every one of our wrestlers will give it their all,” said Robertson.

The tournament starts at 11 a.m. at the Concordia University gym at the Loyola campus and is the 48th year Loyola High School has hosted the tournament.