One of the hardest pics to get is an action shot in a winter scene with the mass amounts of white and movement, making almost every shot blurry or overexposed. With care and a proper camera, however, those pics can go from the trash can to the mantle. (Photos courtesy Ben Louwerse)

As discussed in last week’s Eastern Door, shooting in winter is tough.

Shooting an action shot of a skier or skater with so much white can be next to impossible to get right.

Last week’s Eastern Door discussed general rules for taking pictures in winter, and this week will focus specifically on the all-important action shot.

Photographer Ben Louwerse is always bankable for catching incredible shots on ski slopes throughout BC, and knows how to capture the action without losing colour or form.

The first key, Louwerse said, is getting used to manipulating your camera’s shutter speed.

“The thing that usually makes winter action photos no good is the blurriness,” said Louwerse. “The best way to compensate for that is to make sure the shutter speed is still fairly high, somewhere in the 1/500 to 1/1000 range is ideal.”

Oh. Your iPhone doesn’t have one of these. You might need a real camera.

Higher end DSLR (digital single-lens reflex) cameras have a “shutter priority” mode, which, Louwerse said, is ideal, as it will lock a high shutter speed. 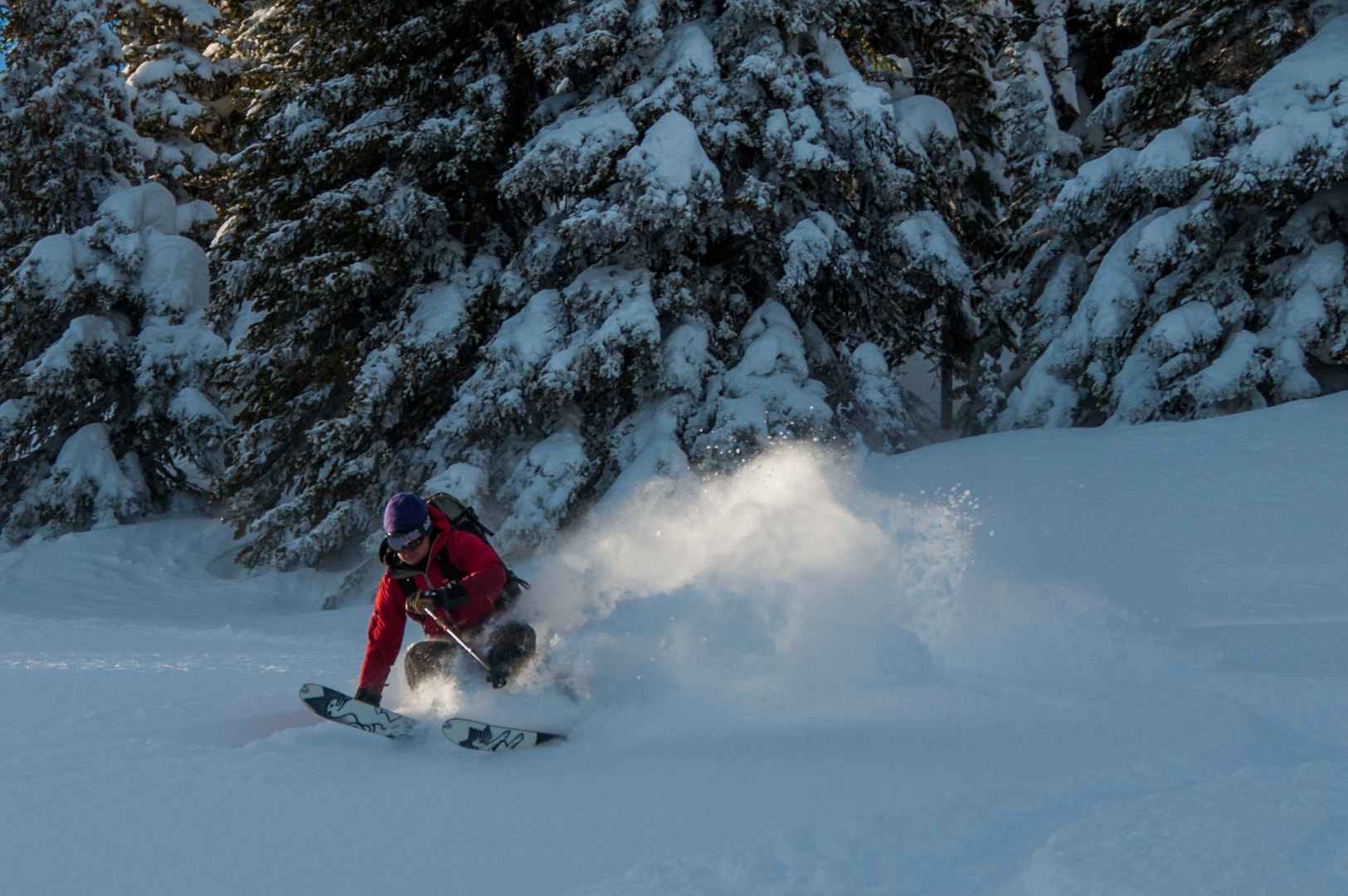 Side note: anyone with a DSLR camera needs to know what F-Stop, shutter, ISO and aperture are. If you don’t, look them up. It’ll make all the difference. There are tons of tutorials on the Internet.

As mentioned last week, cameras will often pick up on all the white in a winter shot and adjust accordingly, thus making manual shooting the preferable option.

“Don’t forget about the in-camera light meter over compensating and making photos too dark,” said Louwerse. “If the camera has an exposure compensation feature, set that to +2.”

Ben’s sister Holly (more on her next week) is also a photographer and enlightened this author on the glories of shooting in manual. Before, I would generally just put it on “auto mode” and go. Holly put a stop to this, and my photos have improved.

With action shots in winter, Ben advises staying in manual and adjusting the aperture accordingly.

“Use full manual, with the aperture set as wide as possible and then further lighten the picture by adjusting the ISO,” he said. “Keep in mind that the higher the ISO, the grainier the image will be.”

General rule with ISO is: the darker the setting, the higher the ISO should be.

Now for those of you using iPhones or other smart phones…

First off, shoot horizontally if the pic demands it.

Snapchat and Instagram have ruined everyone’s dinner times, dates, sporting events and concerts, and, lucky for us, also brainwashed everyone to always shoot portrait style.

Turn the phone on its side and try a couple in landscape, and generally you’ll get a better shot. Especially if you’re in an arena or outdoors shooting an action scene. 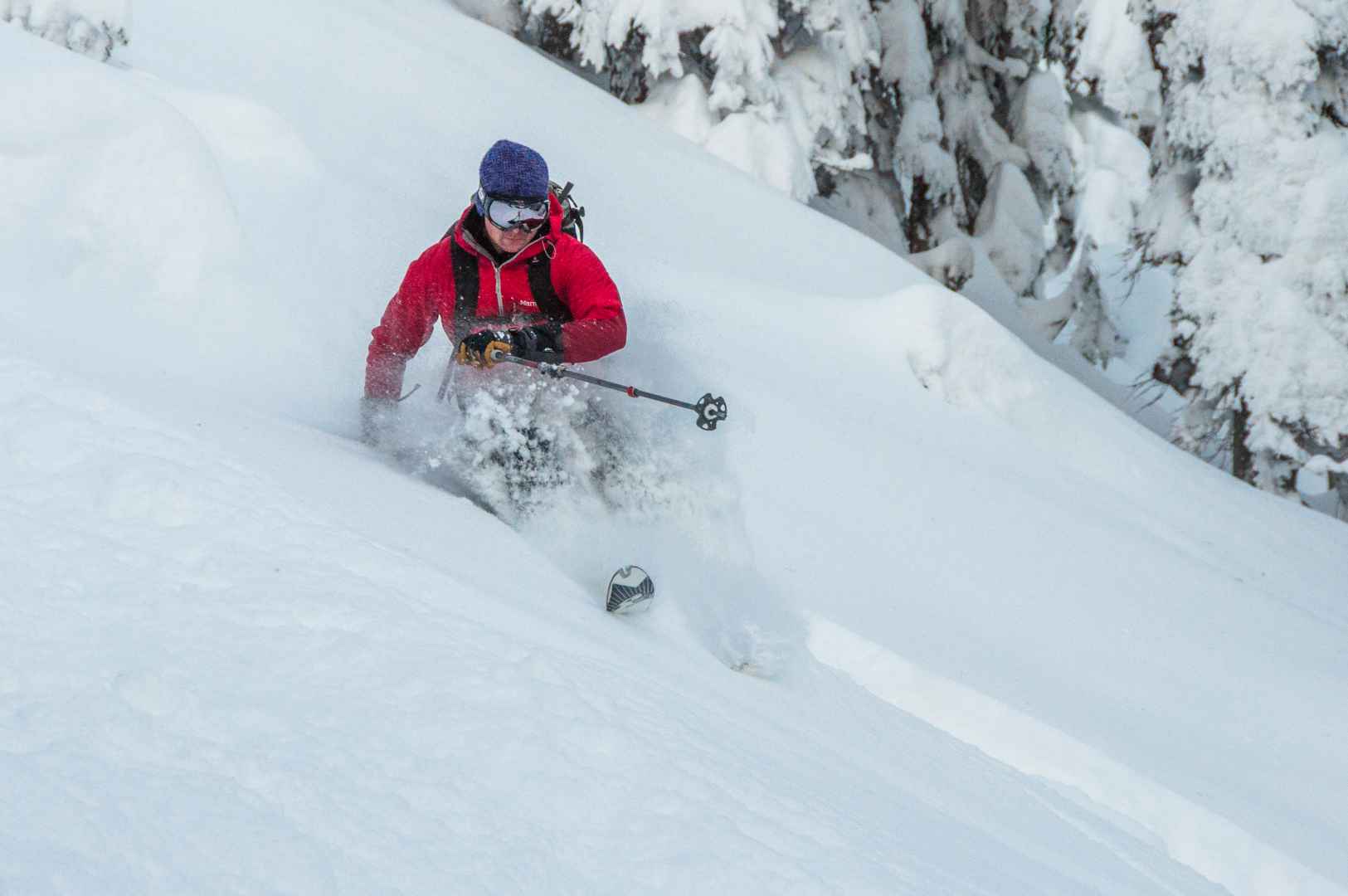 Louwerse added a word of his own on using a cell phone.

Non-optical zoom ruins the photo by the way, and never be afraid of touching up an image.

If I’m in the Sports Complex, I’ll lean over the glass to use my iPhone camera, as distance makes things worse.

For those wanting to get a decent camera on a modest budget, Ben had two suggestions: the Nikon D3400 and Canon Rebel T61.

“Both are still relatively small for a DSLR, but also have the full range of features that allow for greater control over the image,” he said. “Even the older versions, such as the Nikon D3200, are a step up from cell phone cameras.”