You are here
Home > Feature > No matter the size of the town, go all in with glam

Karihwenhawi Kirby shows how to exit a pickup truck in spectacular style, as it should be. (Photos by Daniel J. Rowe, The Eastern Door)

One would presume the peacock with the prettiest feathers is a lady.

After all, their plumage has all the flounce and sparkle of a Dior gown embroidered with glass and gold, trailing behind them in the dirt.

All through the animal kingdom, the trend holds-the males need to attract a mate, so they bust out their most colourful outfits and parade themselves in front of the opposite sex in the hopes of seducing them. I was thoroughly confused when I was a kid and learned that the fanciest animals were boys.

Women. WE wear dresses. We wear sparkles and makeup and high heels and eyeshadow and we do our hair. Or do we? I feel that the modern, real life woman (as opposed to the Bella Hadids and such on Instagram) is not as coiffed and groomed as we might think.

Quite the opposite, in fact.

It seems that both sexes tend to dress down these days, but I was reminded recently of a specific example of human behavior mimicking the animal kingdom.

I was on a buffalo farm just outside Grande Prairie for my cousin-in-law’s wedding when I witnessed the great peacocks of northern Alberta parading their feathers in the flesh. 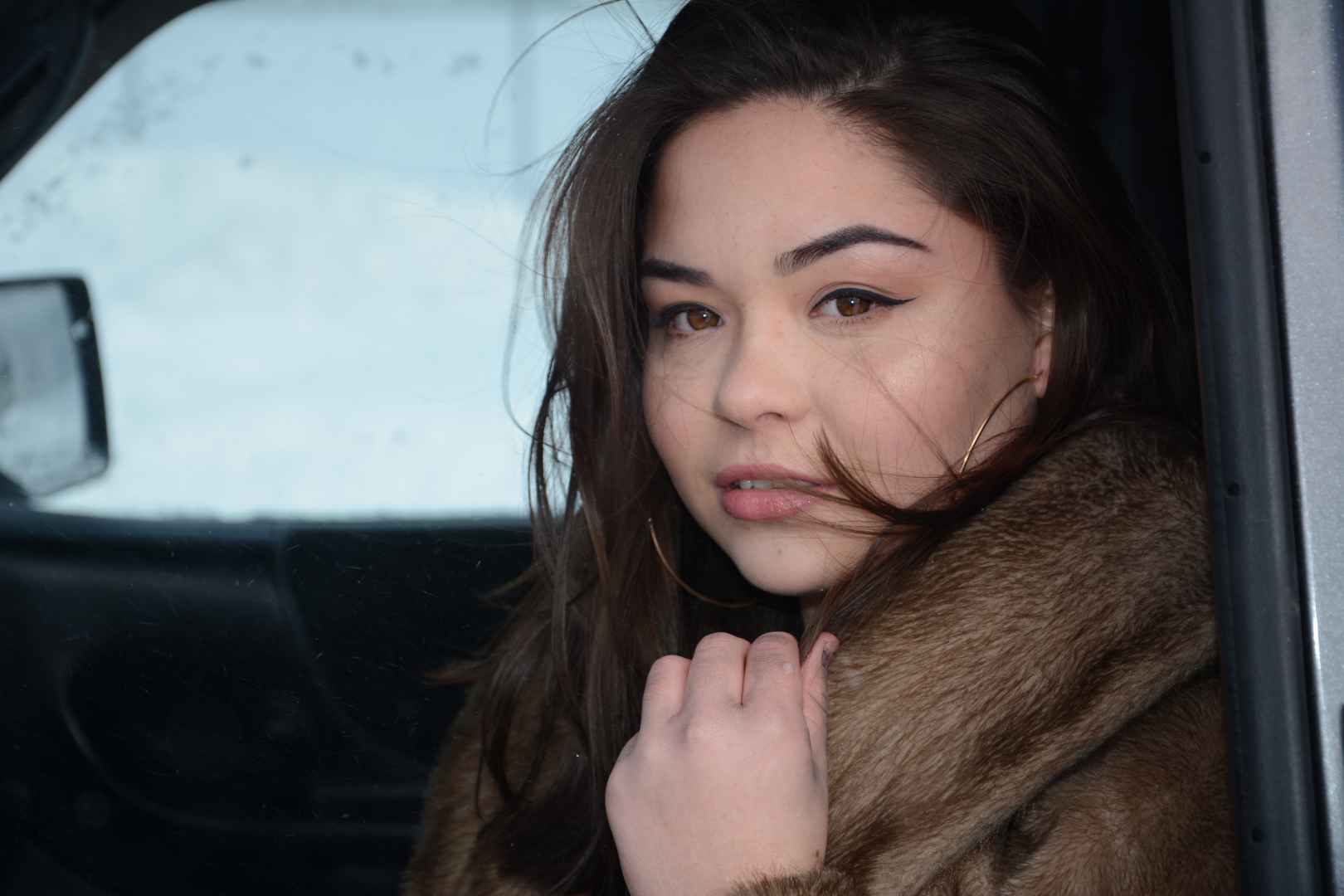 Yes, downtown, I watched it happen. Time and again, the doors of a crew cab would swing open and out would step a cowboy. Clink. Clink.

Freshly starched collar, shirt embellished with embroidery, pearl snaps, and tailored to fit just so. A shiny belt buckle was fastened around his waist, and his jeans, made from a high-quality denim would kick out with a subtle flare to make room for – but of course – the cowboy boot.

Me oh my, and we thought Carrie in Sex and the City was blowing too much cash on Manolos… I had to note that these boys are well shod in fine leather, and not just cowhide – I saw croc, ostrich, you name it – fine, fine, leathers stamped and painted and sculpted and rising from the ground with a 2.5 inch heel.

Finally, atop his head like the proverbial cherry was perched a spectacular hat, the cowboy hat that was undoubtedly steamed, formed and trimmed to fit the proportions of the face of the wearer, framing his countenance in a more flattering orb.

At the cowboy shop I watched the whole ritual go down one afternoon, from selection to trimming. Fascinating.

Here I imagined that tailoring was an old world tradition reserved for Italian bespoke suits. Pah! What do I know! Not much, apparently!

Now, alighting from the other side of the king cab, the cowboy’s mate made her entrance. North Face puffy vest layered over a hoodie. Perhaps a streak of gold in her dark hair, maybe a facial piercing. Leggings. Runners.  Hmmm.

I couldn’t help but think of the mallards we see swimming in the lake – the males are streaked with iridescent green, while the colouring of the females is all subtle hues of brown, beige and black.

I’m no stranger to rural settings. Just the opposite – I grew up in a town of about 2,000 people or so in the mountains of BC between Kamloops and Jasper. When I was 13 it was really exciting to drive the two hours to Kamloops through the hilly farms on the way to Le Chateau to try on hats.

Then on to Smart Set, Mariposa and Bootlegger in Aberdeen Mall. Thrilling! Maybe if we were lucky we’d get to stay late and go to a movie in the THEATRE. But like, if I wanted to go to the GAP, that was a true event – you had to drive four hours to Kelowna. 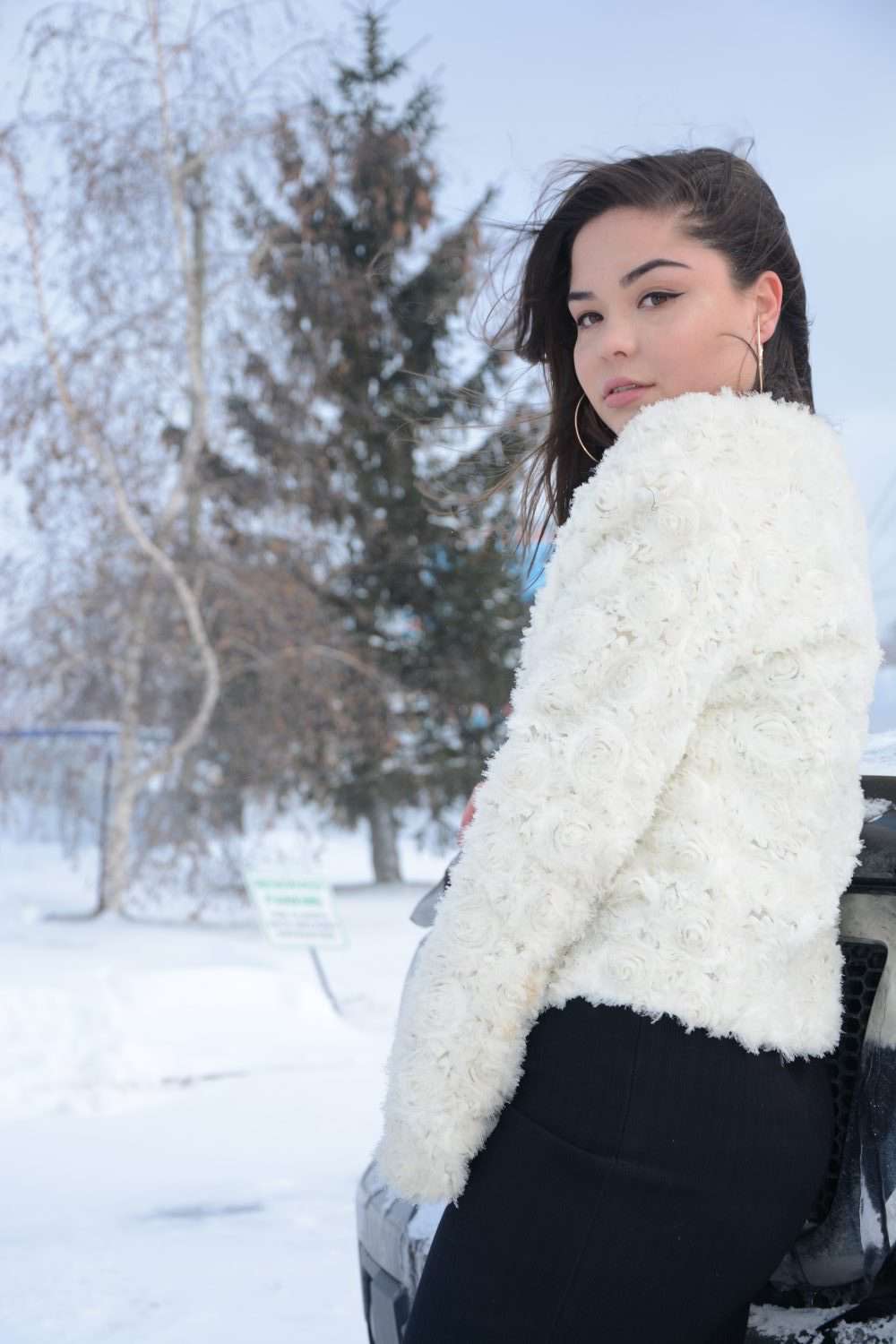 Needless to say, the options for fashion were limited for both guys and gals. Mine was a town mostly populated by loggers and treeplanters rather than cowboys, so I didn’t really witness the peacock phenomena.

When I was about 16 or 17 I started just cutting the sleeves off band t-shirts I’d pick up at music festivals, and pairing them with Dickies from the work wear store in town. I’d find striped shirts and style myself a pirate, using chains I’d get at the hardware store to, you know, be punk.

It’s funny now to look back at my DIY punk look – I mean punk is the ultimate spawn of urban grit – and it clashes pretty hard against the backdrop of remote mountains, gravel driveways, epic vistas, river rapids… but this is where I cultivated my daring.

I was bored with plaid, with mall clothing, with what everyone else was wearing. I didn’t care if it was too fancy, or too weird to match my surroundings.

I grew up in a Bob Ross painting, basically. I think contrast was what I was after. Difference. Clothing that matched the character you felt like inside. In my case when I was 16 I felt like a cross between Milla Jovovich in the Fifth Element and Debbie Harry.

I pored over magazines – seventeen, In Style, Glamour…and learned the names of designers in the US and fashion houses in Europe.

Fast-forward and I’ve cultivated my style over years of living in Chicago, Vancouver, Japan and Montreal – but to be honest, the only thing that separates my rural life from my city life is access to more options, clothing wise.

Though I definitely had some puzzling (and maybe genius?) ideas as a teenager, like wearing a Lee Valley sweatshirt with a rhinestone choker, silver headband, and jeans, my instincts were often spot on, even at 17.

I mean I sewed myself a Vogue pattern Badgley Mischka dress for my high school graduation, bought a pair of John Fluevog vintage inspired Italian leather heels and cut my hair in a Dutch boy a la Louise Brooks and posed in front of the apple tree in the backyard. As one does. 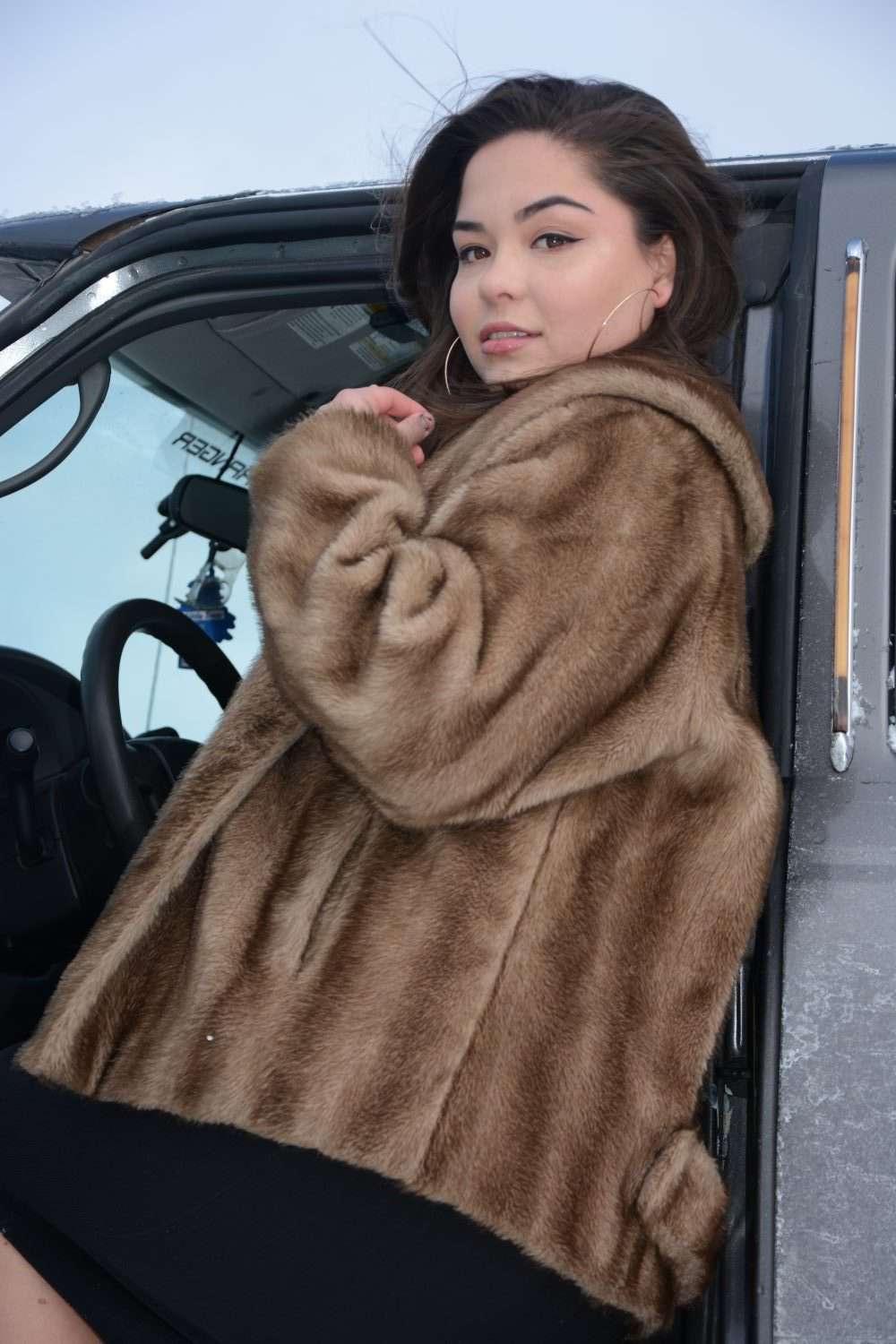 I still respect that outfit and would wear it again in a heartbeat! Shoot I even cut my hair the same to this day….

Now, when I go back home to visit, I hold nothing back. In fact, I dress slightly more extravagantly (only ever so slightly) only because….I can.

See, what I realized is that living in a small town is the ultimate luxury. There’s the luxury of five star hotels and Fendi flagship stores in New York…. and then there’s mountain life.

I came to that realization when I had a little too much wine at a friend’s house and they complimented me on something wild I was wearing, I believe it was a fur coat that I got… at the local thrift store.

I was like, ‘girls, you have this stuff at the Clearwater thrift store, just like, get it and wear it. It’s warm AF.’

They were telling me, “Oh but I can’t pull off that kind of thing! We’re in Clearwater!“

And I’m like, EXACTLY. You can BECAUSE you’re in Clearwater. (That’s the name of my hometown).