Last year was a nail-biter. This year it wasn’t even close as the Dawson Blues female rugby squad cruised to its second straight RSEQ banner with the help of Kahnawa’kehró:non Amanda Cross. (Photos: Daniel J. Rowe, The Eastern Door)

Five minutes into the RSEQ female rugby championship game Sunday, the Dawson College Blues women were a try up, and the Heritage College Huricanes squad was going to need to up its game dramatically and fast if the underdogs were to have a chance against the defending champions.

Unfortunately for the Hurricanes, the Blues did not let up, and Heritage could not deal with the constant pressure of the solid Blues offence, as Dawson built a 24-5 lead by half.

Kahnawa’kehró:non Amanda Cross played solid the entire game making a number of quality tackles, and helping push (literally at times) her Blues up the field.

Even with the commanding 48-22 final score, Cross knows it wasn’t the best the Blues had to offer this season despite the team’s dominance.

“Honestly, this wasn’t our best game of the season,” she said. “But we still kicked ass. We did the usual. Stuck to the basics and pressured the other team until we got possession of the ball again.”

Dawson went perfect this season winning eight straight games to repeat as champions. The key, according to Cross, is to keep it simple and work together.

“I’d say our secret is being able to push each other both figuratively and literally,” said Cross. 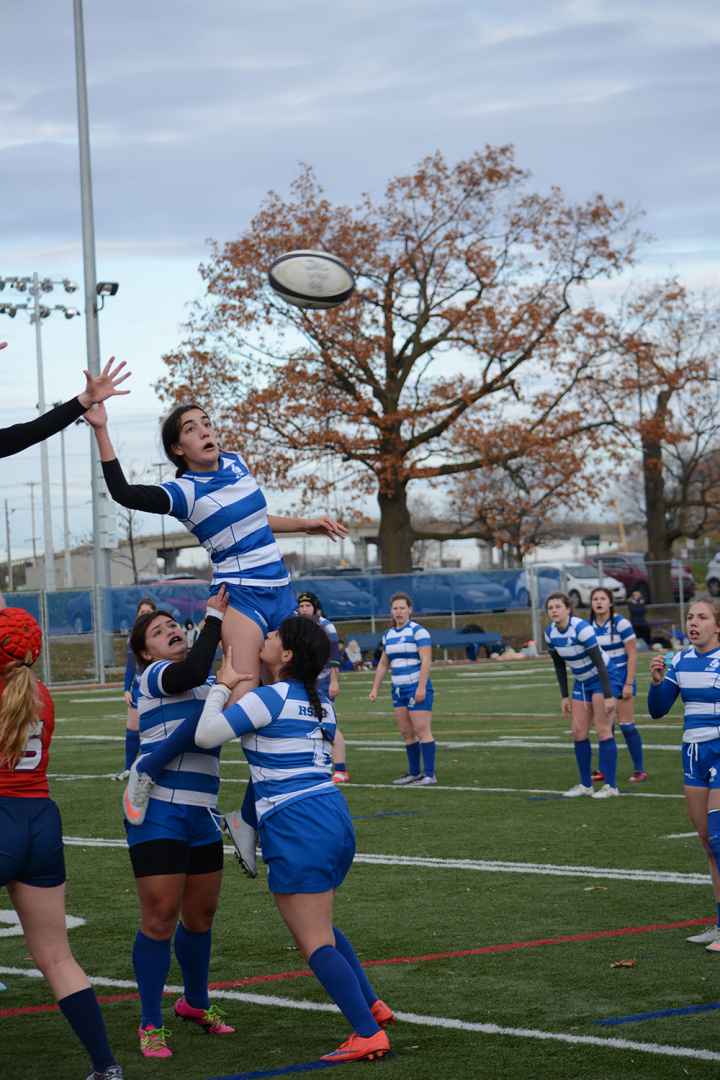 Last season, the Blues ended John Abbot College’s reign atop the RSEQ female rugby table, and it seems Dawson is now the team to beat at the CEGEP level. This year Cross followed in the cleats of  Kahnawake rugby players Cameryn Meloche and Journey Jacobs, who both played on last year’s Blues squad.

Cross spoke about her first year playing in CEGEP after learning the game at Howard S. Billings.

“Visualizing the game is just as important as speed and toughness,” she said. “You can be the fastest or toughest, but not knowing what’s happening will make you useless.”

As for her first year at Dawson, Cross was excited to walk off the pitch with the Blues perfect.

“Amazing first year,” she said. “I’ll remember this team and win for the rest of my rugby career.”