Skip to content
You are here
Home > News > Geekdom gathering, from Star Wars to My Little Pony

The K-Town Collectables Expo brought geeks of all walks of life to the Knights of Columbus hall on Sunday afternoon. (Photos by Jessica Deer, The Eastern Door)

Over the weekend, the Knights of Columbus hall was filled with vintage toys, video games, comics, and action figures as far as the eyes could see.

“I’ve been collecting toys for years, and a couple of years ago I started selling at some of the shows in the city. I met Will Rice, and he was talking about how it would be nice to have a show on the south shore and specifically in Kahnawake,” said Ravenelle. 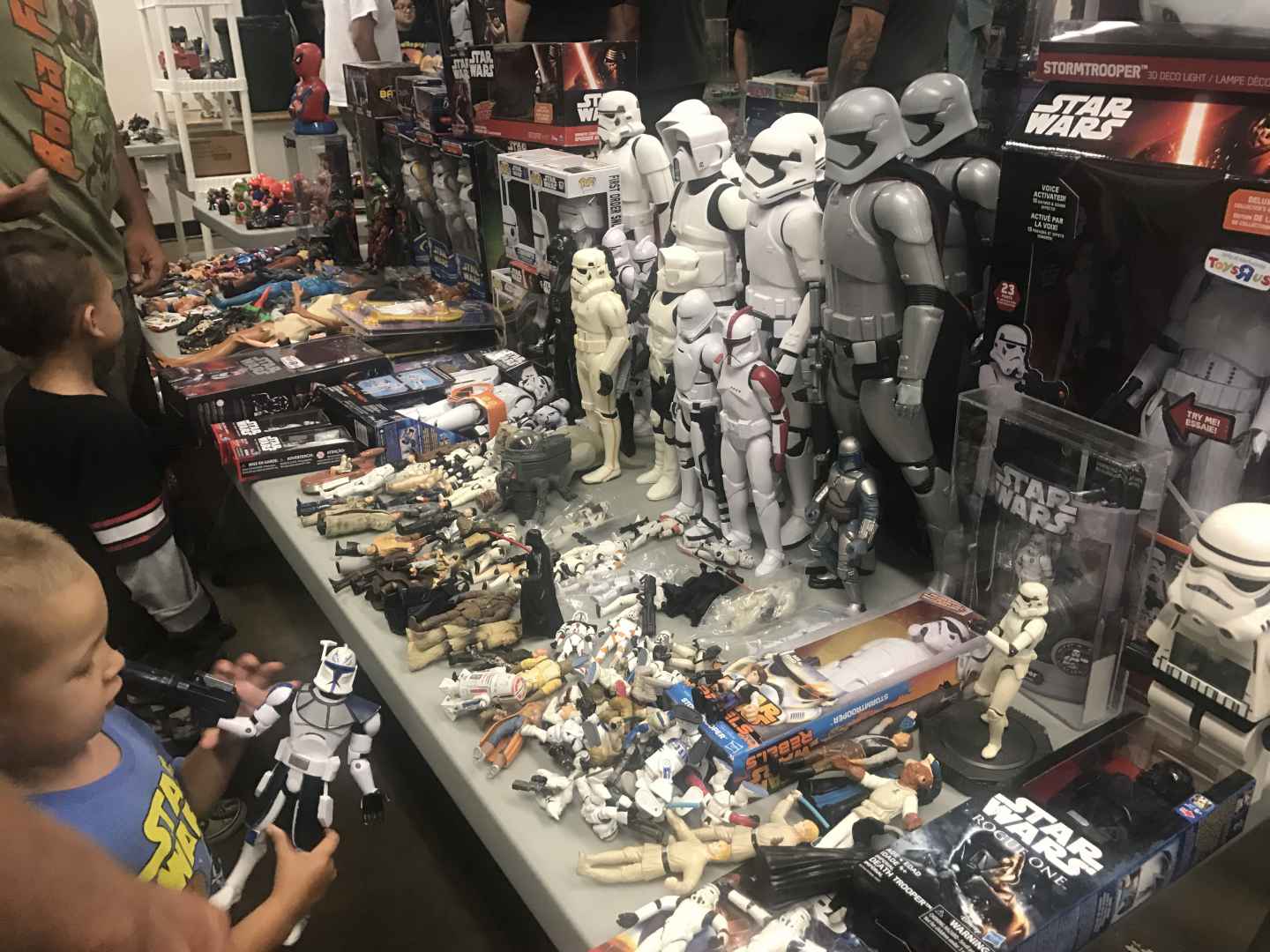 The event brought over 500 curious community members to check out 27 vendors from Kahnawake and Montreal.

“It was a nostalgia event that brought back so many wonderful memories from our youth,” said Kariwakeron Montour.

“I went there looking for 80’s wrestling memorabilia, many of the vendors there had what I was looking for so I left the event happy and brimming with nostalgia.”

Ravenelle was “blown away” by the day’s turnout.

“Everyone was really into it, coming up to my table and saying that I had this when I was a kid, and some of them were buying them for their kids,” he said. 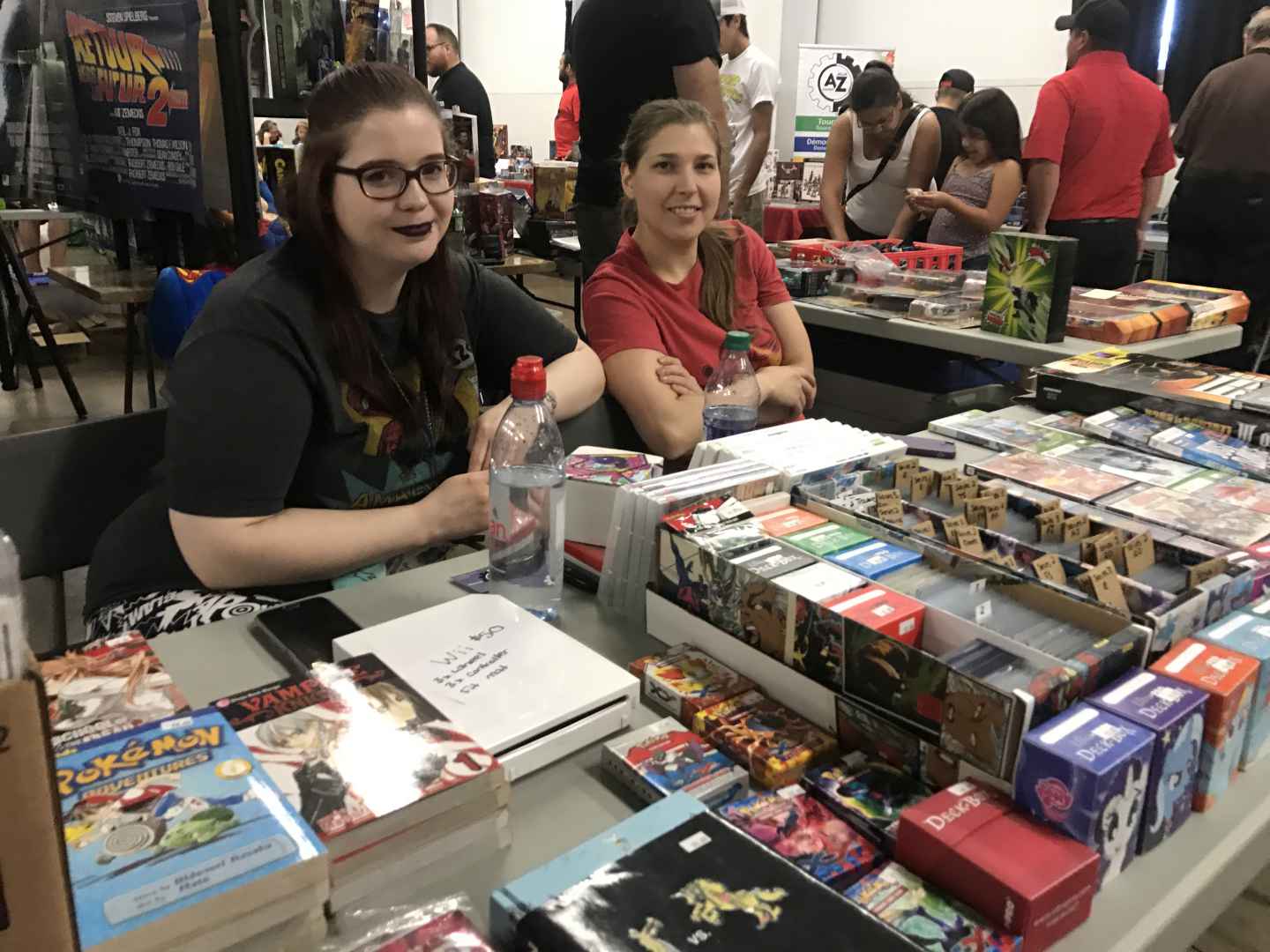 “It’s nice to see that. That’s what I like about toy collecting – all those toys are connected to certain memories and when people pick up a toy you can see the memories going in their head.”

Ravenelle mainly collects comics, video games, and has a collection that grew to over 5,000 action figures, vehicles, and play sets from the 80s.

“Some things you can find for a dollar at a flea market, or you go on eBay and could pay thousands of dollars for one toy. It really varies and depends whether you want it in the package or just loose,” said Ravenelle.

Everything he sells are extras he’s collected. He considers himself among diehard collectors that often are the first in line for shows like Sunday’s expo. 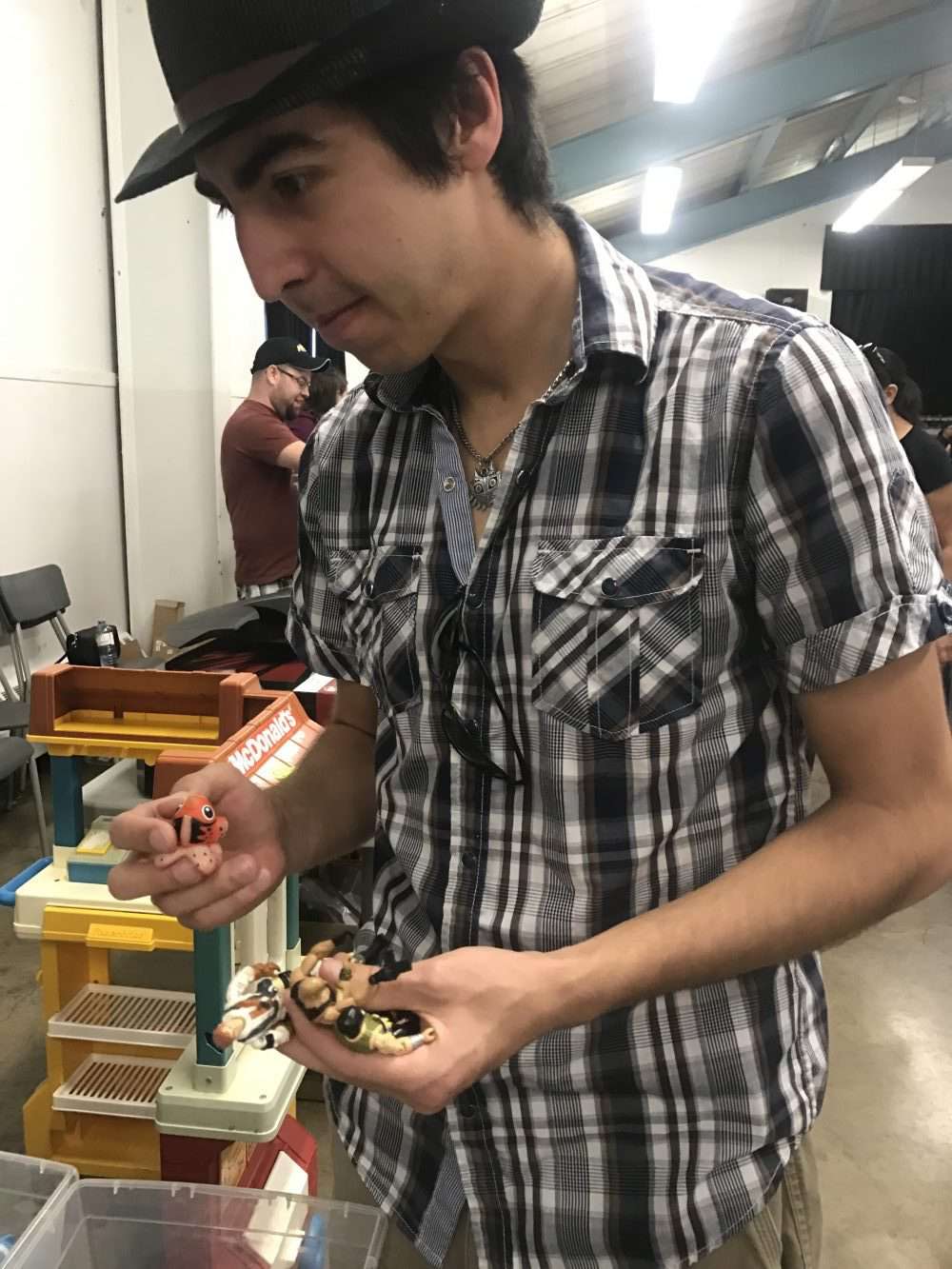 “Me and my buddy Mike, and now Will – we go all over every weekend. When we go to shows, we’re always the first ones in line. Last spring, we went to a show in Mississauga. We left at 3:30 in the morning to get there so that we could be first in line,” he said.

Dara Pronovost and Ciera Lahache were among the 11 vendors from Kahnawake.

“This was a great event, there was a lot of stuff you don’t really get to see at big conventions, a lot of old nostalgic toys, and it’s great that it’s local. You get to see what your neighbours have that is in your same interests. Would love to see it here again,” said Pronovost.

The two friends were selling their collections of comics, My Little Pony collectable cards, and old game consoles.

“I love card collecting, started with Pokémon and got into My Little Pony after the Friendship is Magic show came out; the cards are also a game like Pokémon you can play but I mostly wanted to collect one of each,” said Pronovost. 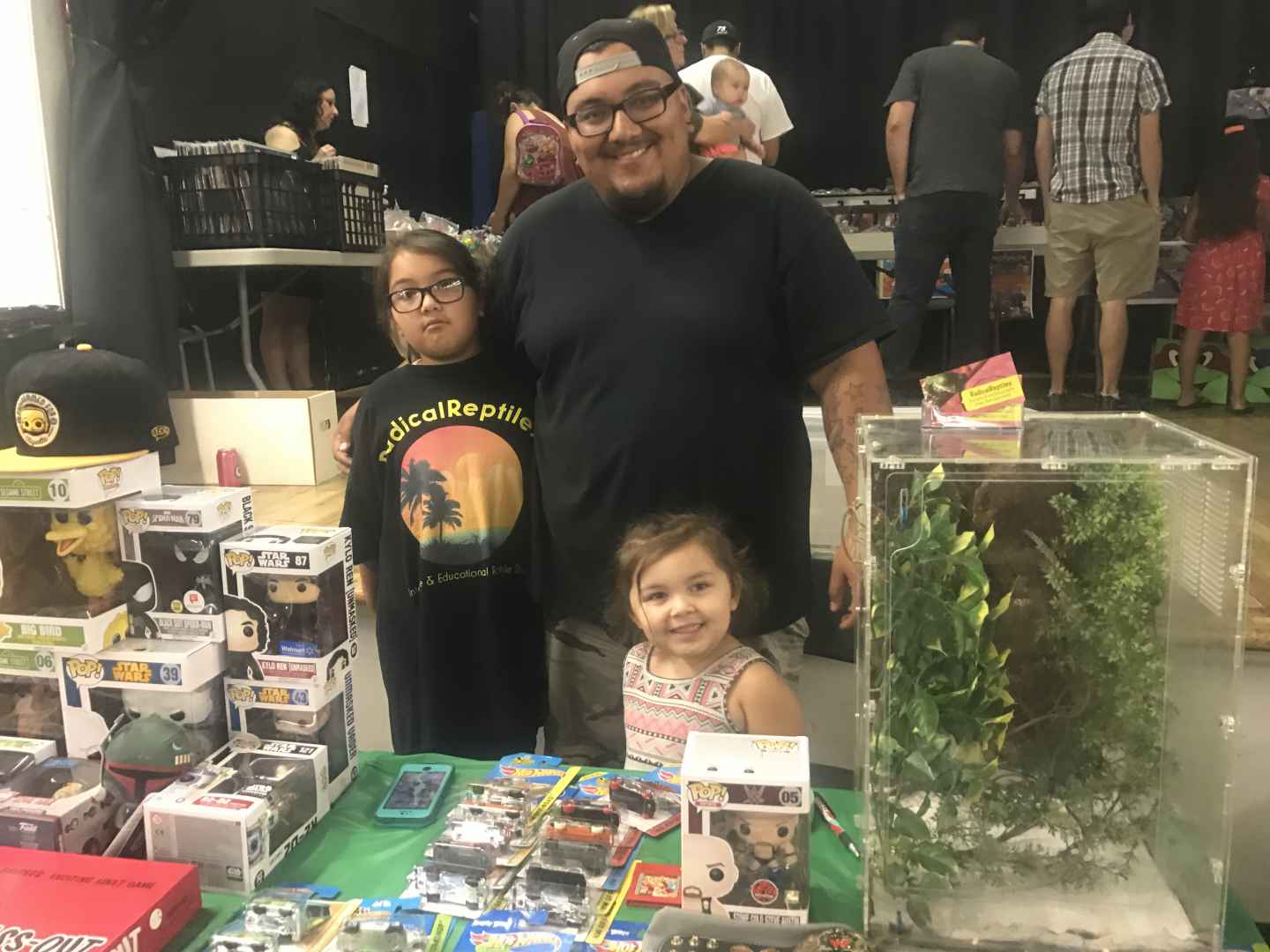 “I don’t really play the game and I had someone come up and ask me to make two decks for her kids to play so that was really cool because I got to share what I had and they’ll actually use it to play.”

Sunday’s event was an equally good experience for vendors who are regulars at collectable shows across the region.

“I loved it. It felt fresh and new,” said Montrealer Mark Tomlin.

“I have gone to a lot of events and they all end up being the same thing. Same vendors. Same stock. Same prices. So being asked to possibly sell at K-Town, I almost had the mindset that it was going to be that. However, it wasn’t.

“There were a lot of vendors that I have never seen, so it was awesome to be selling alongside them.” 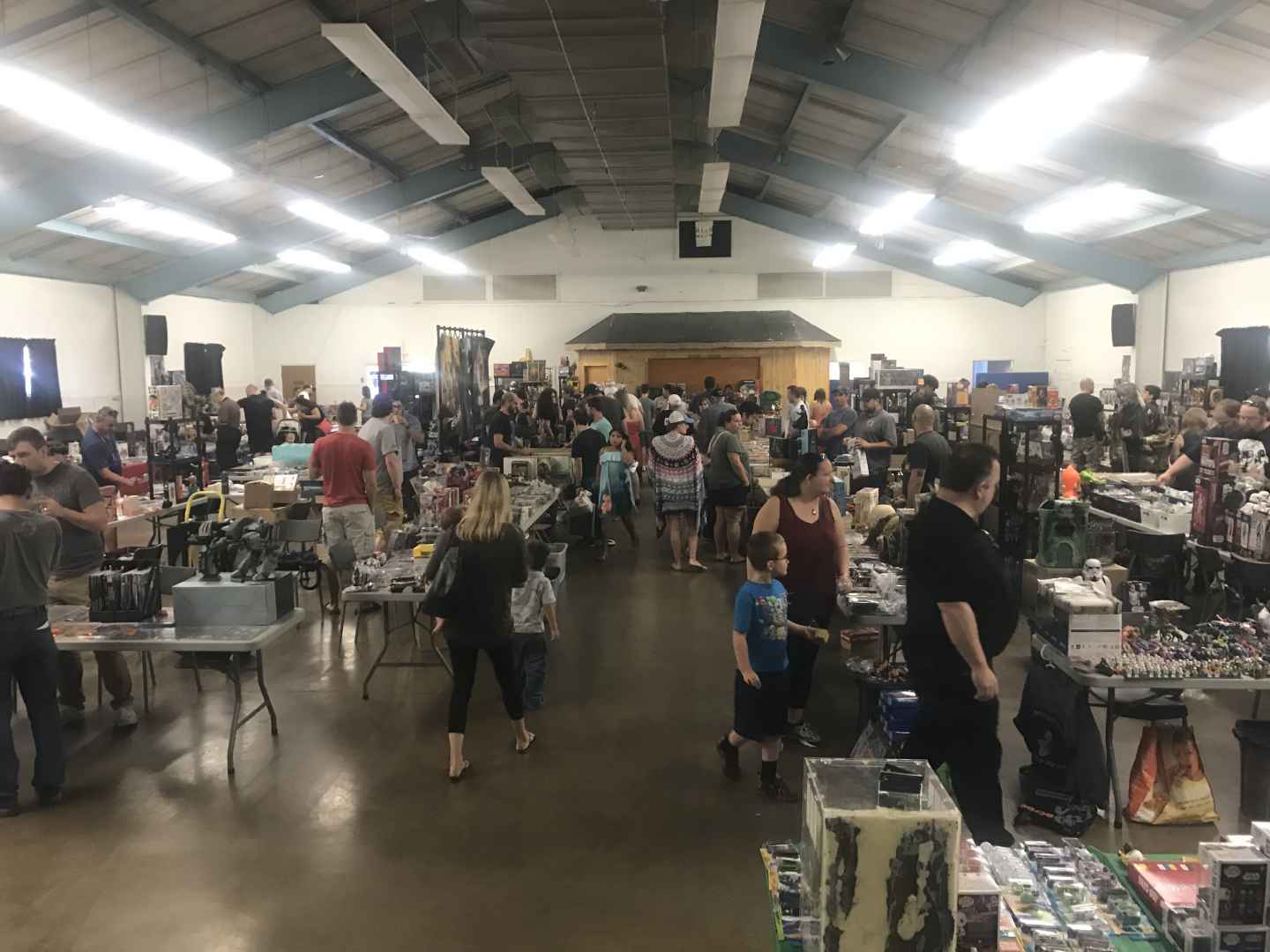 Tomlin, the co-creator of the YouTube channel All the Nerds, has been collecting for nearly a decade.

“I currently have two (going on three) rooms of wall to wall toys/action figures. They vary from Power Rangers, TMNT, Reboot, Transformers, Spider-Man, Terminator, I can go on all day,” said Tomlin.

“Since I collect so much, I only have room for so much. So when I lose interest in a series, or it ends and I have no connection with it, I end up liquating those sets at shows like this.”

Ravenelle said they’re already looking to organize another event in the Spring.