A handful of firefighters from the Kahnawake Fire Brigade (KFB) furthered their training last week to become certified pump operators.

Kateri Oesterreich was one of six KFB members to take the seven-day course, which was taught by the Justice Institute of British Columbia.

“The reality is that there are times when we have firefighters who are on the truck that could be more useful fighting the fire interior as opposed to working the pump, and I don’t do interior attack myself, so I looked at how I could be used as a better resource, and pump operating is one of the ways that I can be used in that fashion,” she said.

The group, which also included firefighters from Listuguj and Kawawachikamach, spent last Thursday and Friday throughout the community putting their newfound skills to the test. 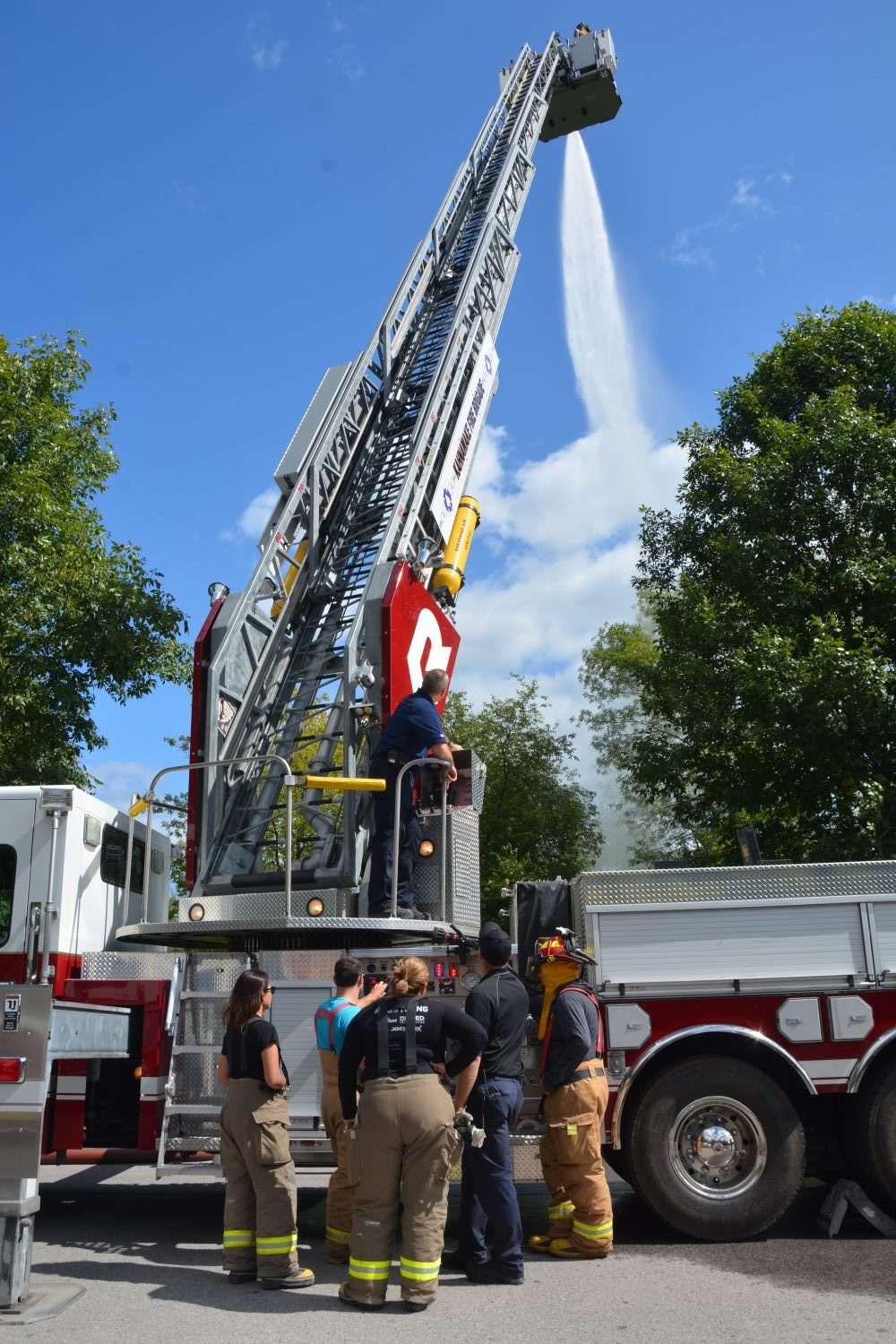 “Just looking at the fact that as a firefighter, the importance of being able to have basic knowledge of a pump and the theory and logic behind it in order to understand what your pump operator is doing as you are the person on the hose line – how important that communication between the two of you is in order to be efficient and effective as a firefighter,” said Oesterreich.

The pump operators control the supply of water that flows from the hydrants to the truck to the fire.

“You need to make sure the amount of water you’re bringing in is most efficient at the end of the hose line. Your hose brings in so much water, but we’re also losing water and pressure in that, so calculating to make sure that we can get them what they need at that end,” said Oesterreich. 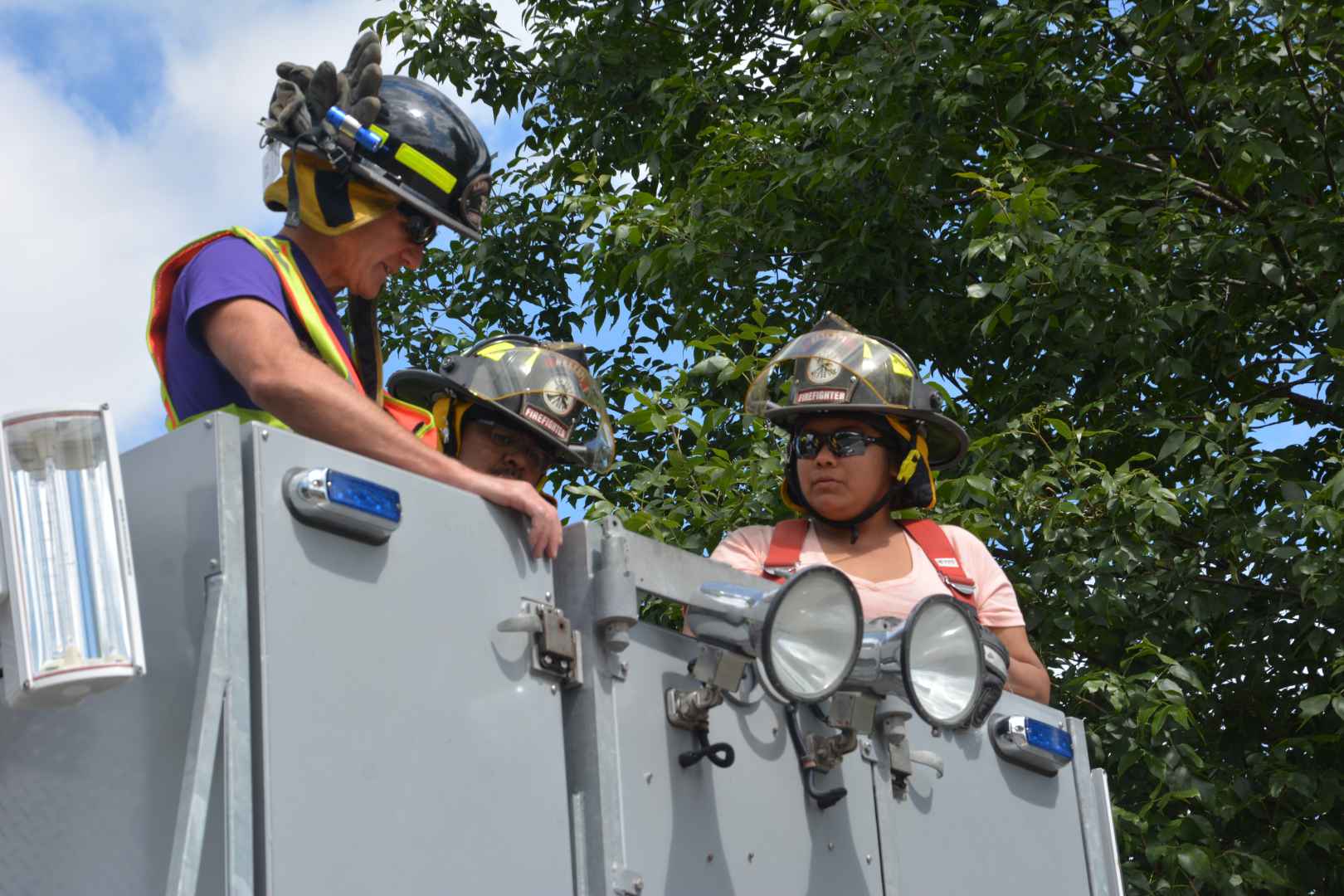 Two of the KFB’s certified pump operator members were also shadowing the course so that in the future, they will be certified as instructors through the JIBC.

“We’re looking for instructors to give the course either for our firefighters who want to be on the pump or for outside communities,” said Rodrigue Caplette.

“They have a link with us for firefighter training. We already teach them Firefighter I and they might want to go further down the road with more training, so that’s why we’re looking to have instructors.”

“It’s been great. There’s a lot of information, a lot of things I’ve never done before,” she said. 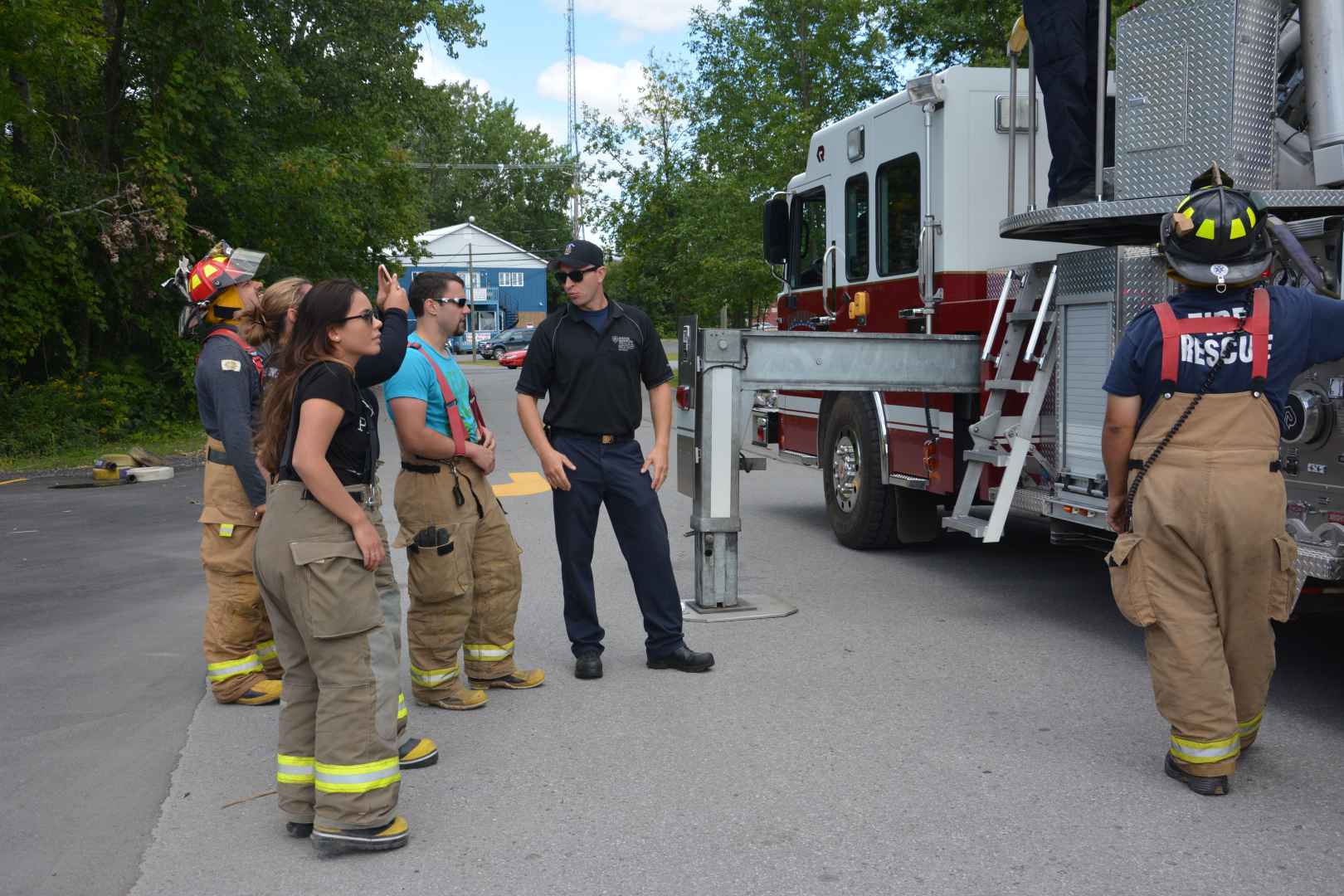 “Being here, I just love it. Learning more, I enjoy it. The opportunity to be here, I never thought I’d have that.’

For Oesterreich, the opportunity is also about networking with other Onkwehón:we fire departments.

“The firefighters who have come from Listuguj, they also just finished being trained by our trainers, so it’s maintaining that network and connection with them.”