You are here
Home > News > Embracing plastic craftsmanship and reuse

Thousands of bottles and hours of cutting, stacking and assembling later the teens of theA:se Tahonatehiaróntie Teen Group produced a greenhouse that stands at the White House next to the MCK, and is an example of reuse. (Rosanna Tiranti, The Eastern Door)

You are at a summer concert and need a drink. You over-pay for a bottle of water without thinking and throw it in the trash. You have done an environmental disservice.

Consider a few facts from banthebottle.net, a site dedicated to advocating for a ban on one-time-use plastic water bottles.

One in five plastic water bottles find their way to recycling plants.

Plastic water bottles take between 400 and 1,000 years to decompose.

The kids who attend the A:se Tahonatehiaróntie Teen Group saw an opportunity to take the second of the “three Rs” and reuse some of those plastic bottles that all too often wind up cluttering the community.

Last year, the group came up with the idea to reuse plastic bottles and construct a greenhouse. Karina Peterson came aboard as a leader in January, and decided to put the idea into action.

“We figured we’d use this year to get it done,” said Peterson.

The group collected bottles during community events, from businesses, and received donations from community members, and then took the summer to cut, stack and assemble the thousands of 355 ml. bottles into a small greenhouse erected Tuesday.

“All these bottles, literally came from everywhere,” said Peterson.

The task was not an easy or quick one, and involved delegating specific cutting and stacking tasks to the kids in the program. 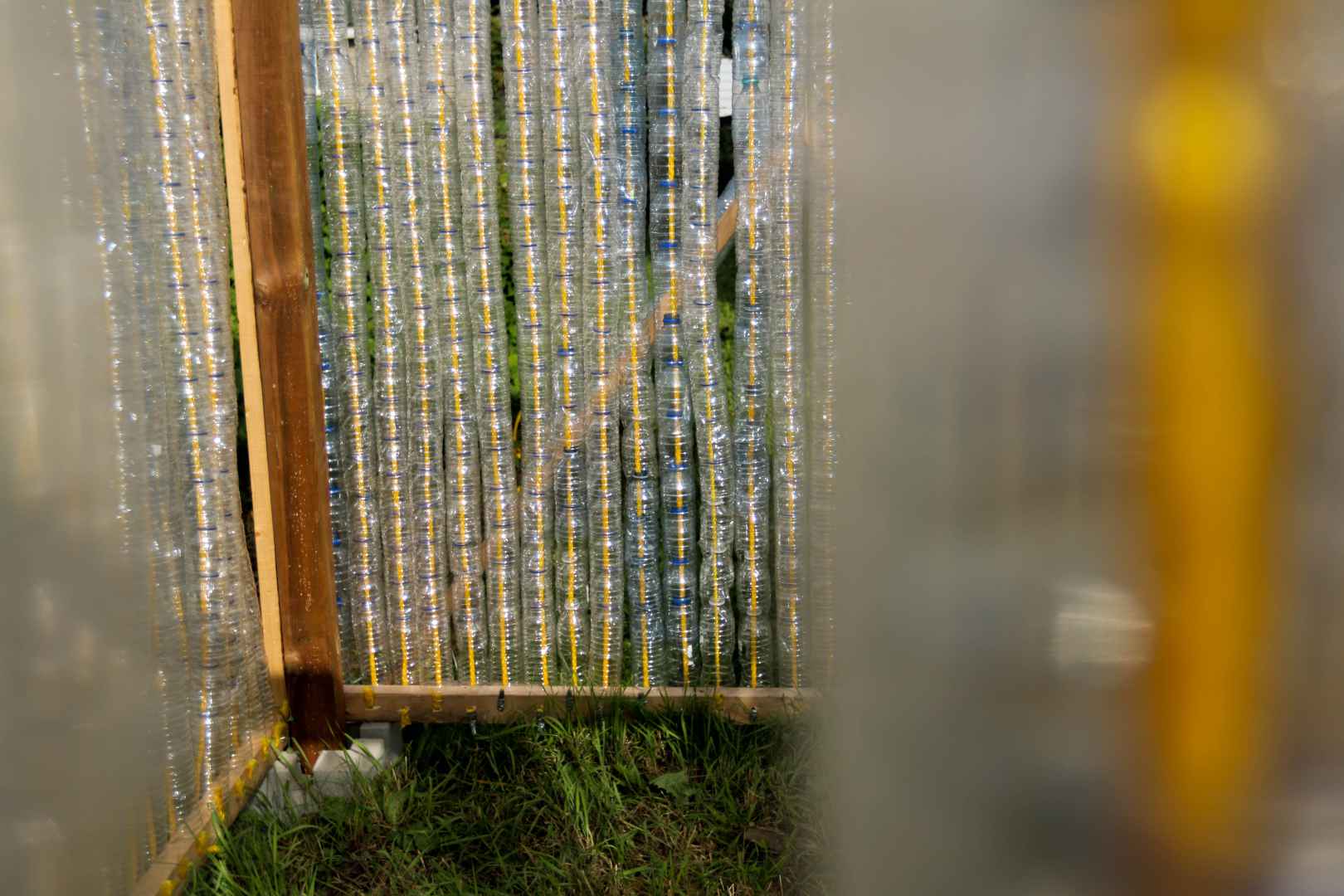 “The challenging part was the water bottle collecting and the prepping, there’s a lot of cutting,” said Peterson. “The stacking, the cutting, that part was a little tedious and repetitive. There’s thousands of bottles, so it was really something.”

Jacobs’ Hardware donated the lumber, patio blocks, and other hardware to complete the structure. The only cost incurred by the program was for rope.

The work, however, paid off, and the small greenhouse went up Tuesday.

“We’ve been getting a lot of people stopping, and saying, “hey. What’s that? What are you making?” said Peterson.

The Eastern Door was among those Lookie Lous, who stopped and inquired about the group’s innovative way to reuse plastic bottles.

Peterson said the group might use the leftover material to make garden tables so kids can work on them.