The grassroots community garden will be buzzing with plenty of bees thanks to a new hive installed by beekeepers Tealey Normandin and Stephane Ouellet. (Photos couresty The Honey Lodge)

While it’s the third summer that a grassroots garden along Highway 30 has been producing corn and other vegetables for the community, this year the group behind the initiative will have some help by busy buzzing bunch of bees.

On Saturday, a beehive was installed at the garden to help pollinate all the vegetables that are going to be harvest this year.

“They’re great pollinators, it’s going to do wonders for the garden,” said Tiio Hemlock, one of the community members who launched the garden.

He and just over a dozen others, spent the morning planting white corn, while the hive was installed by Tealey Normandin and Stephane Ouellet, the beekeeping couple behind The Honey Lodge.

“We want to give back to the community. We want to help the community garden, and have our bees help the town, help the flowers, and of course of the population of bees is having a lot of difficulty, so we’re trying to help in that aspect of helping with bees and pollination,” said Ouellet. 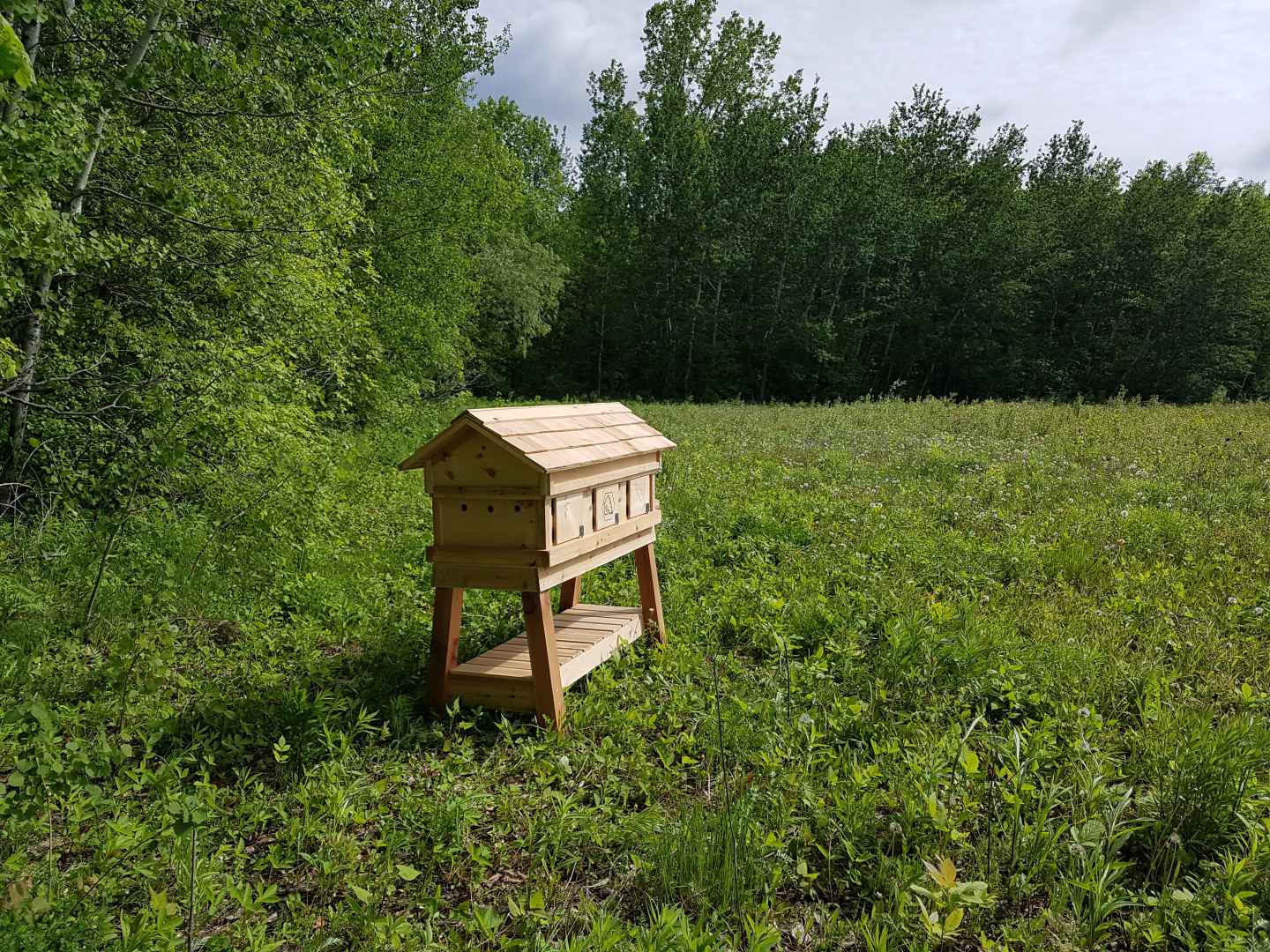 Ouellet sees it as an opportunity for people in Kahnawake to learn about beekeeping.

“The hive that we actually had made, we put exhibition windows, so people could actually open up the windows, look inside and see what the bees are doing,” he said.

“So, when we’re there, we’re going to invite people to come to the hive and learn about beekeeping and want to start teaching kids what beekeeping is all about, how it helps the environment, and how it is crucial to the environment. If bees were to die out, within four years, the planet would terrible. So, it’s very important to the environment that the bees stick around.”

In the future, honey produced from the hive will also be available for community members.

“Usually the first and second year, we try to leave as much of the honey to the hive itself, that way you’re actually building your colony stronger and stronger,” said Ouellet. “This year, when we put the queen in we actually did it this weekend, we brought her some wild flower honey for the queen and babies – there’s between 10-20 thousand bees in the hive when we first put her in, so we want to try to get that high between 20-40 thousands in one hive.”

Hemlock, along with a group of around a dozen community members initiated the grassroots planting project with the support of the Mohawk Nation at Kahnawake in 2015 with the aim to establish an organic, self-sufficient farming project that strives toward our community’s economic independence through food sovereignty.

He said each summer has been a learning experience.

“We’re constantly learning. Each year brings different challenges, so we’re learning on the fly as we go,” said Hemlock. “Last year, we had a really rough crop. Corn didn’t really come up, we couldn’t get ahead of the weeds and what corn did come up, the deer ate all of it.” 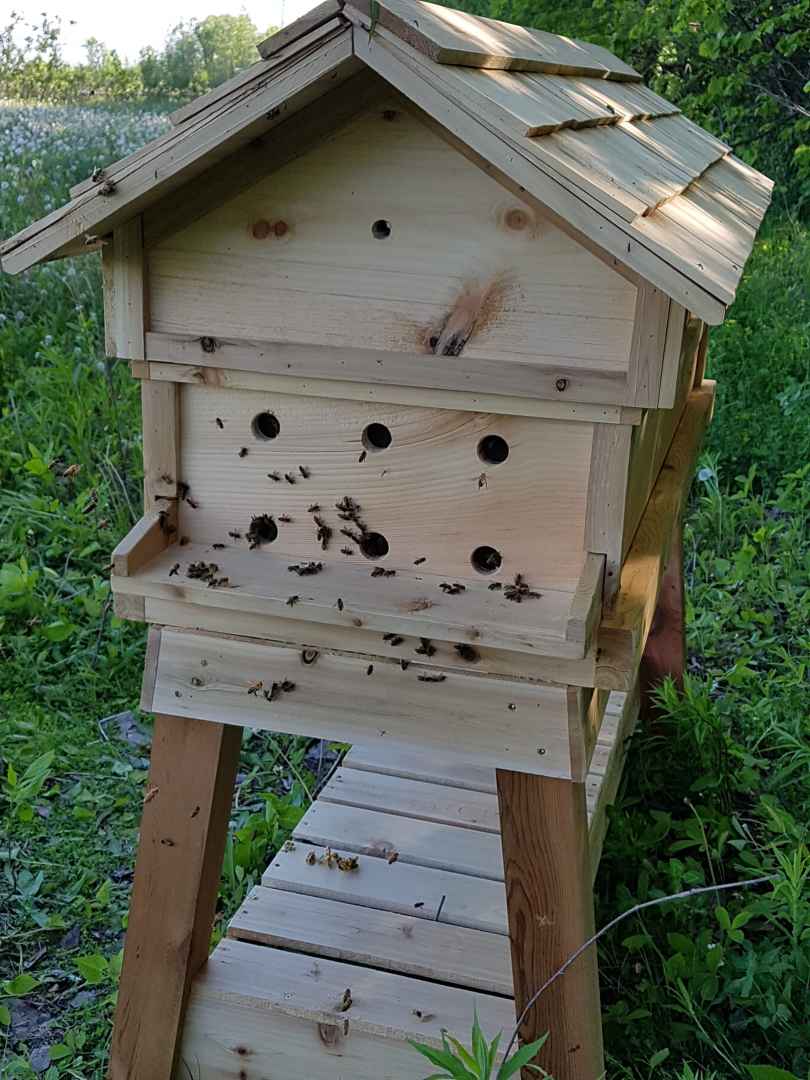 He said hopefully the hive, as well as some farm equipment donated by community members will help change that.

“We’re expecting a good harvest this year from the corn, and I’m going to have three summer workers out there, so we’re going to be on top of it this year,” said Hemlock.

“It went well, nobody got stung,” said Hemlock.

Last year, the six students in his class started a garden, and learned over the year how to wash corn and make mush, split, build a picnic table, plant, forage and make poles for pole beans in addition to other tasks.

“It all goes hand-in-hand. With the animals, the bees, and the garden. It’s getting students active, showing them that they can do these things. You don’t just have to talk about it. We just finished competing another chicken coop,” said Hemlock.

Beekeeping is something his class were interested in for a year.

“Last year we tried to get started, but we were too late in ordering our hive. So, we’ve been talking about it for a year. The students seen it all the way through,” said Hemlock. “By taking part in these projects – completing it from beginning to end – I noticed it has carried over into their schoolwork. You see that they enjoy it, and they look forward to what we’re going to be doing next.”