Stanley Myiow’s plan was always to come back bigger and better, and with Poker Palace, a more modern poker house with an upscale restaurant, he’s accomplished his goal. (Photos by Jessica Deer, The Eastern Door)

Like a phoenix rising from the ashes, Stanley Myiow said it was all part of his long-term plan.

“It’s Snake’s Poker, evolving,” Myiow told The Eastern Door during a sneak peek tour this week of his new place.

“We had to shut the doors at Snake’s. I didn’t mind rebranding because we’re coming at it from a whole new angle now. We lived and learned and it got us to where it got us, and now we’re moving forward.”

When the old Snake’s Poker moved from the depths of the Batting Cage to Highway 132 next to Big Bear’s gas station in 2009, Kahnawake started to show more class.

In a building made specifically for the game that attracted quite a number of non-locals, Snake’s Poker upped the ante in the local poker scene.

But in the years following, other poker clubs added even larger touches of class along with a wider variety of food choices and higher stakes games (Four Aces, Playground and Stardust among them).

As Myiow saw his market share dwindle, he knew the end was near for a joint that offered small cash and tournament poker games, but not enough space for a sit-down restaurant to attract locals – which, he feels, would have been a huge difference maker. 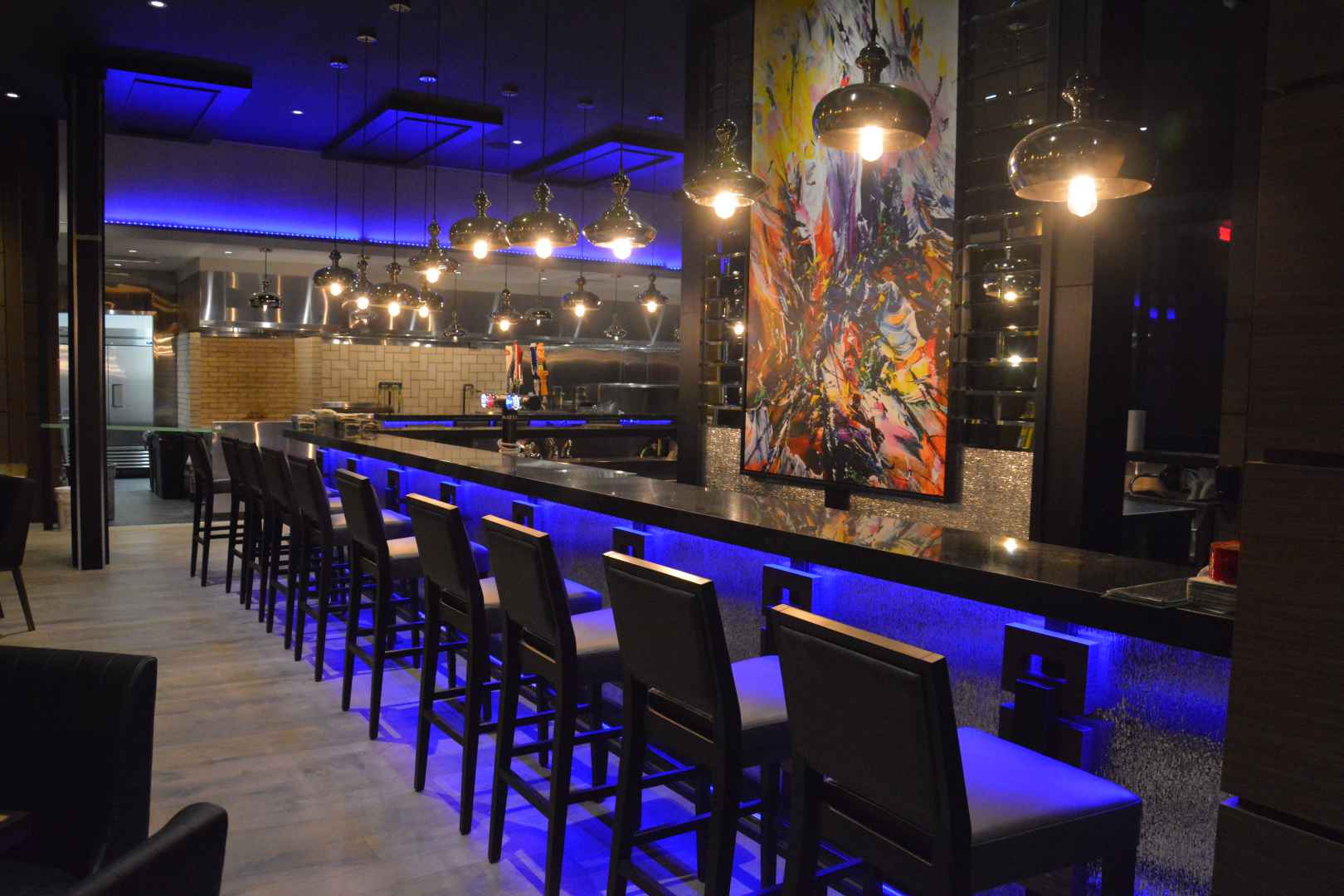 So he closed down in November 2015 with the idea he would re-launch with a classy place to eat – parts of which remind you of Lavo and Aria in Las Vegas – and as of next Friday, May 19, he will be going all-in with his new place, the swanky Poker Palace.

“The main thing is now I have two businesses instead of one – a full-blown, beautiful high-end restaurant and a beautiful poker room,” he said.

“Whereas before, I had a nice southwestern-feel poker club. We served food but I could never advertise a restaurant.”

Myiow spared no expense, bringing in help from overseas to creating an ambience that feels like you’re located smack dab in the middle of a fast-paced, vibrant and exotic locale once you step inside.

A few years ago, Myiow had two choices: close or grow along with the competition.

“I choose to close, and then grow,” he said. “I wasn’t sad at all, because I knew we were moving forward, even when we closed down. I knew we’d come back bigger, better and stronger.” 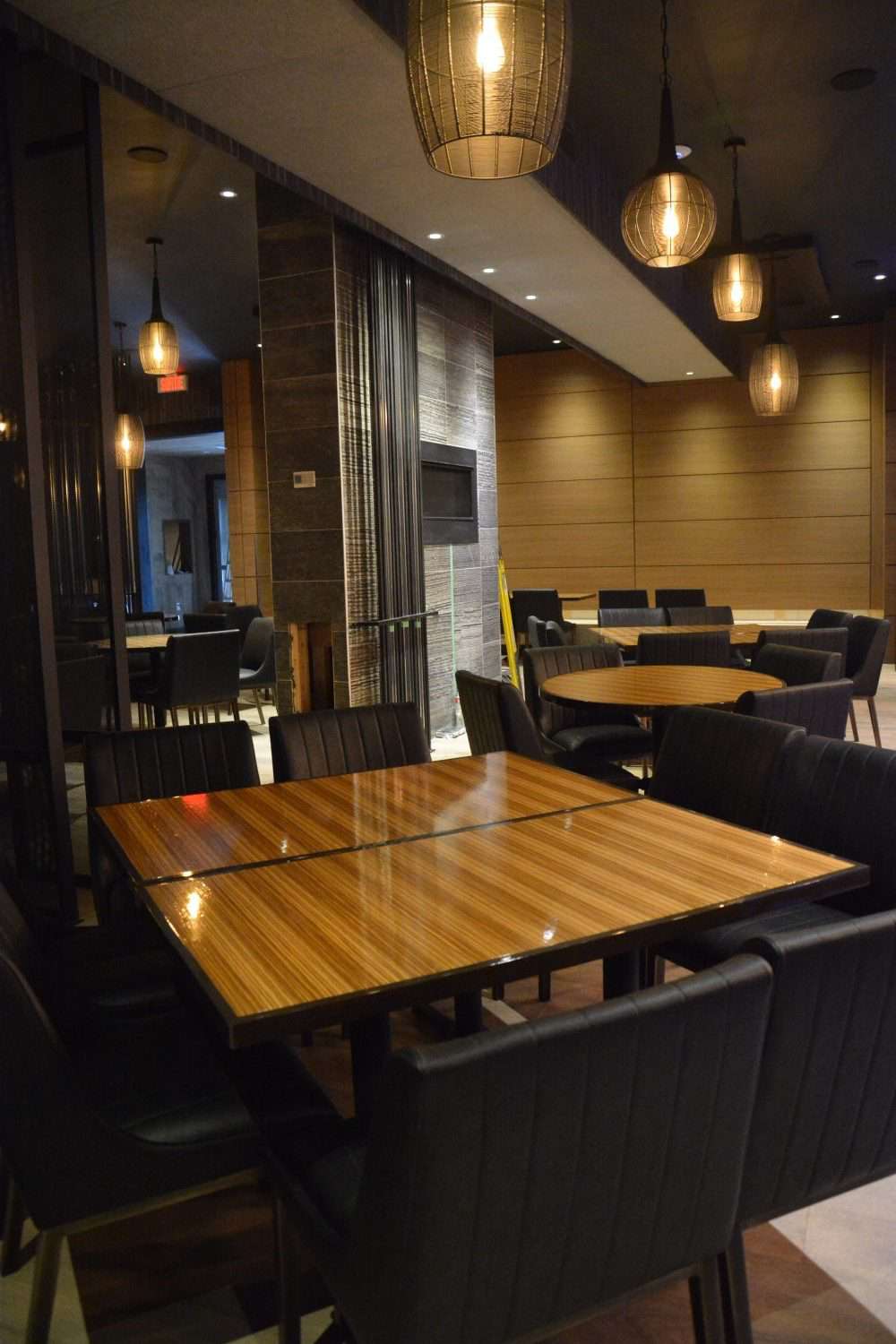 The old building was gutted, and as Myiow pointed out, is totally unrecognizable to fans of old.

His soft opening on Friday will be followed by an official one weeks later, with fun giveaways, prizes, and a bad beat with a twist (you’ll have to check it out to see for yourself).

A top chef (who has yet to be named, one of the many surprises you will encounter at the newly-revamped spot) will cook up succulent steak and seafood for a classy night out, but the piece de resistance will surely be the pizza from the wood-fired oven, flown in from Naples, Italy – the home of Napolitano pizza.

“Everything came out of my designer’s head,” said Myiow. 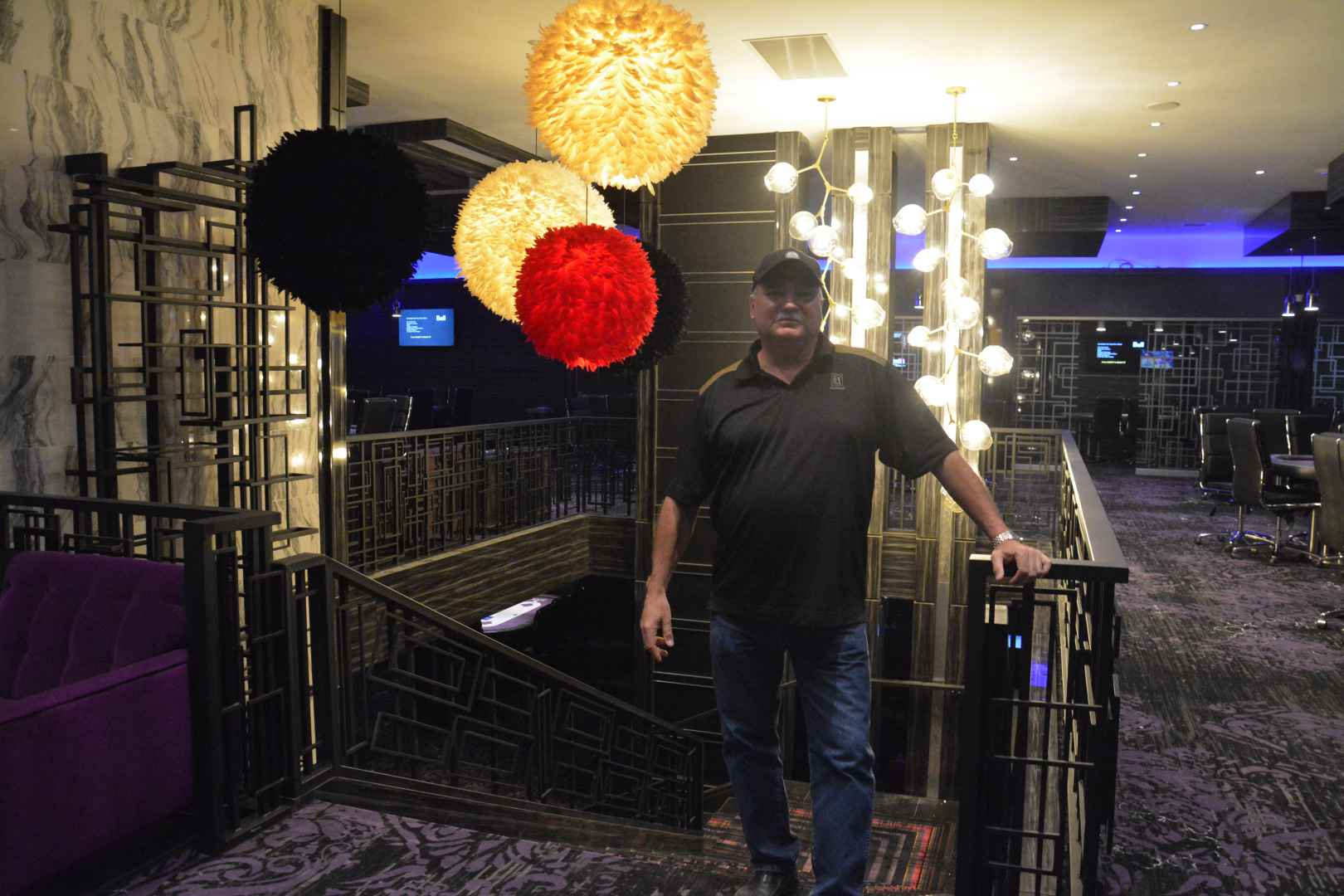 Myiow credits his large team of managers who helped to refine the poker games, menu and the overall feel of the place.

“I’m more along the lines of an advisor now,” he said. “I have to let my managers do their job. I’ll be here shaking hands and telling stories and hanging out, just like I always did.”

The poker veteran, who traces his start back to a small-stakes game at the Legion, has a message for his former regulars and people who stopped by from time to time.

“We built you a new house,” he said. “The main idea is to make every single person feel at home. You’re welcome and you can call it your own when you’re here.”