David Treuer became the third recipient of the First People’s Literary Prize handed out by the Blue Metropolis during its annual festival celebrating the printed word last week in Montreal.

Treuer, who is from the Leech Lake Ojibwe reservation in northern Minnesota, spoke about avoiding “cultural show and tell” in his work, and not relying on “the three Fs” of food, folklore and fashion.

Treuer spoke after the event with The Eastern Door about writing as a Native American author.

“The pleasure of receiving the award, but also the pleasure of writing is hopefully writing great literature, but that’s vested in the specificities of where I’m from,” said Treuer. “Someone asked Toni Morrison once, ‘are you ever going to write for white people?’ She said, ‘what are you talking about? I don’t know what your problem is. Leo Tolstoy wasn’t writing for a black girl in Lorain, Ohio, but I still love reading Tolstoy. It’s rich for me to read Tolstoy. He wasn’t writing for black girls, so why do you accuse me of writing for black people, as if that’s a problem.’ I thought the turnaround in her answer was very good and it’s something I think about all the time in relation to questions like that.” 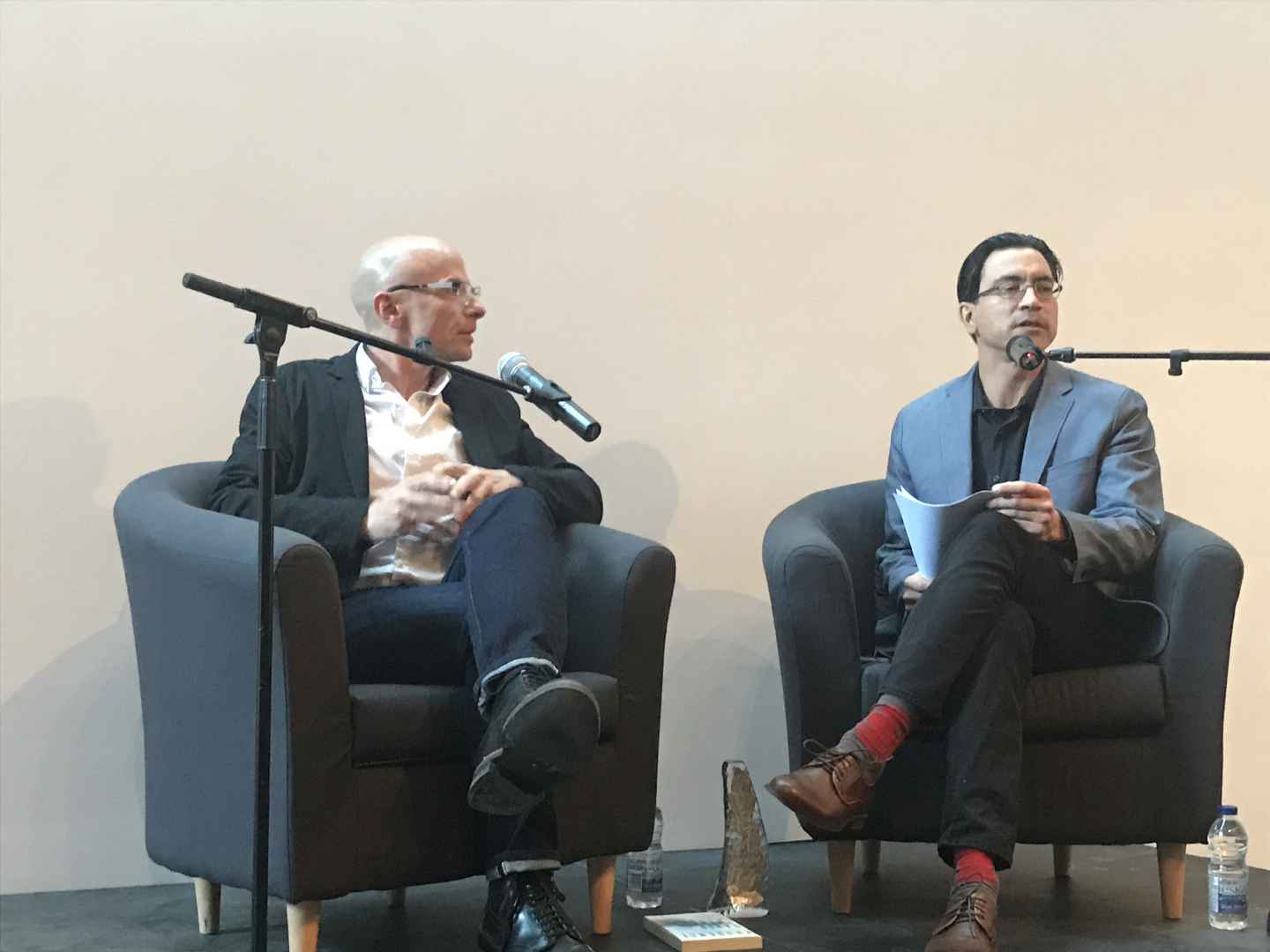 Morrison, the Pulitzer Prize and American Book Award author of Beloved, Song of Solomon and Bluest Eye among others, was Treuer’s thesis advisor and worked with Treuer to develop his storytelling skill as a person of colour.

“She helped kick out my baby teeth and helped my grownup teeth grow,” said Treuer. “She was always very clear that for her, and I kind of came out the same way and took her mission with my mission, that writing is always political. Even if it’s not about politics, it’s always political. We need to be strategic. You begin a book project, you create characters, you create a story, you’re making something, and you’re not just making a story as a writer of colour. You can’t just do that. It’s doing some social work. That said, when I’m working on a book, part of it is just a story, but that’s always linked to the questions: What do I want to change? What can I undo? What can I probe? What can I question? Whose sleep can I trouble? Always… There’s always some political puzzle that I’m trying to solve with my stories.”

His books include Little, The Hiawatha, Rez Life: An Indian’s Journey Through Reservation Life, and the recently published Prudence, which he read from Friday.

McCue spoke after the event about the importance of the Blue Met honouring Indigenous authors at its festival. 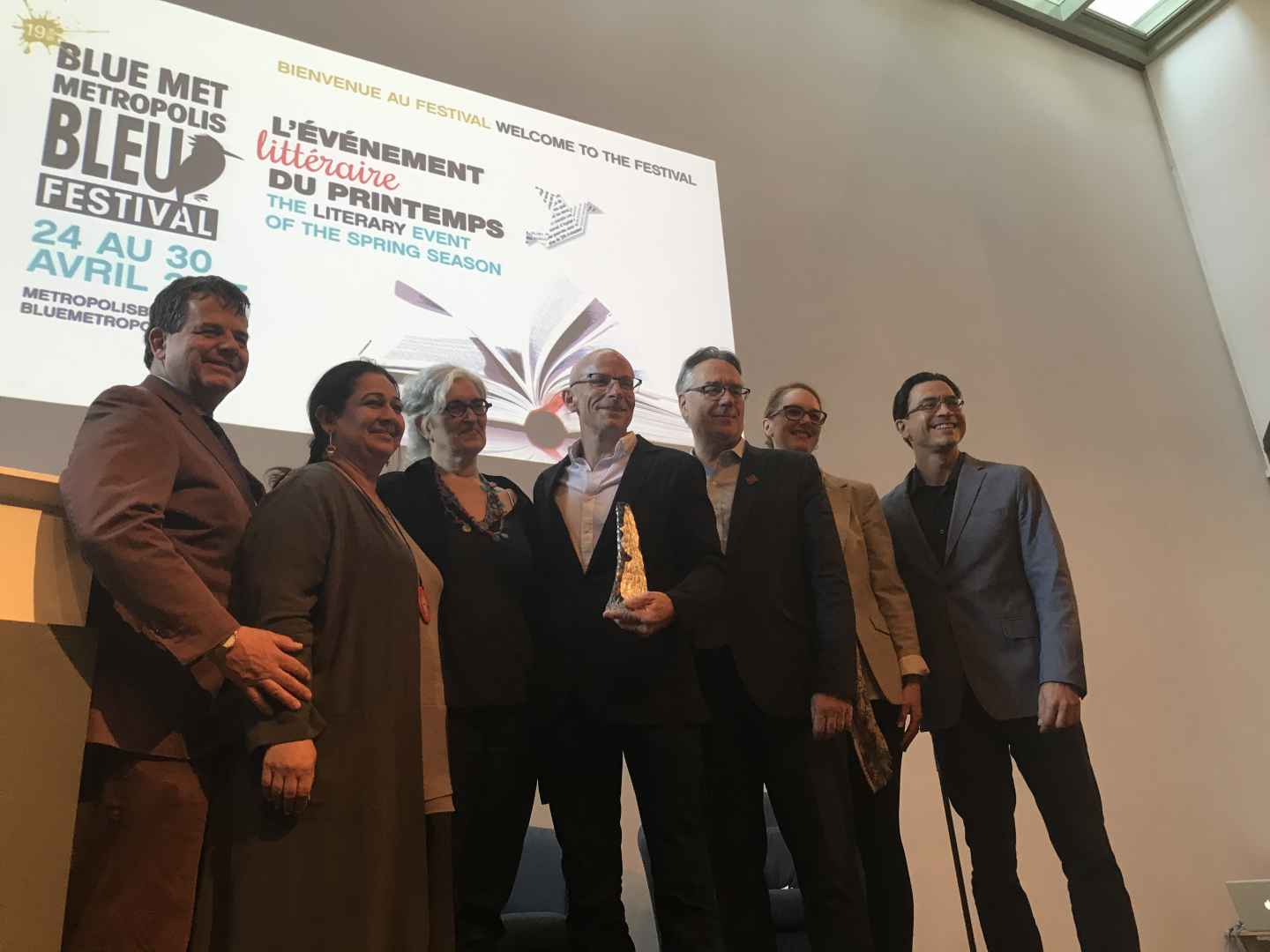 “It’s so important that the Blue Met makes this space specifically by presenting the award,” he told The Eastern Door. “These kinds of awards make a huge difference to Indigenous authors. You heard David say this is the kind of thing that’s incredibly helpful and encouraging to him in the very lonely and solitary occupation of being an author.”

More than the recognition and $5,000 award that accompanies the prize, McCue sees it as expanding the mainstream reading public’s awareness of Onkwehón:we writing talent.

Treuer is a unique literary voice and, much like Eden Robinson, Janet Rogers, Thomas King and many others, shows the vast variety of viewpoints from Indigenous authors both sides of the border.

“There’s a huge spectrum,” said McCue, author of The Shoe Boy: A Trapline Memoir. “When you’re listening to Eden Robinson speak about how she approaches the craft, it’s very, very different from the way that David Treuer approaches the craft. I think it’s important that readers understand that and get a sense of the complexity of the Indigenous literary world, and thereby understand the complexity of Indigenous views right across the country.”