Babe and Carla Hemlock made their Montreal debut with Tehatikonhsatatie: For the Faces That Are Yet to Come. (Photos: Franca G. Mignacca, The Eastern Door)

Dozens of people filled the Maison de la culture Frontenac for the third and last bi-annual addition of Printemps autochtone d’Art. Guests were greeted with poetry and music by Indigenous people from across the continent. The opening also served as the vernissage for Babe and Carla Hemlock’s first Montreal exhibit, Tehatikonhsatatie: For the Faces That Are Yet to Come.

Though Babe and Carla Hemlock are world-renowned artists, often presenting their work in the United States, it was their first time presenting an exhibit in Montreal, for one simple reason – they were never asked.

The couple’s exhibit showcases a small portion of the work they have made throughout the years. They also debuted a piece so new that it had only been completed on Monday morning.

Still Thankful is a multi-media reflection of the current environmental state from Babe, Carla, and son Raohserahawi Hemlock. Babe’s paintings accompanied by a short film by Raohserahawi showcase the aspects of the environment that we should be thankful for and what we have to fear if we forget to be thankful. 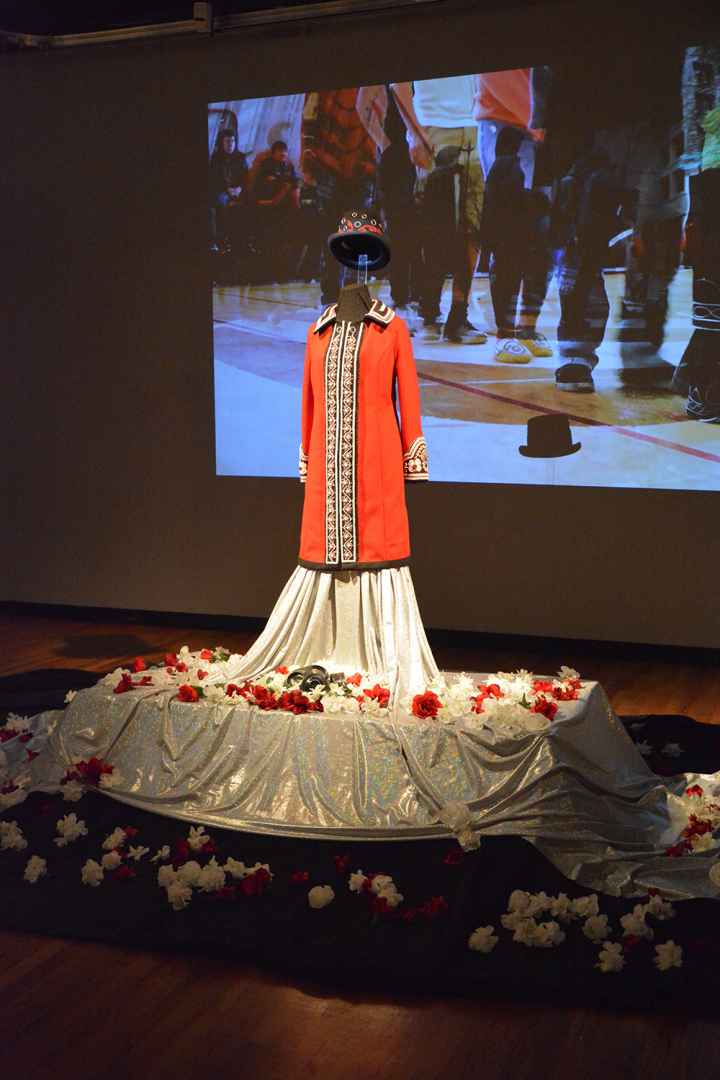 At the other end of the room, Raohserahawi, a second year student at Syracuse University, projects a second short film, accompanying a piece by his mother. The video superimposes images of children at Karihwanoron Mohawk Immersion school with images from a pipeline protest in Washington, D.C. In front of it, Carla placed a handmade coat and a gas mask.

“Why do we do the things that we do? The reason that we do it is for these children and we’re always told to look forward to those children and every decision we make are for these faces that are not here. And those little ones right now, they don’t really have a say in the decisions that we’re making as adults. 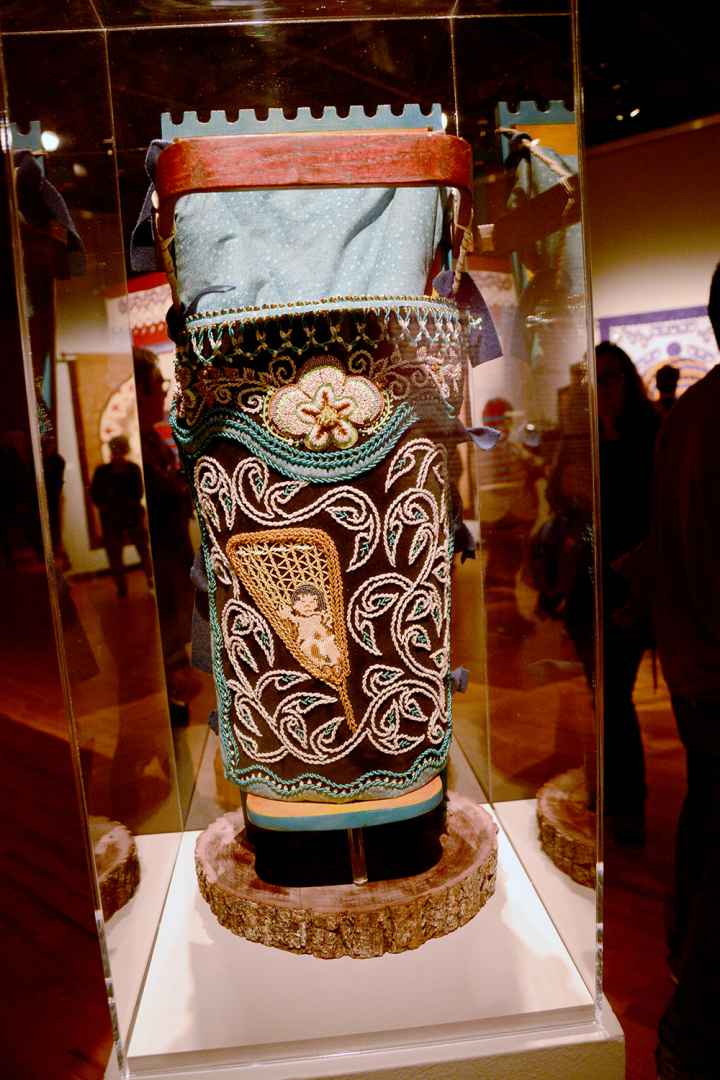 The walls of the exhibit are filled with work that interweaves traditional and contemporary. It has everything from quilts and intricately adorned cradleboards, to delicate beadwork and paintings.

The exhibit runs until June 3.

Though organized by a theatre company, Ondinnok, the festival features everything from dance performances to workshops and art exhibits.

Artistic director Yves Sioui Durand made it clear that while this last edition of the festival coincides with the 375th Anniversary of Montreal and the 150th anniversary of Canada, it is in no way a celebration of either.

“We need the big cultural institutions of Quebec, need to recognize that for many years we are facing cultural discrimination. We have nothing to celebrate. They have founded Montreal illegally. It’s still unceded land. They have not done enough for us, they still have to do something,” Durand said.