Like many families in the community, John McGowan comes from generations of ironworkers.

“My grandfather, father – they were all ironworkers. They worked on the original twin towers, which was the reason why I volunteered to go for cleanup (after 9/11) and then I went back to put the new one up,” said McGowan.

The 52-year-old is among a handful of Kahnawa’kehró:non featured in Iroquois Indian Museum’s new exhibition Walking the Steel: From Girder to Ground Zero. 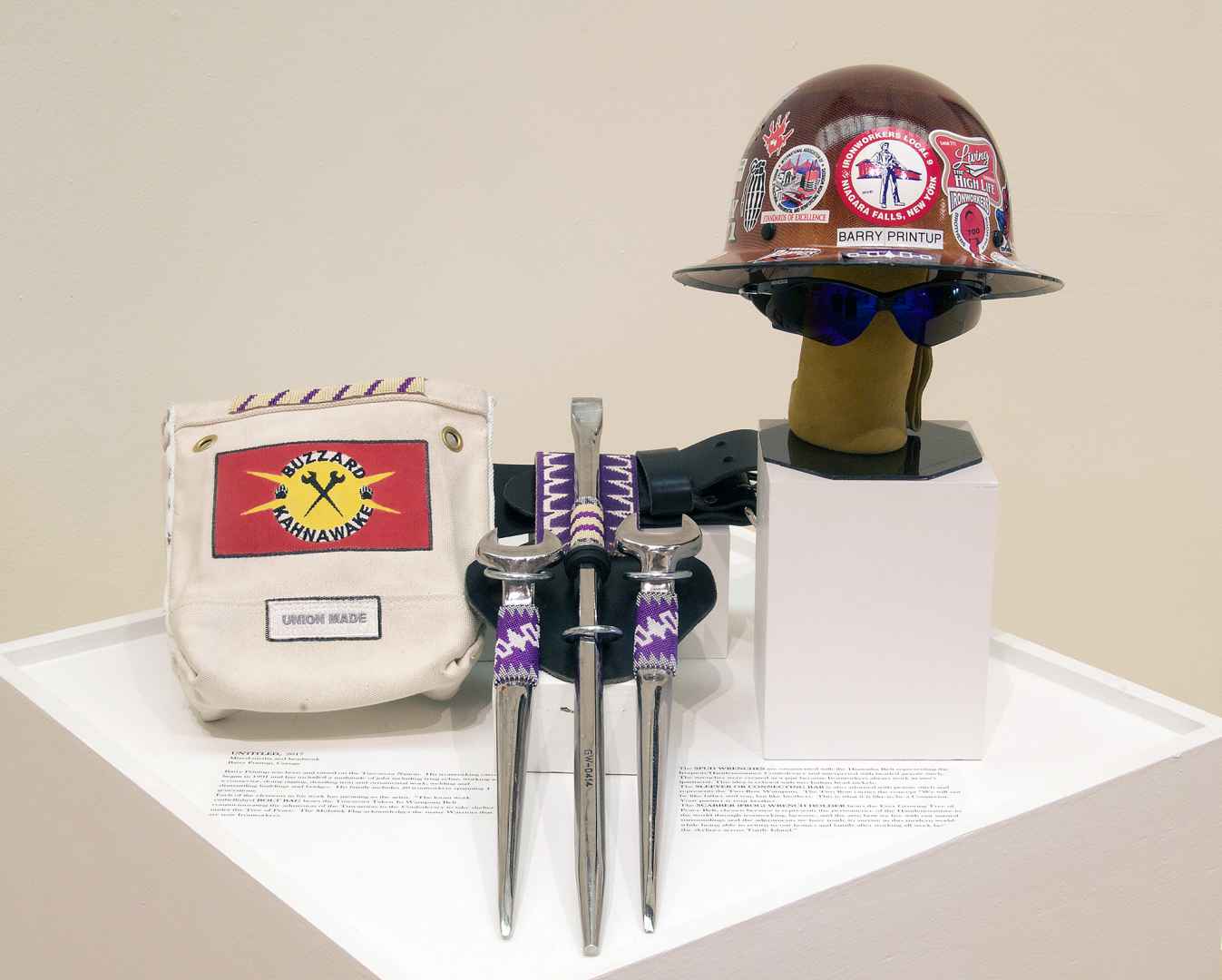 By 1915, 90 percent of the male work force in Kahnawake was employed in union ironwork. During the building boom between the 1920s and 1960s, generations of Haudenosaunee commuted weekly from their communities to urban work sites helping shape iconic structures on New York City’s skyline, such as the Empire State Building, Chrysler Building, World Trade Center, and George Washington Bridge.

McGowan entered the trade at the age of 17, and like many other Kanien’kehá:ka, worked in New York City.

“My first job was the Phillip Morris building,” he said. 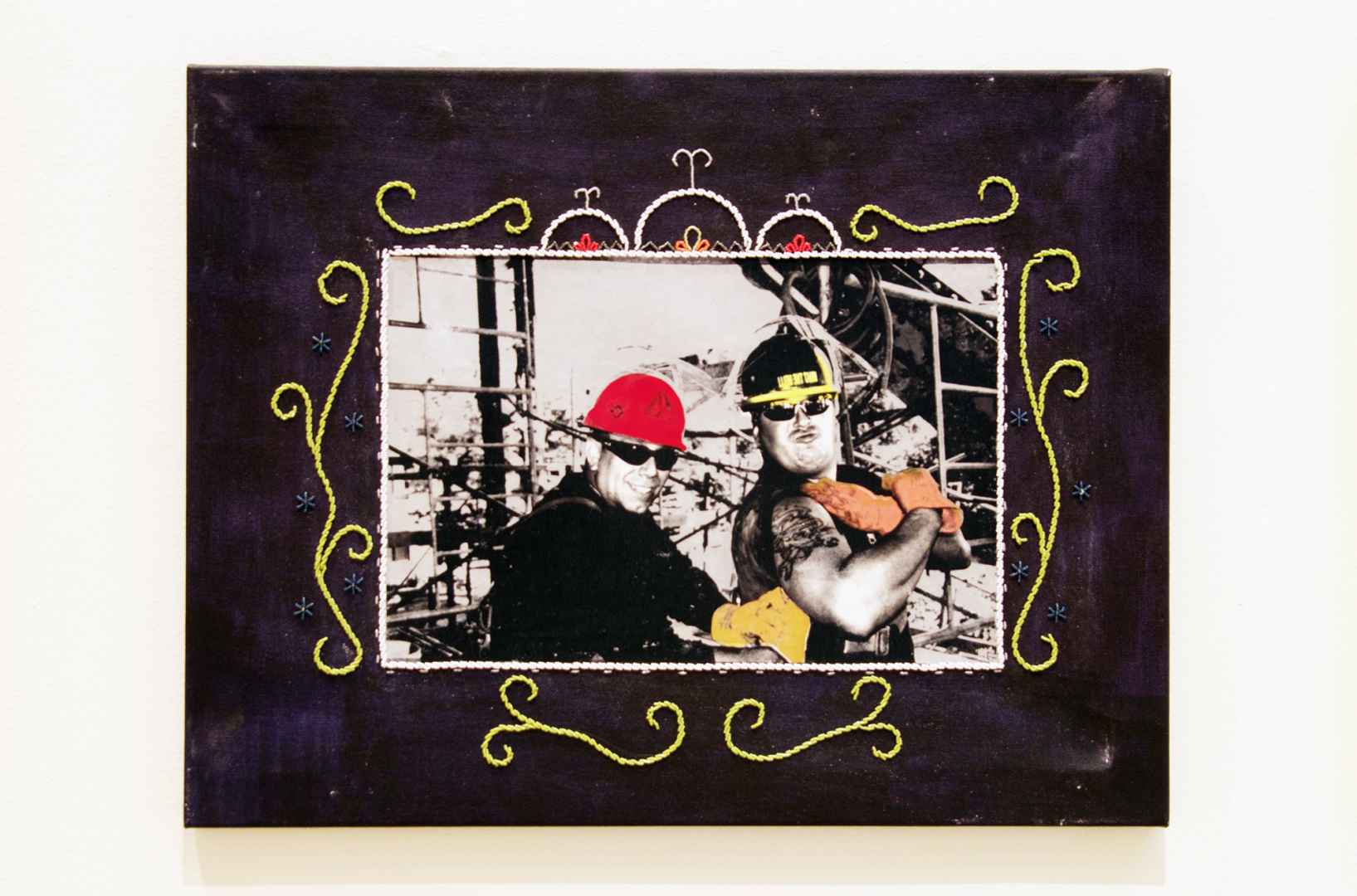 More recently, he worked on the Freedom Tower at One World Trade Center for three-and-a-half years. A photo of him and Preston Horn on the 105th floor is one of the many photos on display at the museum.

“We’re always looking for stories that really acknowledge Haudenosaunee accomplishments, but also have elements that draw people to the museum that wouldn’t necessarily come because they have an interest in Iroquois, or they do and expect to come here and see the early history,” said Colette Lemmon, curator of exhibition at the Iroquois Indian Museum, which is located in Howes Cave, New York.

The exhibition showcases a wide variety of work from 16 Haudensosaunee artists across the confederacy, including archival photography from the Kanien’keha:ka Onkwawen:na Raotitiohkwa Language and Cutural Center, artifacts, audio recollections to shine light into rich history and connection Onkwehón:we have to ironworking. 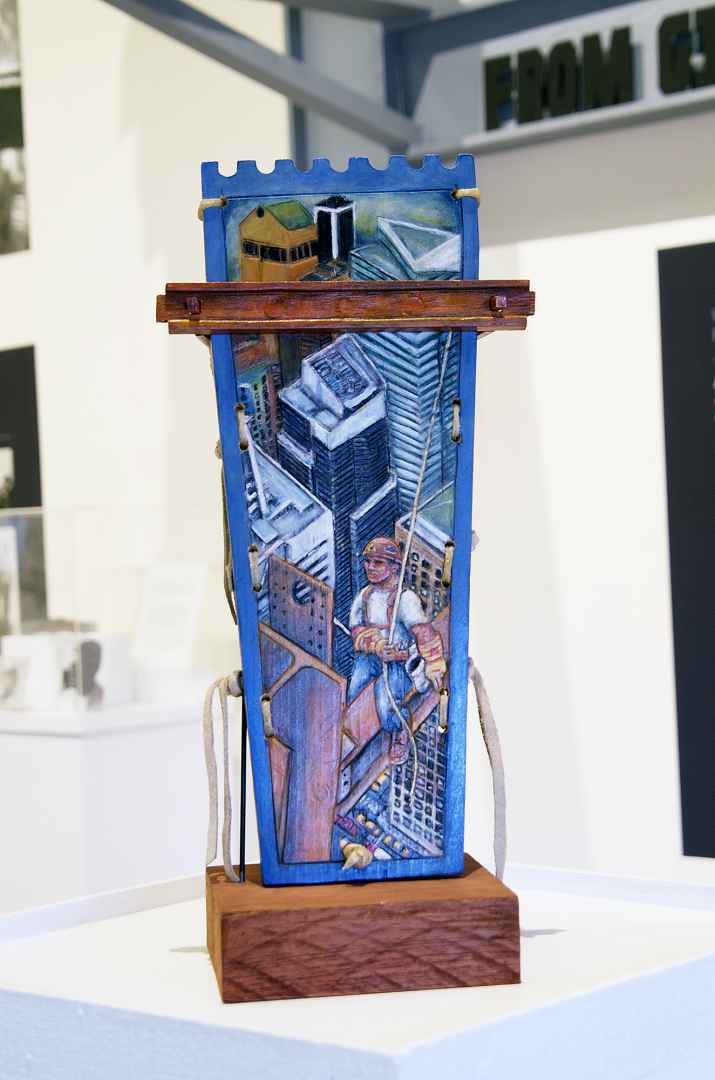 “We just want people to come here and they realize it’s not a dry story. These are exciting stories.

“It is a story of resilience, and courage. There are so many stories in your culture that illustrate just how resilient your culture has been,” said Lemmon.

“This is a perfect story for that. It’s dangerous, it’s exciting work, it takes a lot of courage, it’s larger than life. Both people who work in the trade, as well the building themselves, are larger than life.”

The exhibition runs until November 30, with the official opening reception taking place on May 6 from 1-4 p.m. Special guest speaker will be filmmaker Reaghan Tarbell, who will discuss To Brooklyn and Back: A Mohawk Journey, her 60-minute film that examines the experience of Mohawk women in Little Caughnawaga, a Brooklyn community of 700 Mohawks that grew out of the ironworking boom of the 1950s. 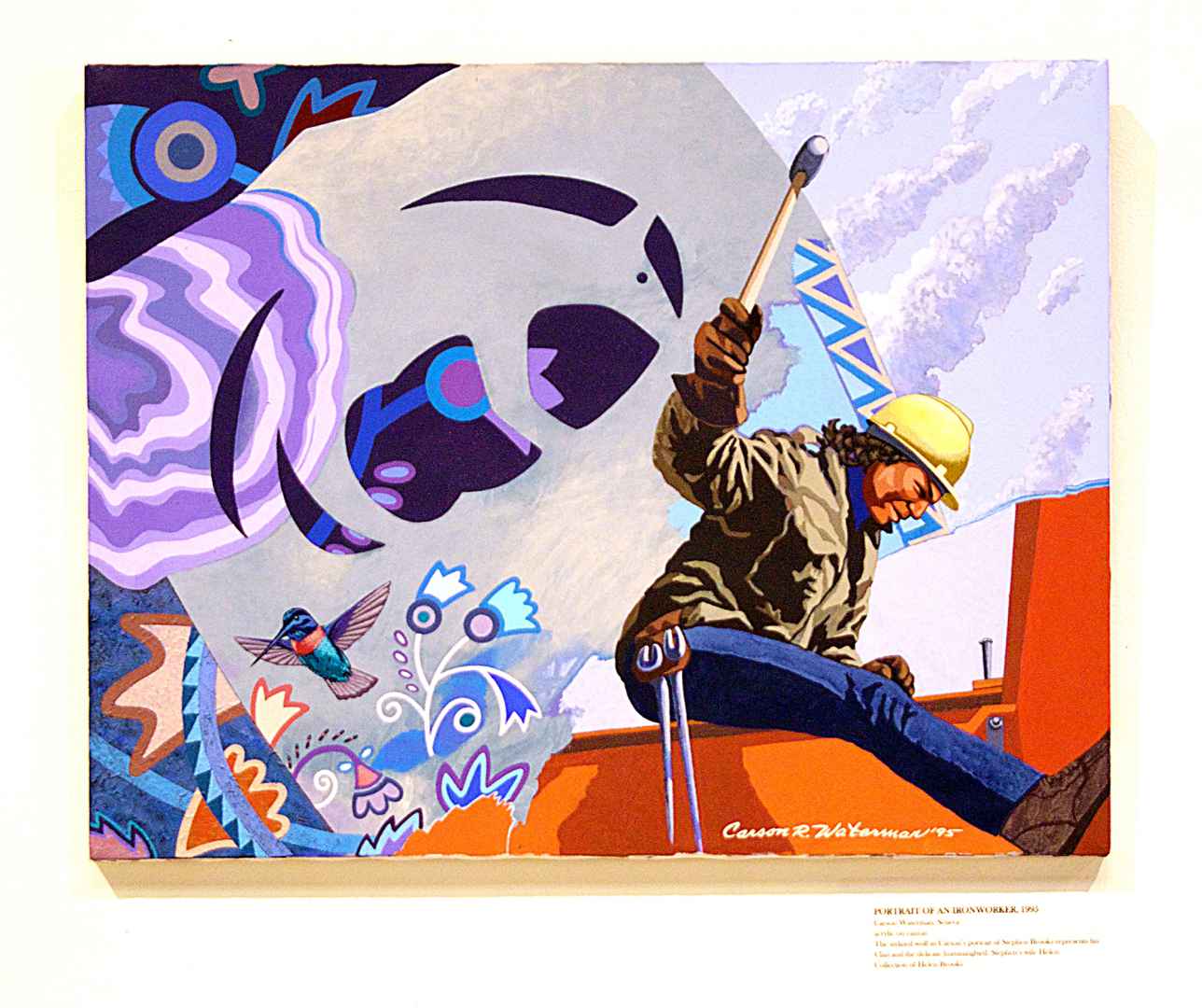 “I’m honoured to have been asked to take part in this exhibition. I made my film almost 10 years ago and I’m very happy that it’s traveled as well as it has. Last September I showed it at the United Nations, next week I’ll be showing it in Montreal and next month at the Iroquois Museum,” said Tarbell.

“I think it’s important to have the women’s voice heard as much as possible when it comes to the ironworking trade, as it impacts the whole family overall.”