You are here
Home > News > Walking in a Winter Wonderland!

What do you get when you put together 15 gorgeous Christmas trees, over $50,000 in prizes and a wonderful event to honour a lost little one?

It’s called Winter Wonderland, and it’s the second annual demonstration of so much love and support.

A large chunk of cash was raised for Karonhiaráhstha’s Post-Secondary Scholarships (and programming), and there was a new craze in town this year called the Golden Ticket – 1,000 tickets sold at $100 a ticket – with the $25,000 first prize going to Perry Leborgne – over $50,000 in prizes total! 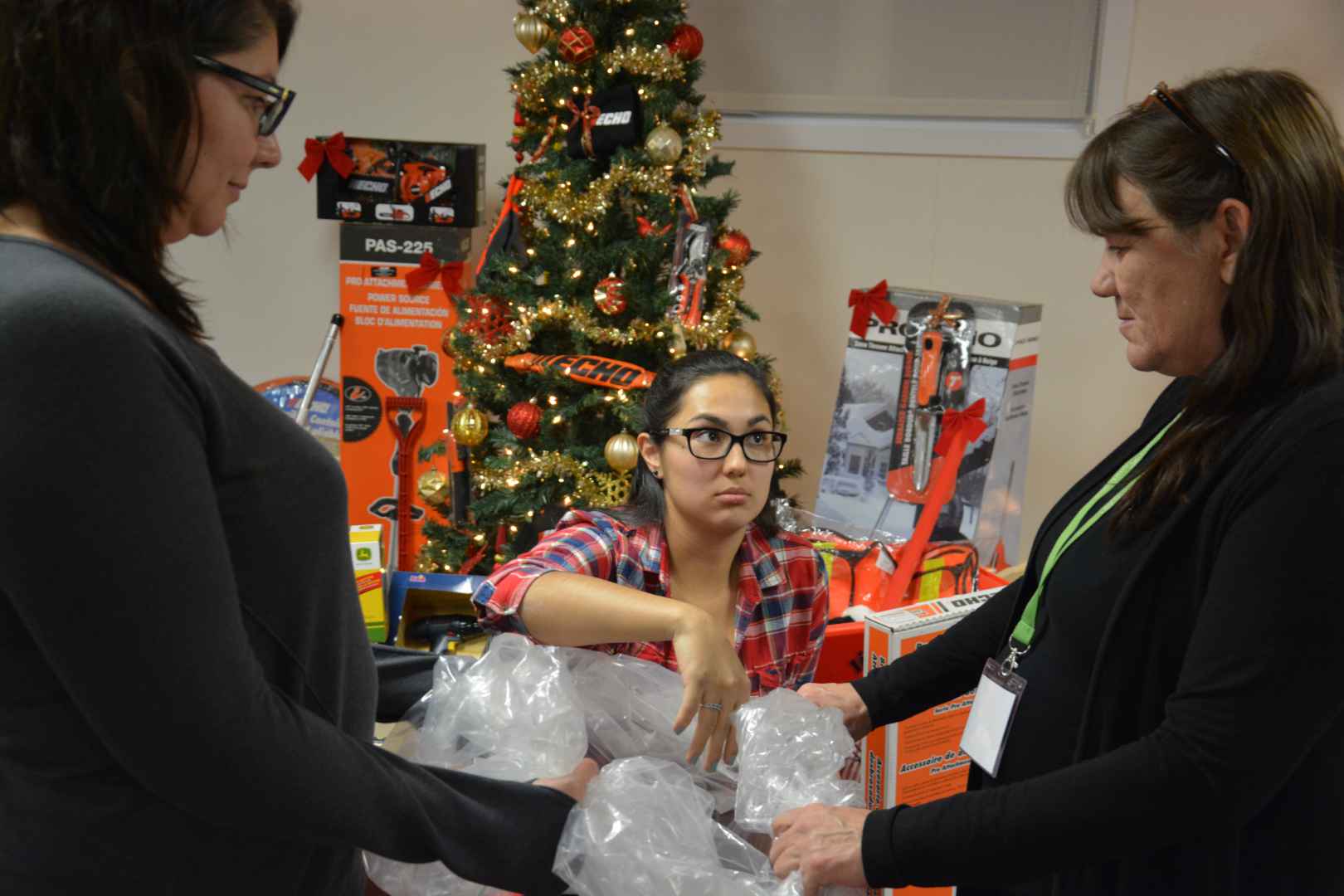 Karonhiaráhstha was Carla Skye and Wahiio Delisle’s baby who tragically passed away three years ago, which helped to launch this heartwarming event.

Carla was surrounded by friends and family as the winners were announced and although she was well on her way to giving birth during this year’s event, her message was simple: a huge thank you to everyone for their dedication and hard work.

Before the event ended at Body Contours last Sunday, main organizer Lois Montour had tree sponsors lined up for next year (if you want to sign up, call the KMF at 450-633-0276). 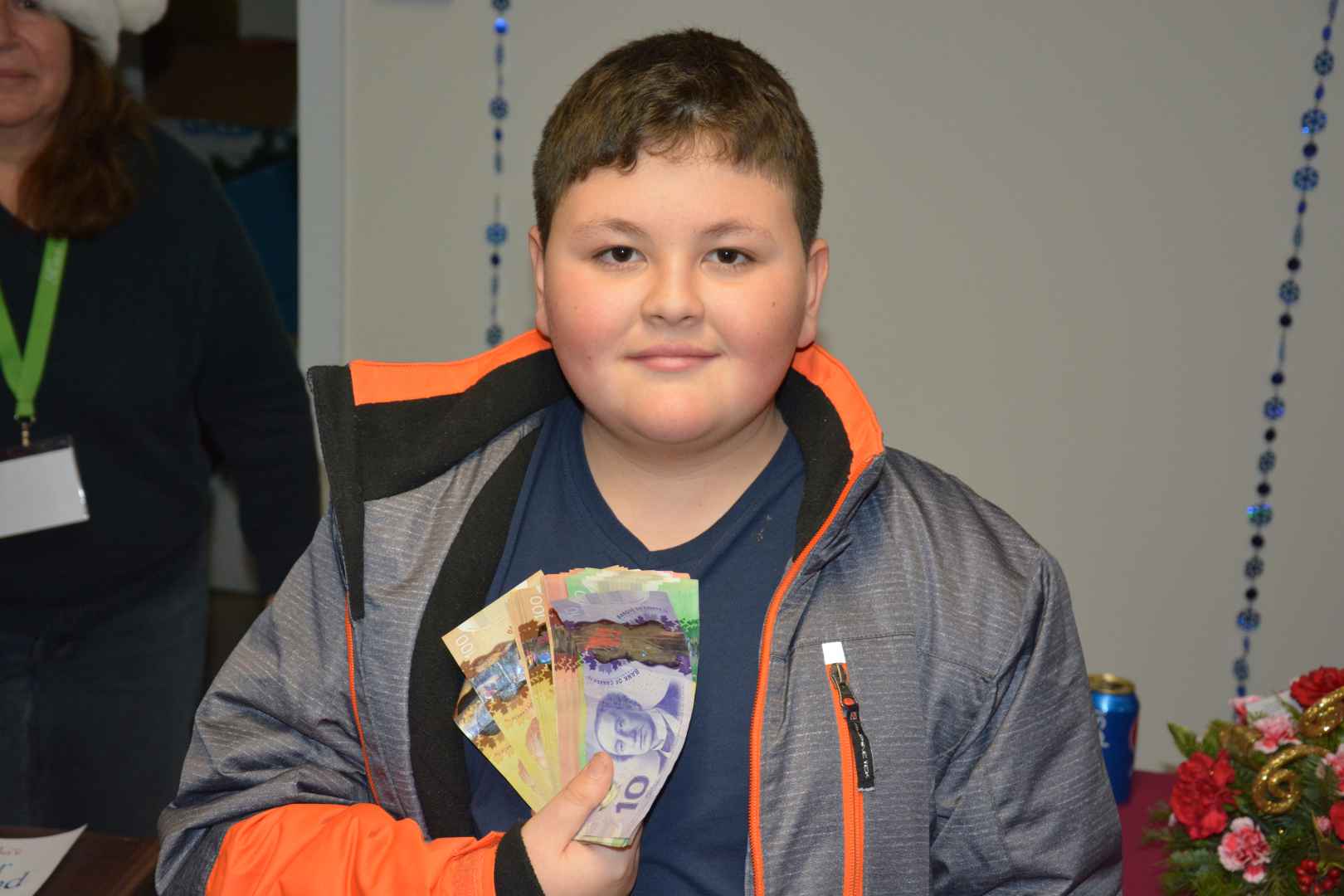 And she’s already looking at booking a larger hall to accommodate the growing interest for 2017.

As a result of Winter Wonderland 2016:

“There will be more than $30,000 to award next August 2017 to scholarship applicants, and to promote health and awareness for the safety of children (i.e. SIDS awareness training, first aid training, CRP training for community members) and various other workshops and training,” said Montour.

“We are only going to get bigger and better next year,” she said. 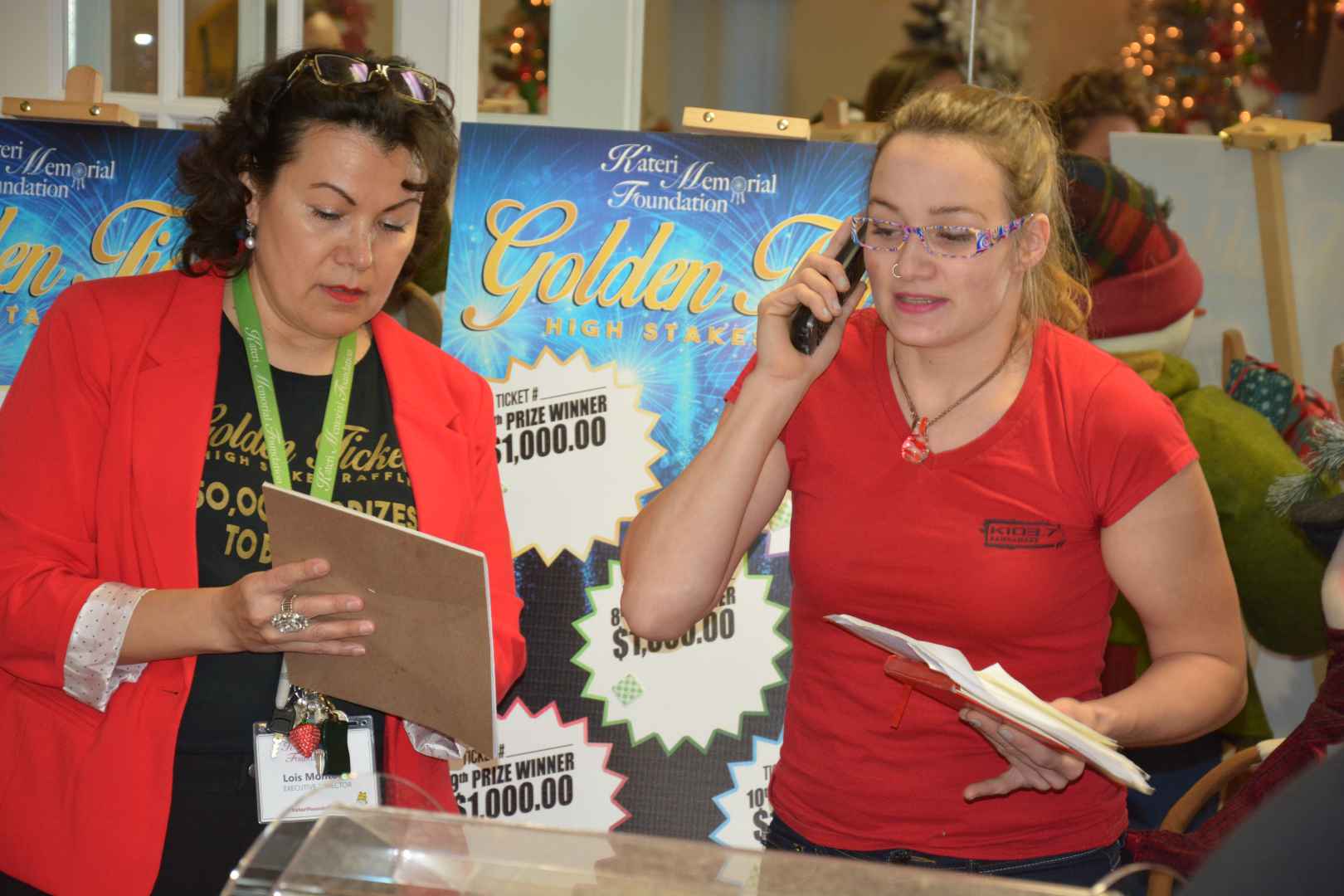 Carrie Ann Phillips, who played a major role as one of the organizers and volunteers, also donated a tree.

“As one of many sponsors for our little angel tree, I donate because it’s a way to keep Karonhiaráhstha’s memory alive. Each year the tree’s theme corresponds to the age she would be,” she said. 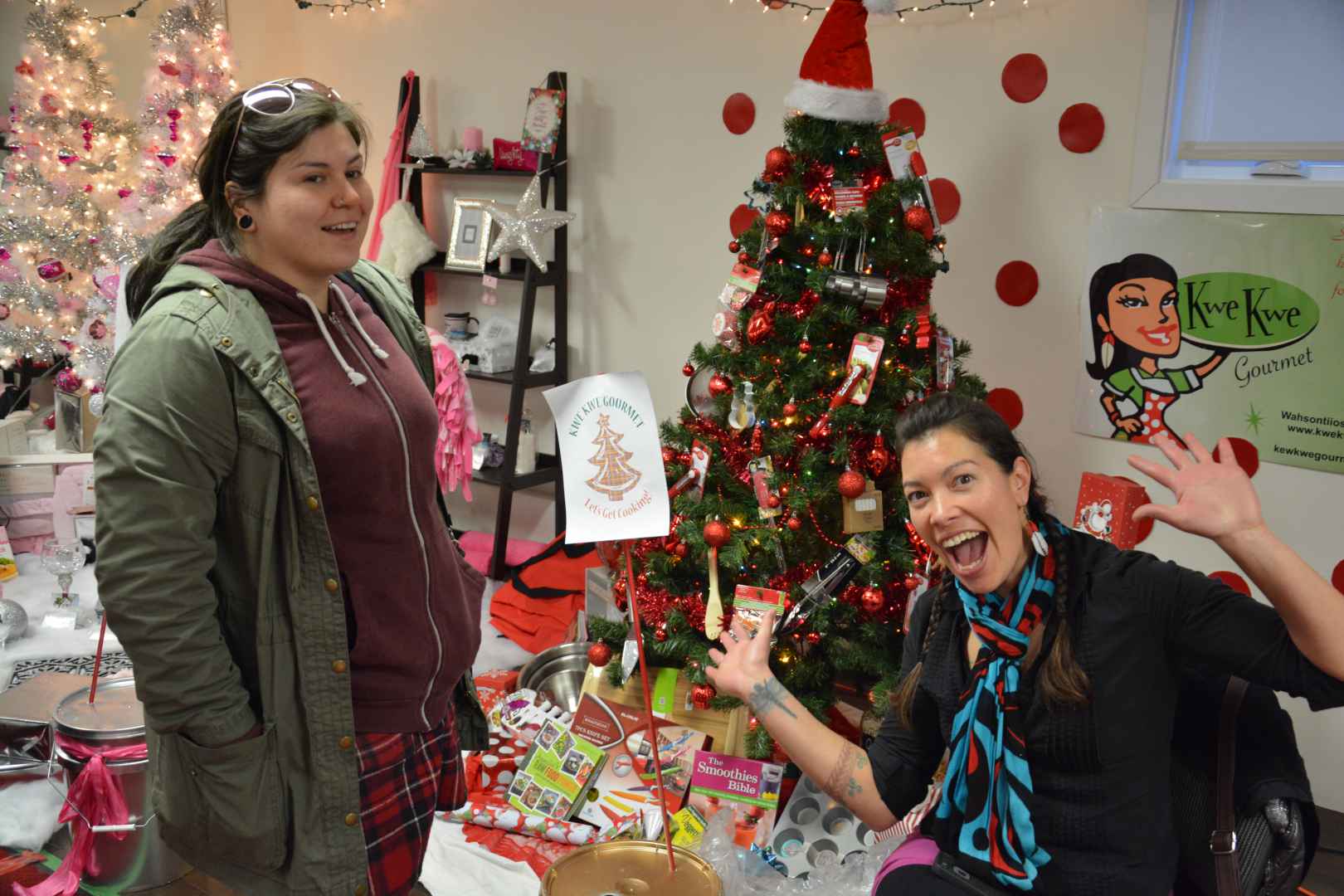 Kwe Kwe Gourmet owner Tiffany Deer said it “feels great to be part of a community fundraiser and give back. I Love the thought of other foodies enjoying cooking stuff and inspiring culinary greatness.” 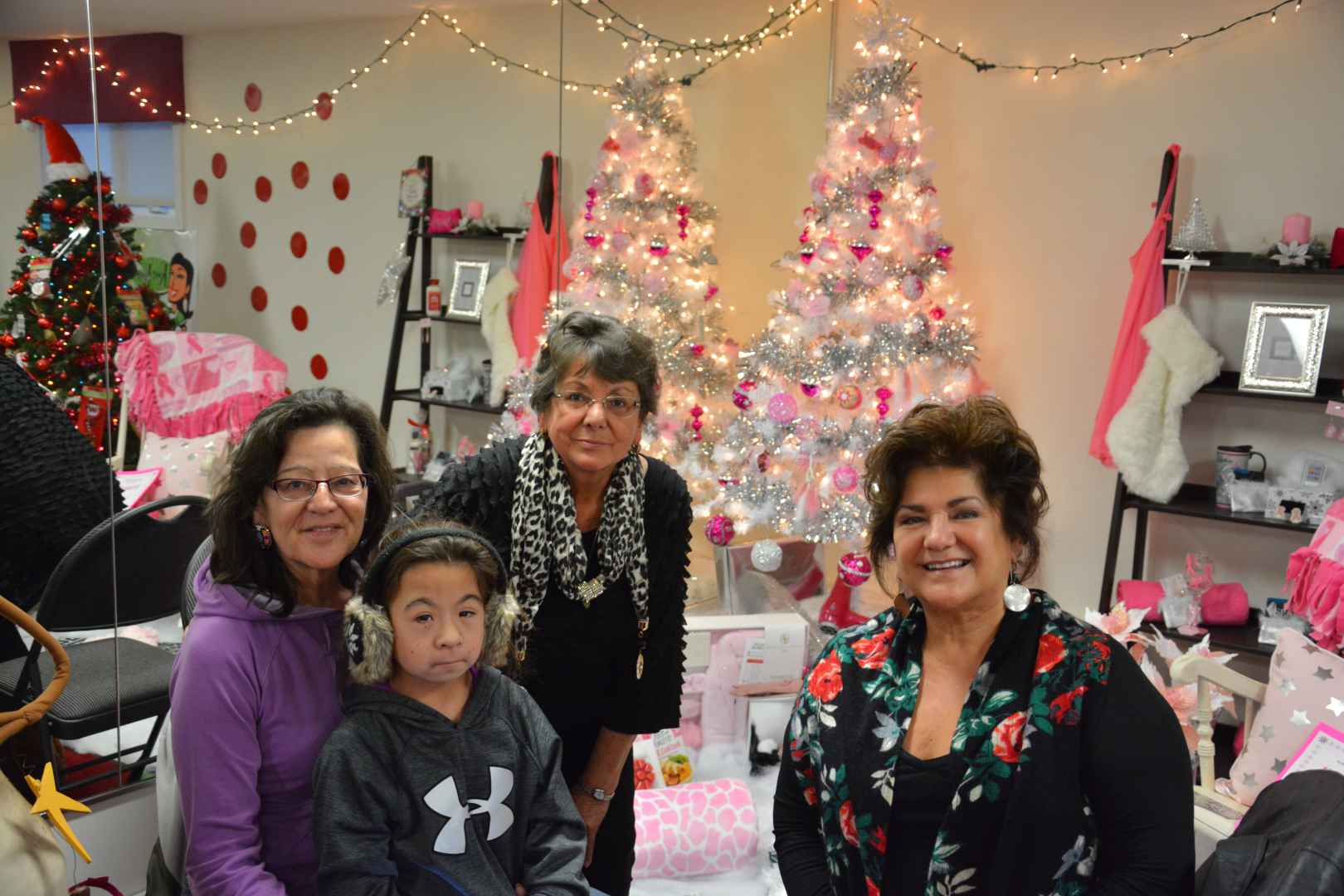 The KMF is also selling $10 Christmas tree memorial bulbs until December 22, so get yours today!

Tune in next year to what is turning out to be the can’t-miss event of the Christmas holidays in Kahnawake.