Skip to content
You are here
Home > Feature > A River of jerky, a la fourth McComber son

River McComber’s hands get to a chill level that would send many weaker 17 year olds running inside to their heaters and cups of cocoa, but it’s all in a day’s work to create quality hickory goose jerky.(Photos by Daniel J. Rowe, The Eastern Door)

Fresh out of high school, most kids, still meandering with no clear direction, take a swing at CEGEP, university or whatever job will hire a 17-year-old with lots of potential (maybe), but little life experience.

For River McComber, however, his post-Kahnawake Survival School life has been partly spent making jerky in his backyard as part of his family’s fish and game business.

The fourth of five sons of Eric “Dirt” and Paula McComber took The Eastern Door through the process from duck to hickory-smoked goodness. 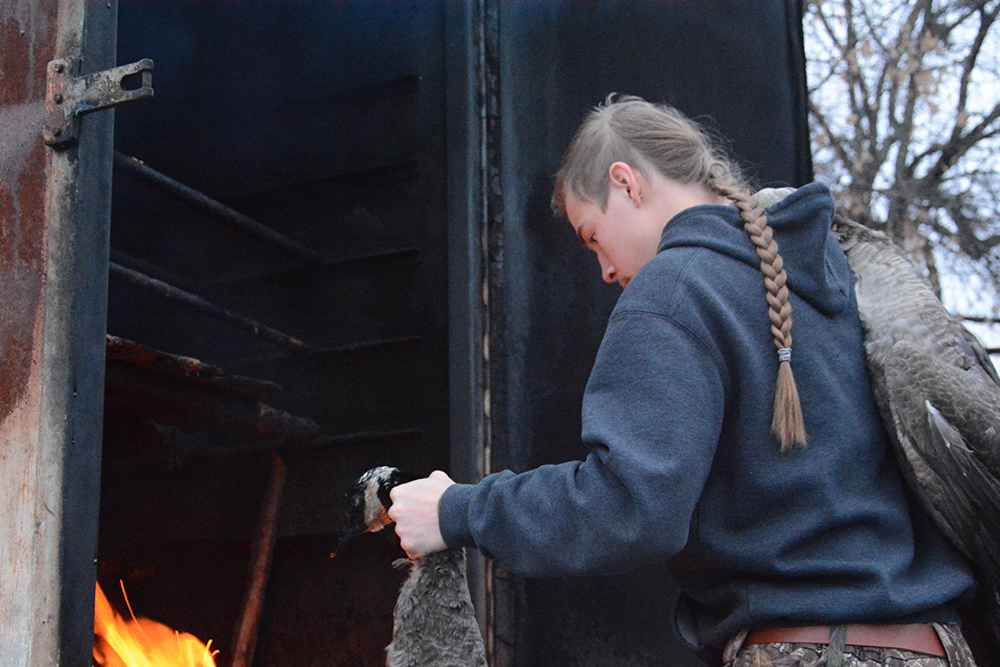 First, the hunters will go get their geese or ducks out of the blinds, bring them to the backyard, and butcher them using as much of the animal as humanly possible.

“If I want, or if they’re okay, I’ll take the feathers because those are good for trade,” said River. 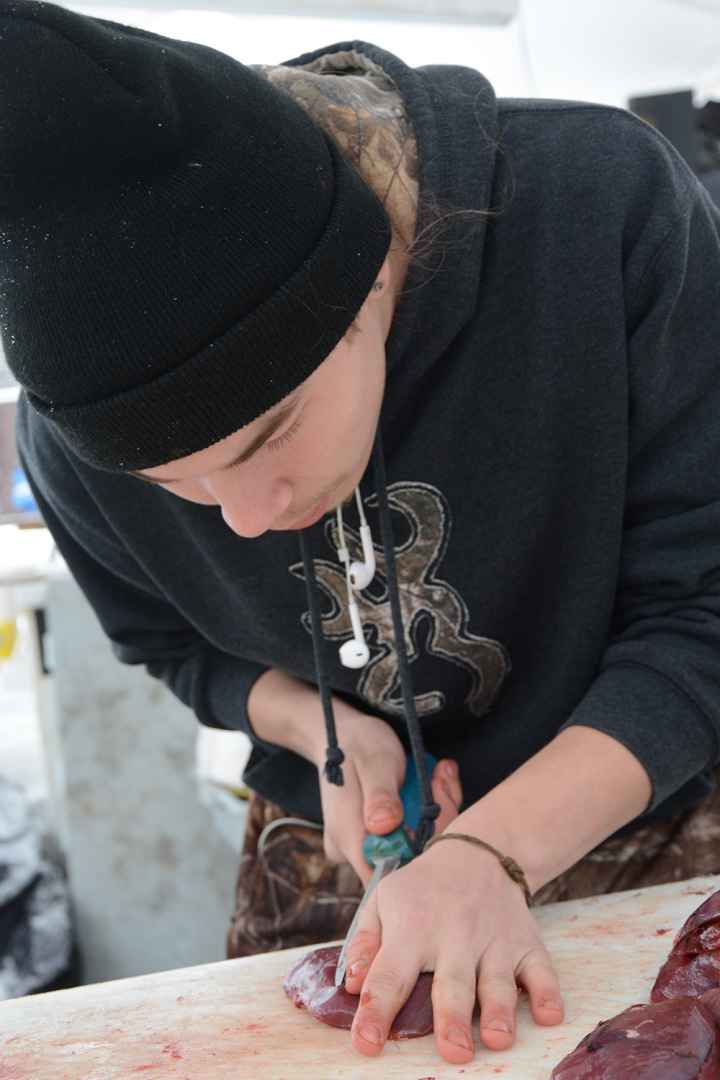 After the breasts are ready, River meticulously removes the silver skin and fat to ensure the meat is as high a quality as possible.

“It’s very time consuming,” said River. “There’s no machine. Well, there is, but not here.” 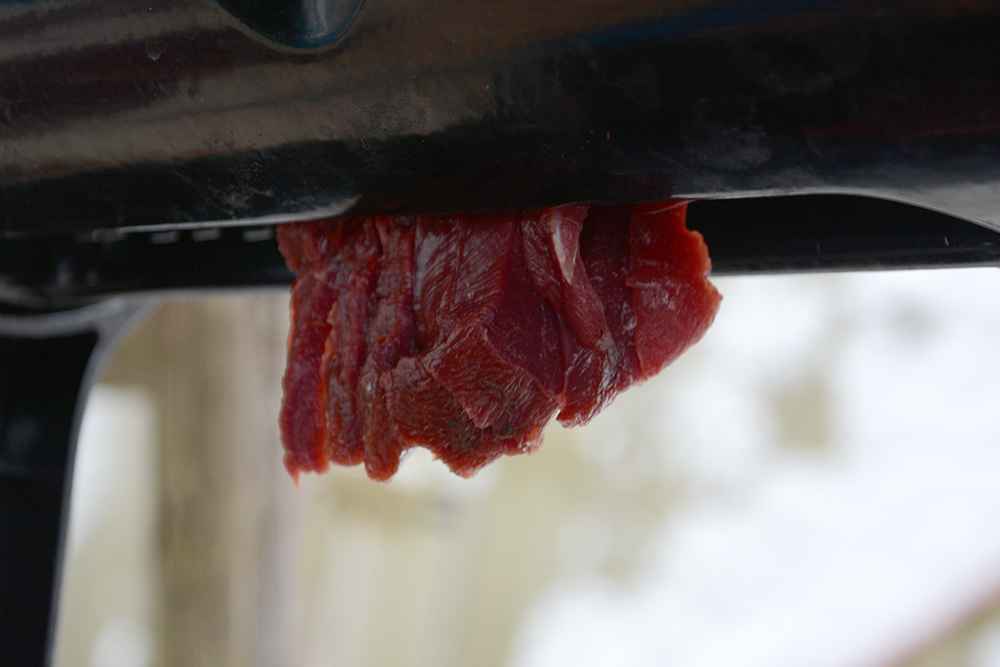 River then puts the breast meat through the slicer and cuts it into nice sized pieces ready to get a little flavour.

If you are someone who has to hear constant complaints from coworkers, children, spouses or parents about the cold, consider what River does next. 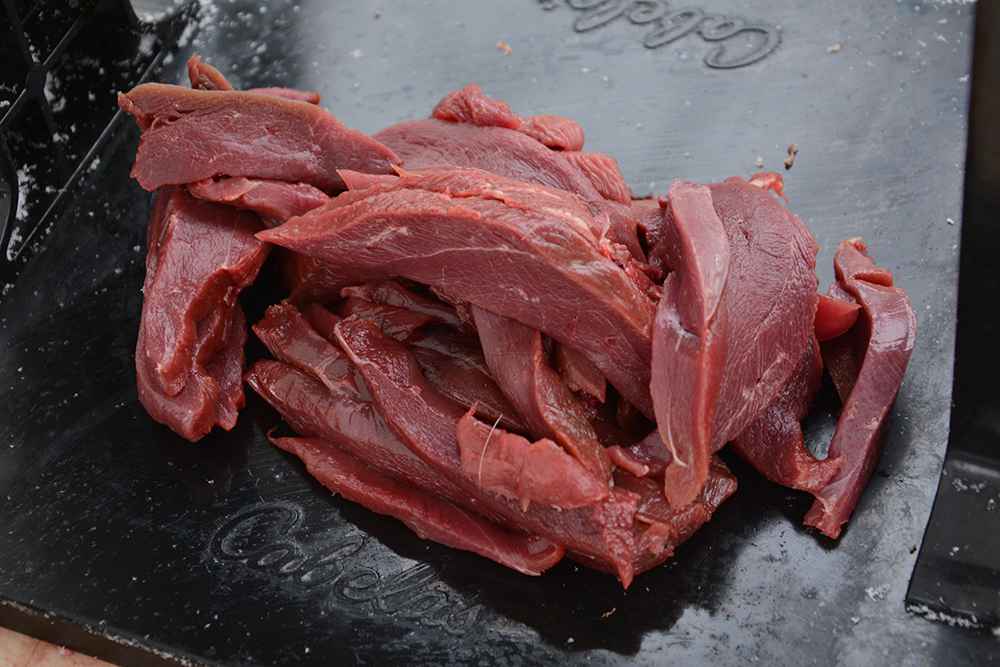 “Once it’s all sliced and weighed to the amount of jerky it requires, we get a pail and put all of the slices in there and add our marinade to it,” said River. “I do it by hand out here and it’s cold. That’s the coldest thing I’ve ever done, and I always do it.” 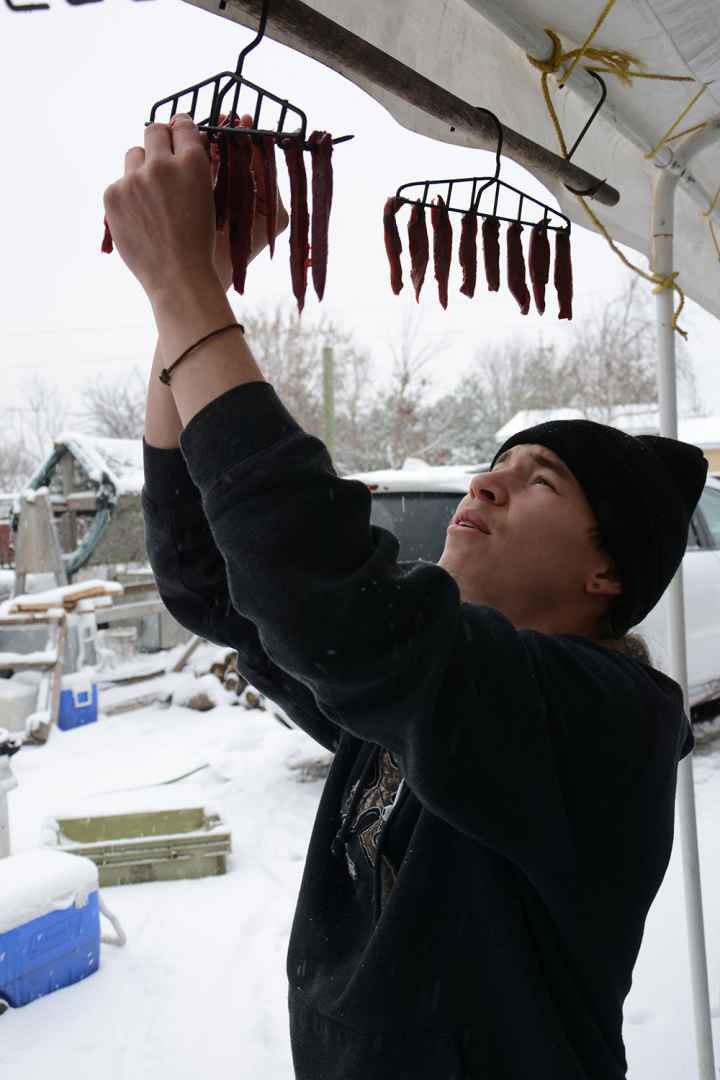 With the smoker fired up, River will then hang each piece of raw meat individually on hooks before taking them to the backyard smoker.

“We use our plum and pear wood to smoke our jerky,” said River. 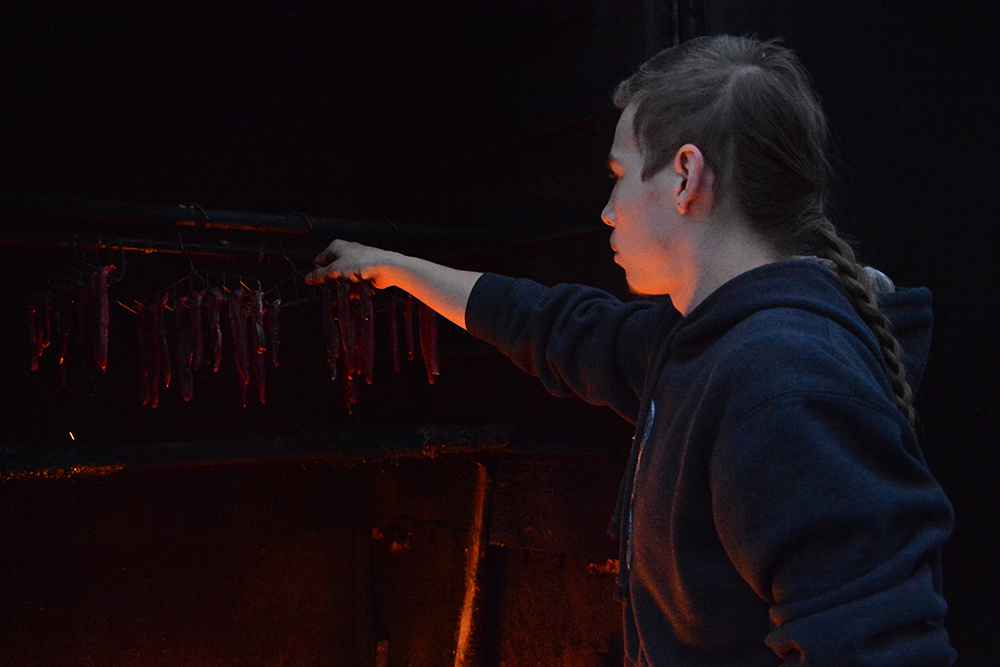 River said the jerky business may expand to deer meat, and it’s currently sold in spicy or hickory flavour. The product does not stay on the shelves long, however, and can be bought for $6.50 at Dustin’s Convenience store.

River explained why he decided to restart making jerky his father had made around five years ago.

“Why we do it is because we can,” said River. “It’s our right and it’s available to us. It goes back to the life we choose to live…My dad, what he was taught and loves to do is exactly what he was born into, which is to hunt and live off the land.”

McComber’s fish and game business is an extension of the family’s lifestyle, River said. They sell what they don’t eat as a family.

“The stuff we get extra is pretty much to sell to everybody else and not only for the money or whatever, but it’s to share that idea of getting back to an Indigenous diet,”

“Not only is it beneficial to our health – deer and all that is more lean and a better help to your body – it’s taking away from all the factories that slaughter cows in inhumane ways – and it’s who you are.”