You are here
Home > Arts & Culture > Book review: Wendy is back, with a real townie vengeance

A successful sequel can be difficult.

There have been plenty of flops on the big screen that demonstrate that. Just think of the second Neverending Story, Dumb and Dumberer or the god-awful mess that was Gremlins II.

While it’s safe to say there’s a lot of pressure to follow something great, Kanien’kehá:ka artist Walter Scott makes that transition effortlessly with the release of Wendy’s Revenge (Koyama Press, $18).

Scott’s second collection of his well-known fictional satire comic series has everything readers love about their favourite party girl Wendy, and more.

Like Scott’s first graphic novel, it is chock-full of critical art theory as it chronicles the 20-something-year-old crop top-wearing protagonist’s adventures in Vancouver, Japan, New York, and Los Angeles.

Scott has a talent for perfectly capturing and conveying the subtleties of life as a millennial within his series of panels. You know, like, the urgency of posting selfies on social media, staring at your phone waiting for a text message from a crush, or being sprawled out in bed – bra-less – binge watching Netflix. 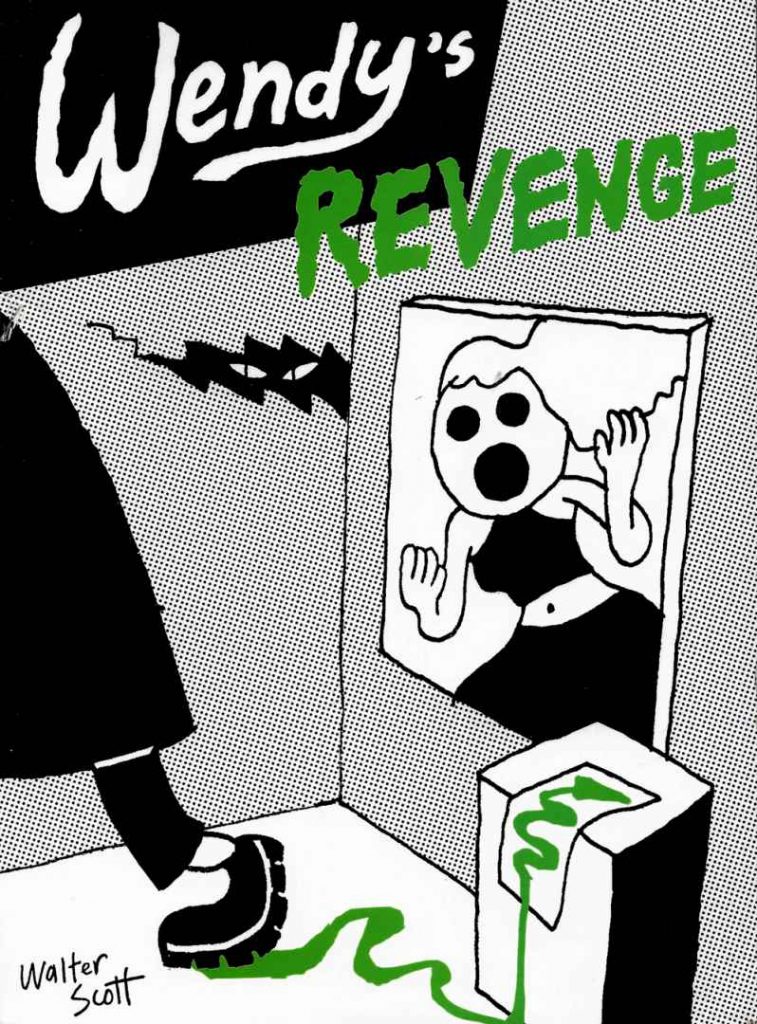 “I’m just trying to write stories that directly reflect the experiences of people at this age,” Scott told The Eastern Door earlier this week.

Wendy’s Revenge is smart, witty, and got a whole lot rezzier – that’s a good thing, right?

“I just feel like now that it has a very wide readership, I wanted to inject more stories about that part of my life into it because I think they’re funny, interesting stories that a lot of people can relate to even though they’re not from Kahnawake,” said Scott.

“Since Wendy is about the art world, I wanted to tell stories about what being an artist is like, specifically coming from Kahnawake or being Indigenous.”

He captures the feeling urban Indigenous people may feel returning to their community after being away, what it’s like having a critical Ista, or worse – when only one person shows up to an exhibition at the Cultural Center.

And yes, there are also dogs roaming the streets.

“I don’t think Native women are represented in a lot of things that I read, at all. So, I wanted to push through to a wide audience, stories of real Indigenous women – the way real Mohawk women talk and things they’re concerned about.”

There’s also plenty of Kanien’kéha used in the dialogue, in addition to an entire chapter in Japanese based on a three-month residency Scott did in Tokyo in 2014.

While the Japanese panels have translations in English, much of the Kanien’kéha doesn’t.

“I think it’s interesting to see that this book is going to be published everywhere and there’s going to be many, many people who don’t understand little parts of it. Little parts of it will be completely misunderstood by most people, and I kind of like that,” said Scott. 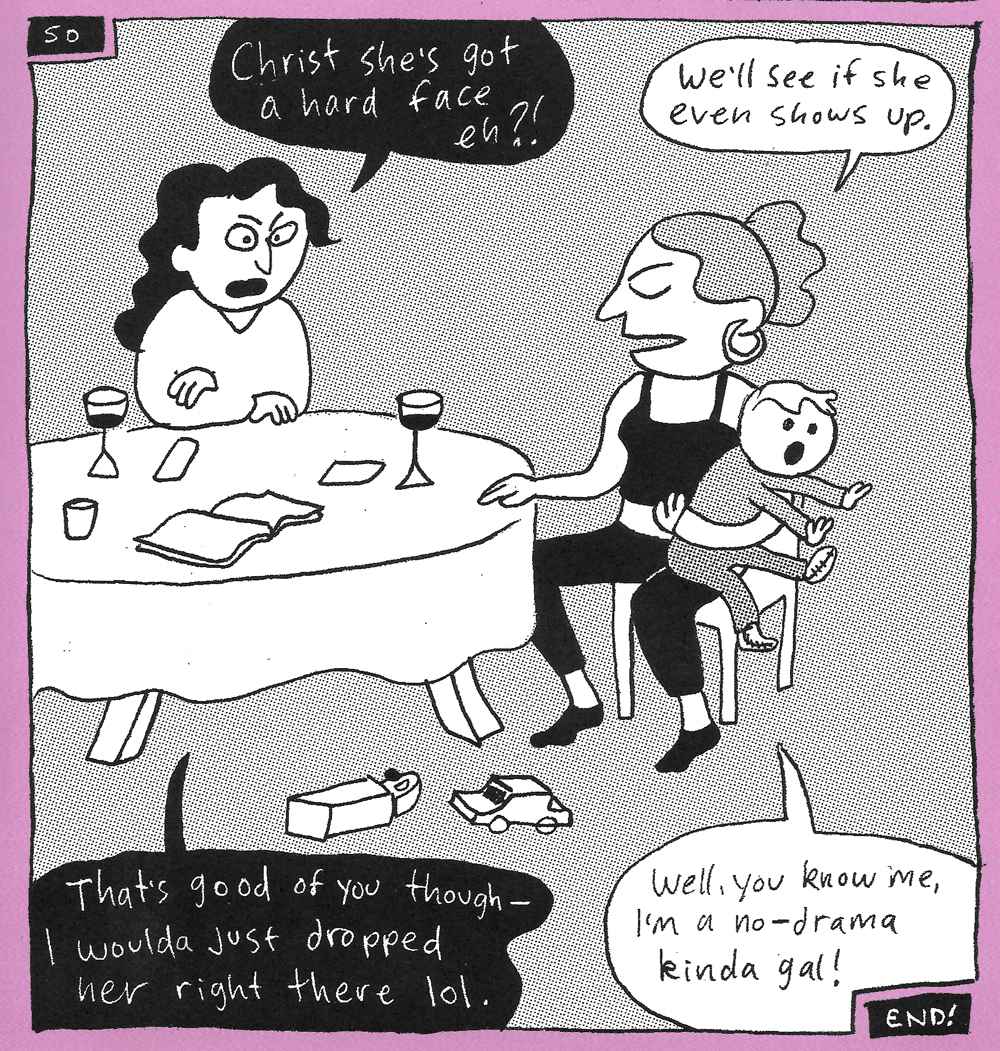 “I was thinking about our language. I wanted people who read Wendy and feel like it’s theirs to get a sense of how that feels – to feel like something is yours but it isn’t – you feel a kinship to it, but you don’t understand.”

As I did with Wendy, I finished reading Wendy’s Revenge in its entirety in just one sitting – and that means a lot for someone that usually falls asleep three pages into an attempt at reading anything that isn’t beaming from an iPhone.

You will too. Then, you’ll be left a little sad that it’s over.

But, don’t fret, Scott said another is in the works, we just might have to wait a little longer until your next Wendy fix.

Right now, Scott has been living in Guelph, Ontario. He’s studying at the University of Guelph for his master’s degree in studio arts.

“I would like to eventually, but right now my grad school studies are kind of taking precedence because I want to try to get back into sculpture, painting and drawing. It might be a while before the next one comes out, but I’m hoping that one is about my experiences at school,” said Scott.

Wendy’s Revenge launches tomorrow night at the Librairie Drawn and Quarterly in Montreal.