Dozens of community members marched throughout the streets of Kahnawake in solidarity of the people in Standing Rock,  (Jessica Deer, The Eastern Door)

Onkwehón:we from across Turtle Island have been standing in solidarity with the Lakota community of Standing Rock in their opposition of the Dakota Access Pipeline.

Kahnawake is no exception.

“We’re the protectors and defenders of Mother Earth and we have to protect her,” said Chantal Loiselle-Stacey.

Loiselle-Stacey, along with Karina Picard and Mike Diabo, organized a peaceful walk throughout Kahnawake Tuesday evening to show their support.

“I think all the Aboriginals across Canada and in the States – actually everywhere around the world – are gathering right now to support Standing Rock,” said Picard.

“You can see through Facebook how community members are concerned and many want to get up and go to Standing Rock – but, kids, work, you know, we have commitments here that stop us from going. Some can’t help, either physically or with money, so how about we stay here and show support the best we can?”

On July 26, Standing Rock, located near Cannon Ball, North Dakota, learned that the US Army Corps of Engineers gave the green light for a $3.78 billion pipeline to run within a half-mile of their community without consultation or consent.

The new 1,172-mile pipeline plans to transport up to 570,000 barrels of crude oil from the Bakken oil fields across four states to Illinois.

Hundreds of Indigenous people, environmentalists and activists have gathered outside the construction site, including several Kahnawa’kehró:non.

“It’s the protection of our environment, our water – our resources to secure for future generations,” said Jasmine Jiles.

Jiles said she plans on traveling to the site in the coming weeks.

“I’m still waiting on a passport situation, but I’m definitely going to be going down there at some point. I have a lot of friends that are at the camp at the moment,” said Jiles.

She also has a friend who is currently on tour with nu metal band Korn, who will be in Fargo, North Dakota on September.

“They want to invite the Aboriginals at camp to attend the show as guests and to speak on stage about what’s going on in the States in terms of the pipelines, so I think that’s pretty cool,” said Jiles.

Jiles was just one of the dozens of community members that participated in Tuesday’s march, which started and ended Karonhianónhnha Tsi Ionteriwaienstáhkhwa. Many carried Warrior and Confederacy flags, or signs expressing their opposition to pipeline projects. 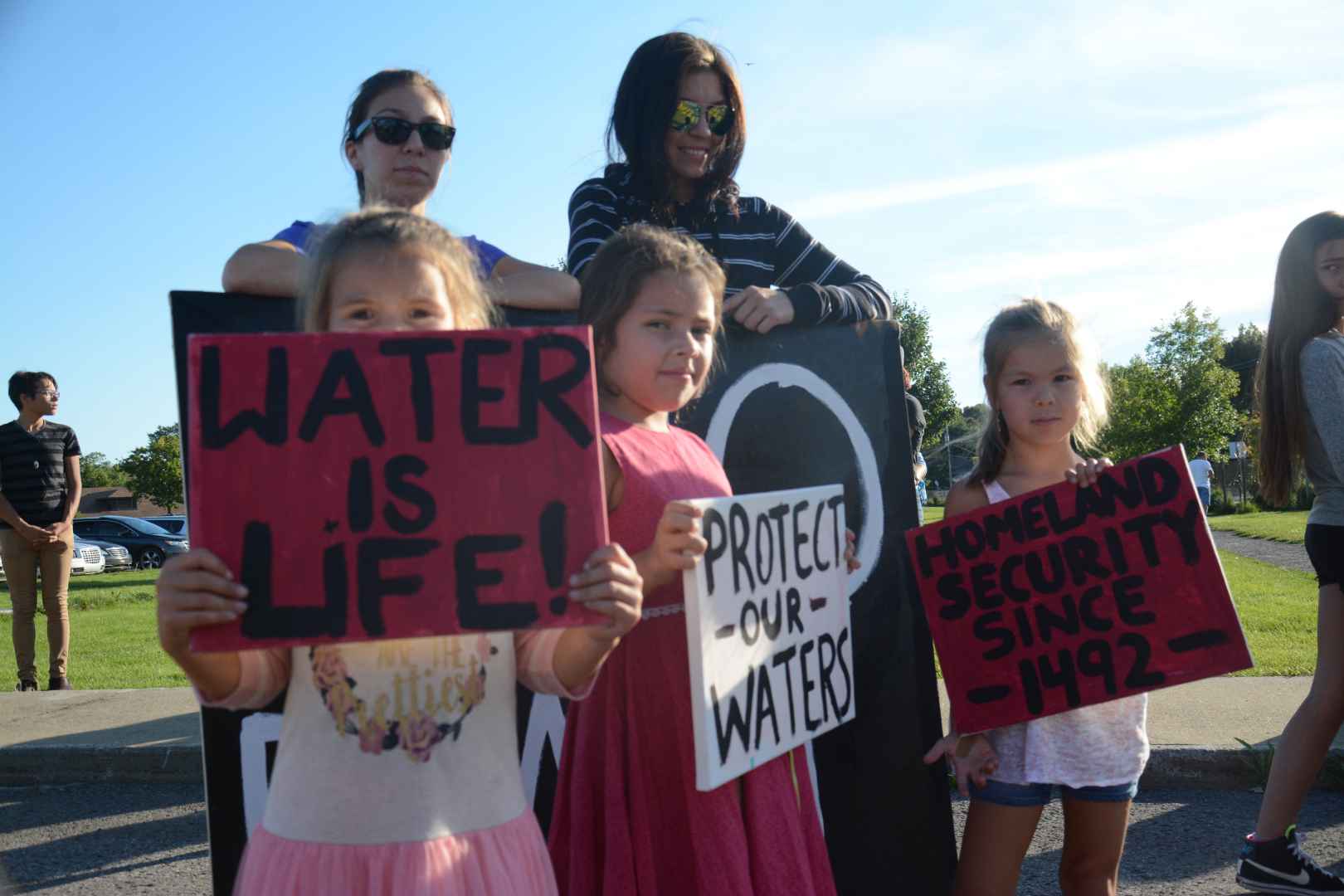 “We are at a time that we’re smart – we can find different ways to use anything instead of fossil fuels,” said Picard.

“I thought it was important for us to get involved because the Energy East pipeline is coming. So, we’re going to be facing that and by showing support to them, they’ll be heading up here hopefully to help us.”