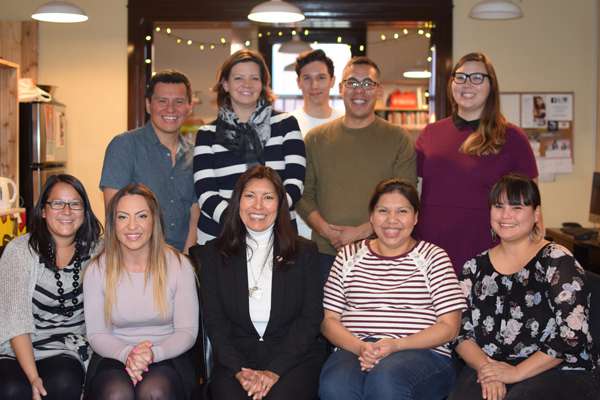 The first female Native American judge marked her first trip to Canada last week with a two-day visit to Montreal, making a number of appearances in Kanesatake and throughout the city.

Diane Humetewa, a member of the Hopi Nation in northeastern Arizona is United States District judge in Arizona. She was confirmed in 2014 as the first Indigenous woman and enrolled tribal member to serve as a federal judge – and is only one of three Indigenous people in history to serve in the position.

“It is a milestone, but is one of those things that feels like it should have already happened a while ago,” Kakwiranó:ron Cook, the McGill University Aboriginal outreach administrator, “If anything, it is one indicator of slow evolution in installing Indigenous people in some of the highest positions of influence in justice.”

Judge Humetewa visited McGill’s First Peoples House last Friday afternoon as a part of a jam-packed meet and greets scheduled during her visit organized by the U.S. Consulate General.

After a brief visit to the new Ashukan Cultural Space in Old Montreal, the consulate organized a roundtable last Thursday that included Mohawk Council of Kahnawake grand chief Joe Norton, Assembly of First Nations of Quebec and Labrador regional chief Ghislain Picard and other notable reps from Indigenous organizations in Montreal.

“I was honoured to meet grand chief Norton,” said Humetewa. “I see that he has a real passion for serving his community and the First Nations in Canada. He has a very deep understanding of the issues facing his nation, the political and governing structure, and also the future challenges before him.”

Annick Landreville, public affairs advisor at the U.S. Consulate General in Montreal, said the roundtable was organized for the judge to familiarize herself with some of the main issues Onkwehón:we in Quebec face.

On day two, Humetewa spent the morning in Kanesatake.

“We started with a meeting with the Mohawk Council, from there went to the high school and then met with an adult language class,” said Landreville, “Then we went to the Pines to spend some time discussing the events of 1990 and we also went to see the residential school memorial.”

Humetewa said she was humbled by the warm welcome she received by grand chief Serge Otsi Simon and the rest of the community.

“They, like many tribal members in the United States, are living in two worlds, and they are trying to balance their traditions, language, and culture with all of the challenges of this modern society,” said Humetewa.

During the afternoon, she made the stop at the First Peoples’ House.

“I am always so happy to see Indigenous students engaged in higher education and to hear of their experiences and future plans. Often I find that many of these students and I have shared similar experiences,” Humetewa told The Eastern Door.

“It restores my faith to see how students have overcome adversities to make their lives and the lives of those around them better.”

“It was one of those unique opportunities for an informal setting to meet her, introduce ourselves – really for inspiration and to have an incredible person to come into our circle. It was a real honour to host her,” said Cook.

Concordia University student Chantal Henderson was one of the Indigenous students in attendance.

“It was very intimate and we were able to ask her questions about anything,” said Henderson. “We sat around a table, had snacks, and listened to her story about how she became a judge, where she grew up, and how she was supported by both of her parents.”

Henderson said the experience was emotional when Humetewa spoke about the day she realized how much of an impact she’s made on Indigenous people.

“She’s made it as judge – any of our people can do it too! It just takes one person,” said Henderson.

Humetewa received her law degree in 1993 from the Sandra Day O’Connor College of Law at the Arizona State University – she was the first person in her family to go to university.

“It made me realize how much of an impact I have on my family to finish my education, to make a better future for the next seven generations,” said Henderson.

“The day ended with a public event hosted by the McGill Faculty of Law’s Centre for Human Rights and Legal Pluralism. There, she gave a public address on courts, adjudication and Native American legal traditions,” said Landreville.